In an exclusive OCN Party Q interview, we get to know "Cobra Kai" star Martin Kove a little bit better!

Cobra Kai Season 2 just dropped on YouTube Premium, so we thought this would be a great time to catch up with Martin Kove -- who plays "No Mercy" karate sensei John Kreese -- and ask him a few party questions!

Martin Kove's iconic role as John Kreese in The Karate Kid franchise, and now the Cobra Kai franchise (its continuation), takes savagery to the next level.

I recently talked with Martin at length about Cobra Kai, as well as his role in Quentin Tarantino's Once Upon a Time In Hollywood, for Hidden Remote Magazine and Commyounicate Magazine (links below), and he was willing to continue the conversation and answer some fun questions for our readers here at Our Community Now as well!

Here's what Martin Kove had to say! 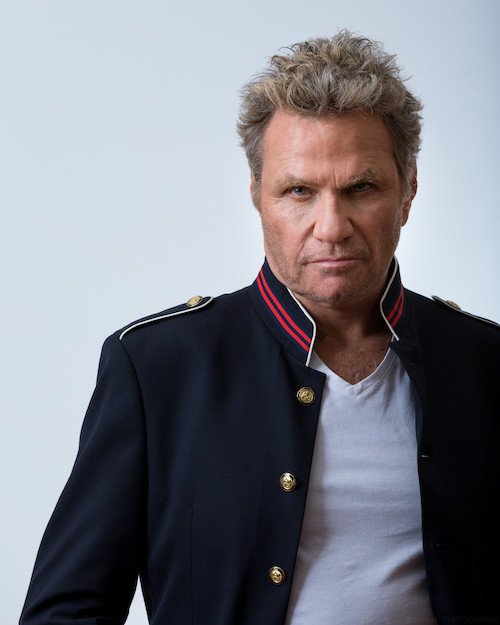 Cobra Kai Season 2 is now on YouTube Premium. Once Upon a Time in Hollywood hits theaters worldwide on July 26, 2019.

OCN Interviewer, Ryan Mekkes: Who would win in a fight -- Chuck Norris or Mr. Miyagi?

OCN: Who is the goofiest co-star you have ever worked with?

MARTIN KOVE: The goofiest I ever worked with who I experienced was Robin Williams in person.

OCN: And who out of all your co-stars has had the best hair?

MARTIN KOVE: Best hair? Gene Barry, who had his own TV series, western. Had great hair.

OCN: What has been your favorite scene ever to film?

MARTIN KOVE: I'll give you two. One with Kevin Costner in Wyatt Earp where I punch him out, and the second one would be actually the "No Mercy" scene with Billie Zabka in Karate Kid.

MARTIN KOVE: Yeah, the original. Where I wipe his nose with the blood.

OCN: Do you like fake Christmas trees or real ones?

MARTIN KOVE: Passover. The Jewish holiday of Passover is my favorite holiday.

MARTIN KOVE: The hardest I've ever laughed was meeting Robin Williams at a place called Two Bunch Palms. He had just come out of getting a massage. And you know how tired you are when you get a massage -- you're exhausted. Well, he came out, and we were waiting to go in. And this is -- I guess, 1981 -- when I had just gotten married. My wife and I, we were there. And he did 45 minutes on waiting for subways in New York. He sat down with us exhausted from a two-hour massage and deep tissue stuff, because we talked about that, and he did 45 minutes of how it is to get around New York on the subways. We were on the floor. We never made it to our massage. We blew it off because myself, my wife, and another couple were just on the floor in the waiting room. It was so funny .... He had us in stitches. I wouldn't think I could laugh any harder than that, ever.

OCN: That is so funny!

MARTIN KOVE: He just was on! Cat was just on, you know?

MARTIN KOVE: The portrayal of how you use your own personality in situations of your character. How you incorporate Martin Kove into the situations. In other words, you ask yourself one simple question, "How would Martin Kove act if thrown into the situation of this character?" And that's what's fun for me. The art of research and development for me is really probably the most fun. Not necessarily in front of the camera, but when you play a real person and you can go research a mercenary or play a crooked police chief. No matter what you do, the most exciting roles for me have been non-fictional characters who I sought out a relative or someone to tell me about it. And it's great. The moments you get, the innuendos, the physical attributes, all the different things. That to me is as interesting as the event of acting.

MARTIN KOVE: The business. The business, bar none, with big capital letters. And as you get further up into the higher levels, it's just ... it's merciless. You do it because it just comes with the game, you know? The higher the stakes, the more merciless individuals you come across.

MARTIN KOVE: Bucket list items, yeah. My son Jesse -- he's just so helpful in my career and all that. He's 28, and we've done about six movies together. We just did a World War II movie called Blood in the Sand together. I would love to do a western with him.

OCN: That's awesome. What are your favorite songs of all time?

MARTIN KOVE: The soundtrack of The Good, The Bad and The Ugly. That six-minute trilogy gunfight at the end of the movie where they have all this great brass and trumpets. It's a brilliant six-minute soundtrack. Lee Van Cleef and Eastwood and Eli Wallach staring at each other waiting on who's gonna draw first. I think it's at this cemetery. It's brilliant. It's called The Trio. It's the last cut -- it's the big gunfight. It's great. That's actually my favorite because I'm big on soundtracks. That and rock and roll "Shout" by the Isley Brothers.

OCN: What's the greatest factor that's contributed to your success?

MARTIN KOVE: I had a terrific time working with Sean Connery. I was his stand-in back in 1972 in a movie called The Anderson Tapes. I watched Sean Connery listen -- just listen. And it was so interesting to watch him. Then I became friends with him years later. We became tennis buddies. Then he did the Wind and the Lion -- that soundtrack was one of my favorites .... I got married to that soundtrack, the John Milius film. Sean Connery did it ... with Candice Bergen. I learned a lot from him. Because one day I walked up to him and I was accepted into the School of the Arts at NYU and also accepted the same year to work with this repertory company. And I really didn't know if I should continue going to the fifth year of college or go into the streets and just become an actor professionally and try it out. So I walked up to him and I told him the plight I had, and he said to me, "Young man, if you can do Antigone, you can do anything." If you can do the classics, you can do anything. But we had a good time together playing tennis. He's a really, really good guy. He probably doesn't even know that he was that influential in my career.

MARTIN KOVE: Yeah, I do. Unfortunately, I don't get a chance to do as much pleasure-reading as I like. There's a lot of good books. And I read a lot of books about films like Casa Blanca -- my favorite film of all time is Casa Blanca. I love to read books about the making of films because they're all so unpredictable. They're all stories or movies [that] become hits, like The Karate Kid. Whoever expected that kind of success? We didn't even like the title; we thought it was like a Bruce Lee movie when we were all making it.

OCN: What are you most excited about with Cobra Kai season two?

MARTIN KOVE: In a sense, the textural development, emotionally, of John Kreese, which is good and bad.

This interview concludes a three-part conversation I had with Martin Kove. To see parts one and two, where we discuss his roles in Cobra Kai and Quentin Tarantino's Once Upon a Time in Hollywood (where he co-stars alongside Brad Pitt, Margot Robbie, Al Pacino, and Leonardo DiCaprio), feel free to visit Hidden Remote Magazine at this link for part one, and Commyounicate Magazine at this link for part two.