In an exclusive OCN interview, we get to know comedian Chris Porter a little better with a get-to-know-you Party Question Interview!

You may recognize Chris Porter from Comedy Central's Live at Gotham or his top-rated Netflix special, Ugly & Angry. The well-renowned comedian has an undeniable talent for making crowds lose it laughing.

We recently had the chance to get to know Chris a little better by way of a party question interview -- because, after all, there's no better way to get to know a person than by asking if they'd rather fight a lion or a bear.

His new comedy special, A Man From Kansas, is set for release on April 16. The pre-order link can be found here.

Here's what Chris Porter had to say to us about cars, unpopular opinions, pets, and more.

OCN: If you could only eat from one restaurant for the rest of your life, where would you eat?

CHRIS PORTER: Never been a "pick-up line" guy, but if I was gonna use one that I've heard, it’d be this one -- "Ya know, I’ve been looking around this place and I’ve noticed I’m not the biggest guy here, I’m not the cutest guy here, nor am I the most well-off, but I am the only one talking to you.”

OCN: What did you want to be growing up?

OCN: What's one of your most unpopular opinions?

CHRIS PORTER: That Luke Bryan and his music are f****** terrible.

OCN: Do you have any hidden talents?

CHRIS PORTER: I can turn off women in a single sentence, but I think that’s pretty well-known.

OCN: Would you rather fight a lion or a bear, and why?

CHRIS PORTER: Lion. I feel like if you defeated a bear, people would be like, “Yeah, but could you beat a lion?”

OCN: You can have any pet in the world -- what do you choose?

OCN: Where is your dream vacation spot? 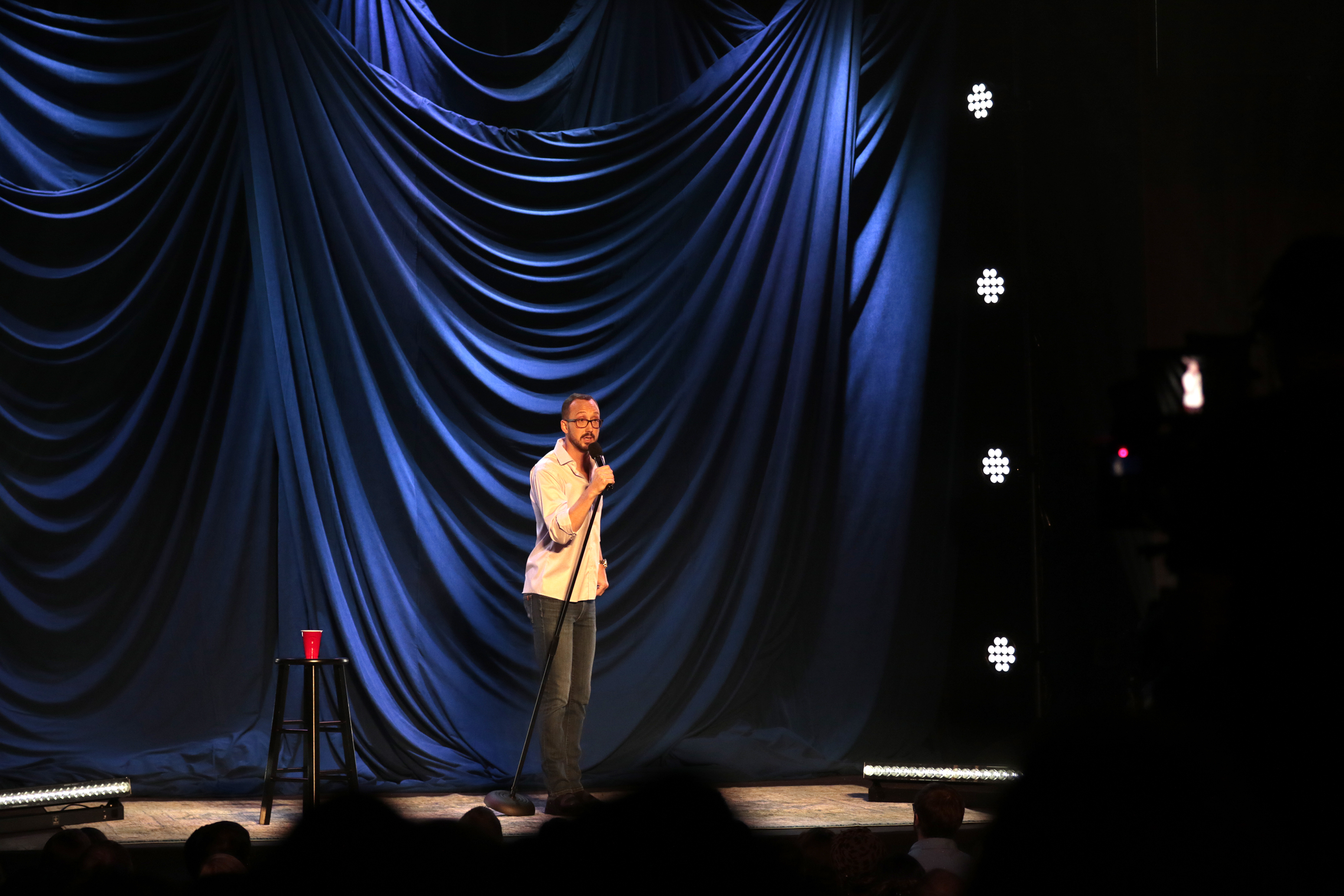 OCN: What character, from any movie ever created, do you most relate with?

CHRIS PORTER: A tie between Doc Holliday from Tombstone and Norbit.

OCN: You're deserted on an island -- what's the first non-essential item you take along with you?

OCN: What's a side of you that people rarely see?

OCN: Who's your favorite comedian?

CHRIS PORTER: He owes me money.

OCN: What's the craziest city you've ever performed in?

OCN: What's the most nervous you've ever gotten before a show?

CHRIS PORTER: Probably the first time I went up. I think I took 14 s**** in 10 minutes leading up to it.  The last nine was just farts and whimpers.

OCN: Are you an introvert or an extrovert?

CHRIS PORTER: Introvert till the host says my name and then ...

OCN: Describe yourself in three words.

A Man From Kansas is set for release on April 16.

In Memoriam: 5 Stellar TV Shows We Left Behind in the 2010s