Kaitlyn and Kristina dive into the Disney+ streaming service and reminisce about the movies and shows that deserve a watch (or rewatch), before discussing the latest in entertainment news—including our predictions for the 2020 Oscars on Sunday, the announcement of the “Hamilton” movie, and more.

Double Feature is a weekly podcast by identical twin sisters Kaitlyn and Kristina. We’ll review movies and TV shows, talk all things cosplay, give our two cents on new products, and just nerd out, so expect a ton of inside jokes that only the two of us understand. (Sorry, not sorry!) This podcast is basically just an excuse for us to talk nerdy and drink while we do it!

You can watch Episode 9 of Double Feature below, or listen to it on RedCircle, Spotify, and iTunes.
Subscribe to the Our Community Now YouTube Channel so you don't miss out on new videos. 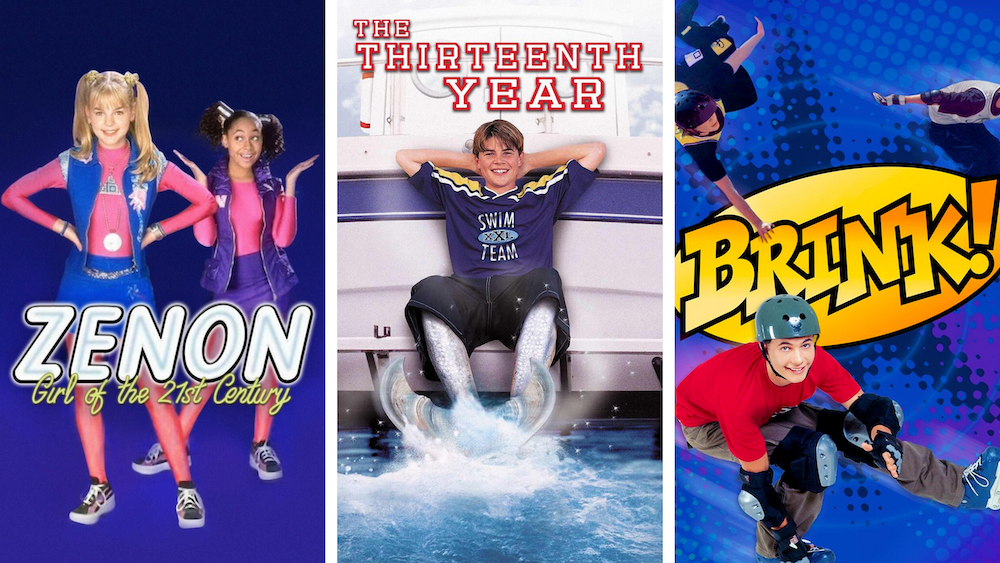 Disney+ has a ton of titles that we've loved since we were kids, but for Kaitlyn and Kristina, the Disney Channel Original Movies (DCOMs) are where it hits home. And luckily, the Disney streaming service has plenty of them available! Between Brink!, Double Teamed, High School Musical, Motorcrossed, Zenon: Girl of the 21st Century, and more, you’ll have enough nostalgia-fueled binge-watching to transport you back to the good ol’ days of your childhood.

In our opinion, the DCOMs of the late-90s into the mid-2000s were some of the best to come from the kid-friendly channel. Unfortunately, the same can't be said about the new DCOMs of the 2010s. With lots of colorful, over-the-top characters and storylines, this new era of DCOMs just doesn't have the same realness that the previous generation did—and it's painfully obvious.

Kaitlyn and Kristina then briefly discuss their predictions for the 2020 Oscars, which are happening on Sunday night on ABC. While Kristina is not a fan of Joker, she does believe Joaquin Phoenix is deserving of Best Actor. Kaitlyn, on the other hand, thinks that Adam Driver should take home the award for his work in Marriage Story. Kaitlyn and Kristina also hope to see Renee Zellwegger or Saoirse Ronan win Best Actress. And the WWI film 1917 is their pick for Best Picture! What are your predictions for the 2020 Oscars?

In case you haven't heard, a Hamilton movie is being produced by Disney for the Disney+ streaming service. The movie will feature the original Broadway cast, including Lin-Manuel Miranda and Leslie Odom, Jr. The Hamilton movie is set to be released in October 2021.