Calling all soccer fans! The 2019 CONCACAF Gold Cup has returned to Denver, and it's set to be one of the biggest sporting events in the Mile High City!

The Confederation of North, Central America, and Caribbean Association Football (CONCACAF) will soon be arriving in Denver's Broncos Stadium at Mile High, one of 15 venues across North America to host the 2019 Gold Cup. The CONCACAF Gold Cup is a soccer tournament held every two years, with 12 nations competing from three sub-regions: North America, Central America, and the Caribbean. Basically, it's a big deal in the world of soccer.

Denver's leg of the tournament will be a doubleheader event – Cuba will face off against Martinique (6 p.m.), then Mexico will take on Canada (8 p.m.). 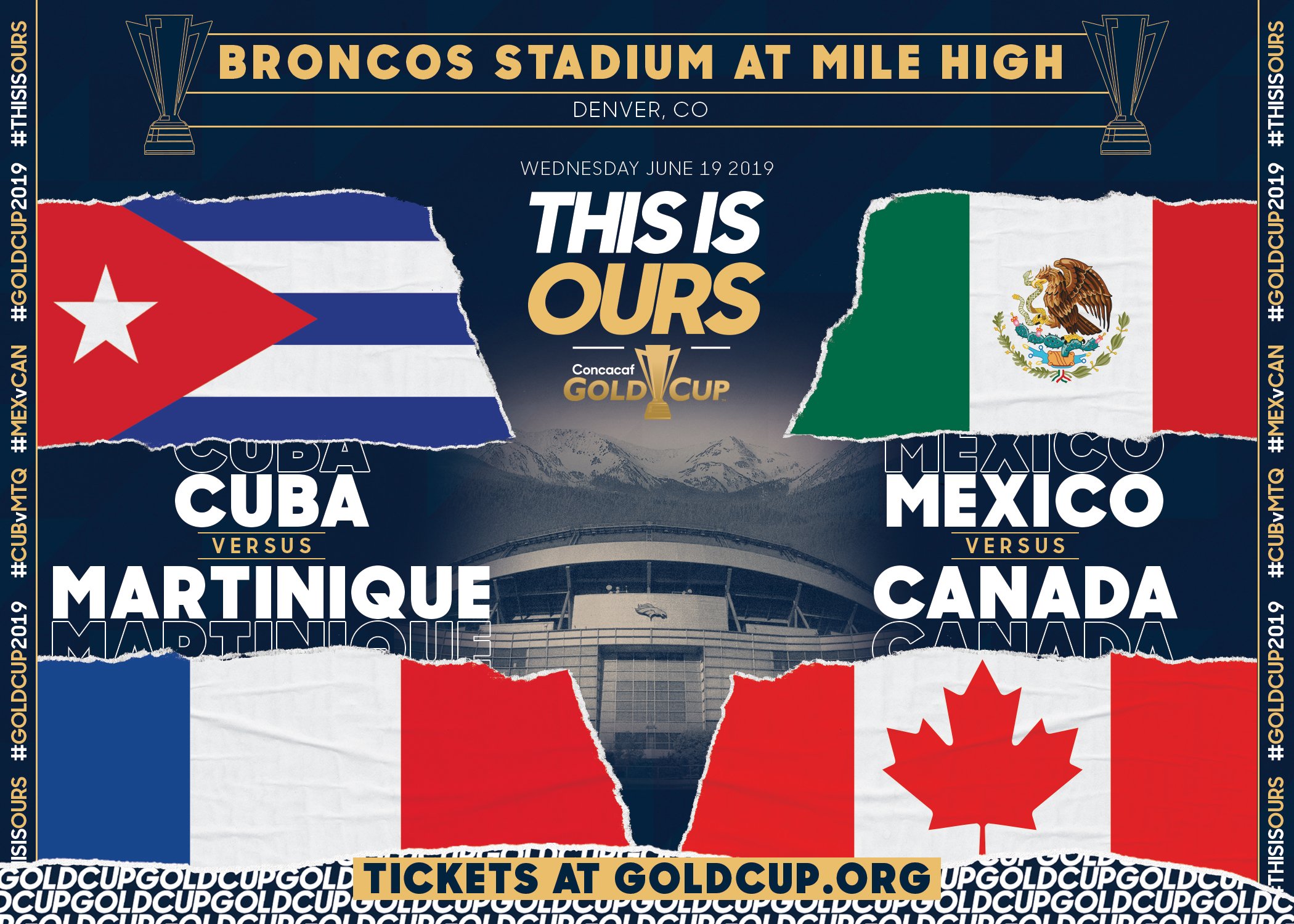 Tickets are available online. Oh, and here's the best part: one ticket is good for both games, so you'll be getting twice the action! Pretty sweet, right? Purchase your tickets before they're gone, 'cause they're going fast!

This isn't the first time that Denver has played host to the CONCACAF Gold Cup either. In fact, two years ago, in 2017, the Mile High City hosted a doubleheader between El Salvador and Curacao, and Mexico and Jamaica. Roughly 50,000 people were in attendance, making it one of the highest-attended games in that year's Gold Cup – an impressive feat considering that the U.S. team was not even playing.

"Denver is honored to once again host one of the major soccer tournaments in the world," Matthew Payne, executive director of the Denver Sports Commission, said in a statement last summer when it was first announced that Denver would be hosting the 2019 Gold Cup. "The city greeted the 2017 Gold Cup with large, energetic crowds of soccer fans, and The Mile High City is ready for another big matchup ..."

For more information on the 2019 CONCACAF Gold Cup, including the schedule, standings, rosters, and more, visit Gold Cup's website.

What do you think? Will you be attending the CONCACAF Gold Cup on Wednesday? Did you attend the tournament when it came to Denver in 2017? Let us know in the comments below, and we'll see you there!