Colombia vs. Mexico Soccer Coming to Denver in May

Colombia vs. Mexico Soccer Coming to Denver in May

Get ready for some fútbol!

Colombia and Mexico are bringing world-class soccer to the Mile High City's Empower Field. The Mexican National soccer team will embark on its annual U.S. Tour, and will be facing off with Colombia in Denver on May 30, the first time these two teams have faced off since 2012.

Tickets for the match will go on sale to the general public on Monday, March 9 via www.MexTour.org and Ticketmaster at 10 a.m. MT. Pre-order tickets are available now.

Both teams are expected to bring their top rosters in preparation for their regular summer play.

"Colombia features some of the top footballers on the planet, including midfielder James Rodriguez of Spain's Real Madrid and winger Juan Cuadrado of Italy's Juventus," according to a press release by Soccer United Marketing (SUM). 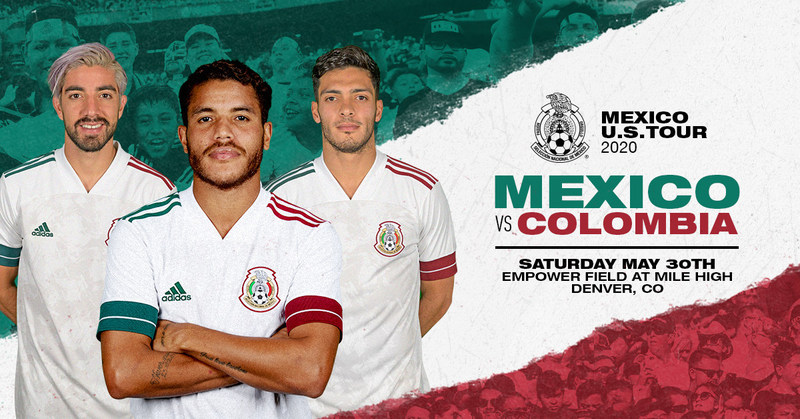 It's set to be quite the match between the two powerhouse teams. In 29 matches all-time, Mexico has won 12 games, while Colombia has won 7, with 10 draws between them. The two teams last met in 2012 at Miami's Hard Rock Stadium, with Colombia winning 2-0.

Denver has hosted the Mexican National Team on its U.S. Tour several times over the past years. It last played June 19, 2019, at Empower Field during a group stage match of the CONCACAF Gold Cup, beating Canada 3-1.

"Mexican National Team U.S. Tour matches have become one of the most popular events in the sport, with an average of nearly 54,000 fans per game during the 2019 edition. With nearly 90 games played since 2002, the Mexican National Team has been able to use the matches not only to prepare for important competitions like the FIFA World Cup and CONCACAF Gold Cup, but also to reach their fervent fan base across North America," says SUM.

Will you be going to the powerhouse match-up at Empower Field? Let us know in the comments below!