You can help battle ALS just by eating some of your faves this month!

The month of May is ALS Awareness Month, which means that for the next couple of weeks the Brigance Brigade Foundation is shining a light on Lou Gehrig's disease. For the fourth year in a row, Brigance Brigade is partnering with restaurants in Baltimore for ALS Bites, but this year they're including Annapolis, too!

Here's how you get involved if you're in the Naptown area. Both Iron Rooster (12 Market Space) and Newk's Eatery (2077 Somerville Road) will donate portions of the proceeds from designated menu items. Show up at either restaurant (or both!) and order that item and — voila! — a percentage of your check will go to ALS medical expenses, raising awareness, and improving the quality of life of those afflicted.

So what should you order?

Iron Rooster is designating their Blue Plate Menu to the cause. Order the breakfast quesadilla, Southern Cali wrap, and/or the ALS RoosTart to participate. At Newk's, order a Q sandwich pairing or the Newk’s Crushing ALS sangria. Oh, and be sure to share pictures of your eats on social media with the hashtag: #ALSBites. 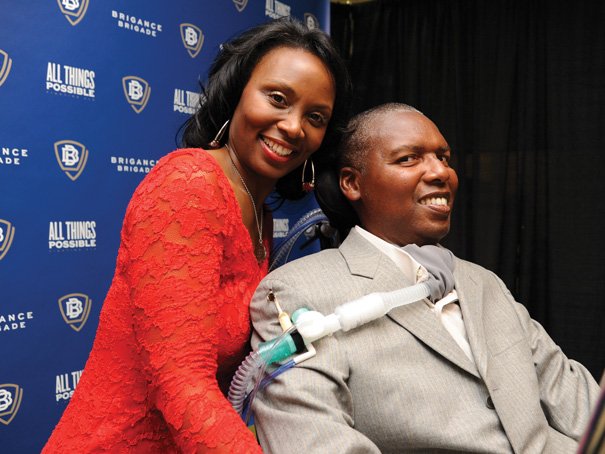 Started by Chanda and O.J. Brigance, Brigance Brigade works "to equip, encourage, and empower people living with ALS." O.J. Brigance has a long history with the Baltimore Ravens, playing on the team and then working in their front office after his NFL retirement. When he was diagnosed with ALS in 2007, he and his wife Chanda worked together to meet the challenges of ALS head on. They started the Brigance Brigade to help others in 2008.

ALS is a degenerative disease that affects nerve cells in the brain and spine that help send messages to your body's muscles. Over time, voluntary movement and muscle control become completely inhibited. There are roughly 16,000 people in the United States that suffer with ALS at any given time, and chances are you've heard of someone either in your life or in the news who has been diagnosed with the disease — ALS is the same disease that afflicted Stephen Hawking through much of his life.

So come help bite back at ALS and enjoy some good food while doing so!

Will you join the Brigance Brigade this month by dining at one of the participating restaurants? Let us know in the comments!

Kentucky Derby Will Run With 23,000 Fans in the Stands