The Lumineers will host a livestream benefit concert, Colorado Gives Back, and an impressive lineup of musicians and public figures are joining them.

Starting today, May 8, at 1 p.m. (MT), performances will be live-streamed on YouTube and will raise money to benefit both restaurant industry workers in the state, as well as Coloradans in the music industry. Proceeds will be donated and used through the Colorado Restaurant Association and the Recording Academy’s MusiCares relief fund. Spotify’s COVID-19 Music Relief project will match donations to the MusiCares project per dollar up to $10 million dollars.

Performances will be held on three stages and the event is being hosted by eTown’s Nick Forster and Bret Saunders of Denver’s KCBO.

There will also be appearances by special guests, including current Colorado Governor Jared Polis and former Governor John Hickenlooper. 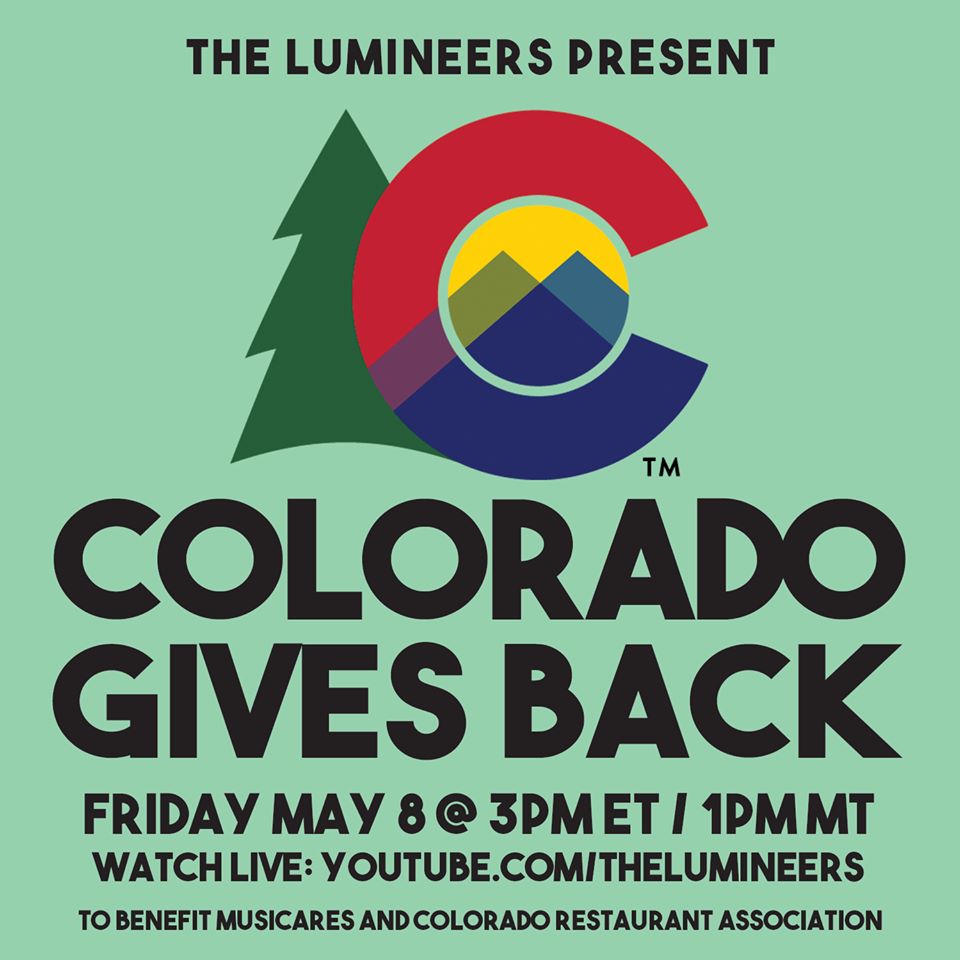 Lead vocalist and guitarist Wesley Schultz of The Lumineers said,

"MusiCares once saved us when we were robbed in 2011 by helping us buy back our stolen instruments when we were an unknown band. So, anyone from a sound guy who needs dental work to a stagehand that needs a medical procedure – this fund is for the people that make up the music business and are in need of financial help. We hope that this can help those that are struggling to get by to see the other side of this – when the touring starts up again and the crews and venue workers, the lifeblood of the music business, finally can get back to work.”

The Grammy-nominated Lumineers have been a part of the Denver music scene since 2009, and they are working now to give back to the community that has supported them.

It's great to hear that big entertainment names are working to help in their local communities. What do you think about this livestream music festival to benefit Colorado’s workers? Comment below.