The company will begin selling two of its classic sauces at grocery stores in the U.S. beginning in November.

Soon you will be able to get your favorite Chick-fil-A sauces without hitting the drive-thru. The Atlanta-based chicken restaurant has announced it will be selling bottles of its sauces to grocery stores across the country. After a successful pilot program in Florida, the company will sell 16-ounce bottles of signature and Polynesian sauces at select grocery stores in Alabama, Georgia, Louisiana, Mississippi, and Florida beginning in mid-November. Sales at stores in the rest of the U.S. are scheduled to begin in early 2021.

The popular chicken chain began selling eight-ounce bottles of five different sauces inside stores earlier this year. A portion of the proceeds from the sale of sauces at both restaurants and grocery stores will go to the Chick-fil-A Remarkable Futures Scholarship Initiative. The program helps provide scholarships for Chick-fil-A employees and has provided more than $17 million in funding in 2020 alone. 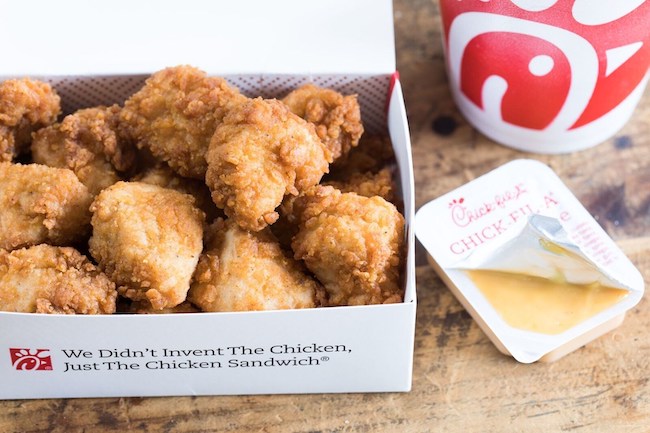 Chick-fil-A’s signature sauce is a cult classic and could be described as honey mustard with smoke flavor. Another favorite is Polynesian, the restaurant’s version of a sweet and sour sauce. The rest of the sauce lineup includes garlic and herb ranch, honey mustard, barbeque, spicy sriracha, and zesty buffalo and varies by locality.

Signature and Polynesian Sauce in 16-ounce bottles will be available for around $3.49 at Kroger, Walmart, Winn-Dixie, and Publix. Smaller bottles will still be available for purchase at Chick-fil-A restaurants for $2.50 each. Selections vary by store and include signature, Polynesian, garlic herb ranch, barbeque, and honey mustard. You can also pick up a sauce gift set, perfect for the Chick-fil-A lover on your list.

Taco Bell Is Bringing Back Potatoes, and It's a 2021 Miracle