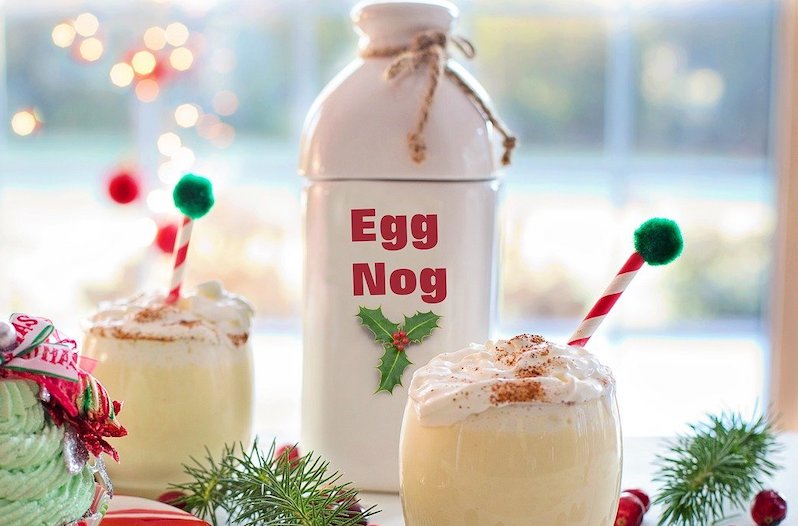 Image by Jill Wellington from Pixabay
shares
Join the Community

The lovers can't get enough, and the haters just don't get it. See what's all the fuss over eggnog.

Families have argued over eggnog for generations. Some love it, and some hate it. Rarely do families agree on this traditional holiday beverage. There is even debate over the spelling of eggnog, with eggnog and egg-nog also being acceptable. This rich dairy beverage contains a significant flavor of nutmeg and often appears at holiday gatherings.

While there are some differing stories, a common belief is that eggnog began in Europe. "As early as the 13th century, medieval monks in Britain were known to drink posset, a warm ale punch with eggs and figs. Over the years, this likely merged with the various milk and wine punches often served at social gatherings."

eggnog is made by beating eggs with sugar, milk, cream, and your choice of distilled liquor. The classic recipe hasn't changed much in years, but there are variations based on culture and taste.

In Puerto Rico, eggnog is often made with coconut juice or milk. Those in Mexico add Mexican vanilla and cinnamon with grain alcohol or rum. And Peruvians add a brandy called pisco to their eggnog.

"Can I refill your eggnog for you? Get you something to eat? Drive you out to the middle of nowhere and leave you for dead?" ~Clark Griswold, Christmas Vacation

More than just enjoying a glass of eggnog or stopping by your local coffee shop for an eggnog latte, try one of these recipes to spread the holiday cheer: