Don't be afraid—It's only a towering lawn decoration from The Home Depot.

As reality continues to prove stranger than fiction, it seems even the Halloween decorations are growing more absurd. You might have read our article on a giant, fog-breathing dragon, but this calcium champion is over twice as tall. 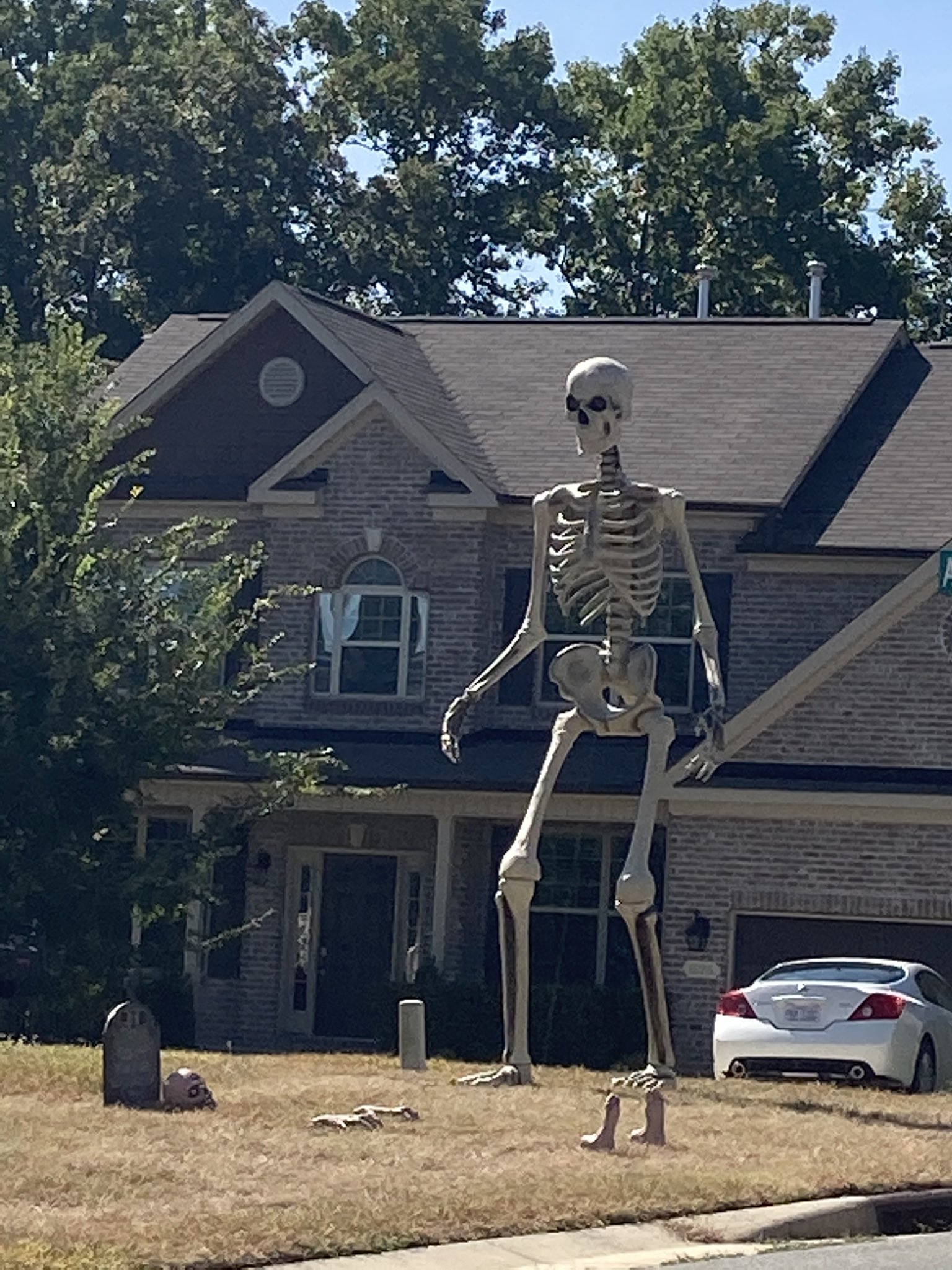 Though this boney giant was released earlier in the summer, the 12-foot-tall Giant Skeleton has only grown in reputation. Mid-September, a Tik-Tok went viral depicting one such giant strapped to the top of a Mini Cooper: 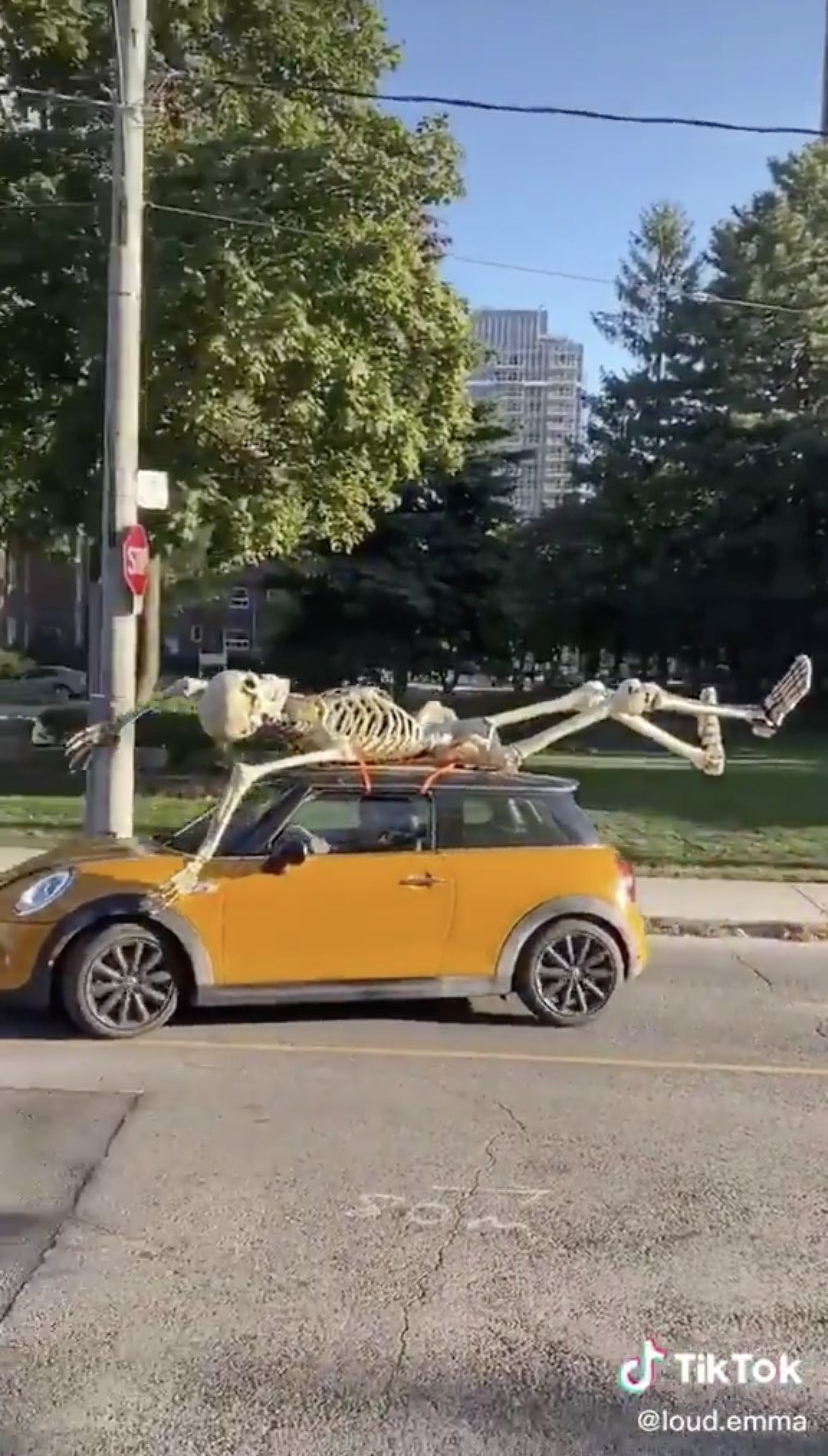 A couple popular tweets later, and the "12 ft. Giant-Sized Skeleton with LifeEyes" has become the zeitgeist of this Halloween. The decoration has a wide base and sturdy legs semi-crouched in a power-stance.

the Home Depot giant skeleton is the only good thing to collectively happen to us this year. I love him. pic.twitter.com/hc2SoG4Ytg

But what are LifeEyes, I hear you ask.

In each eye socket there is an LCD screen, which conjures up animated eyes for "a creepy effect," reads the product description. 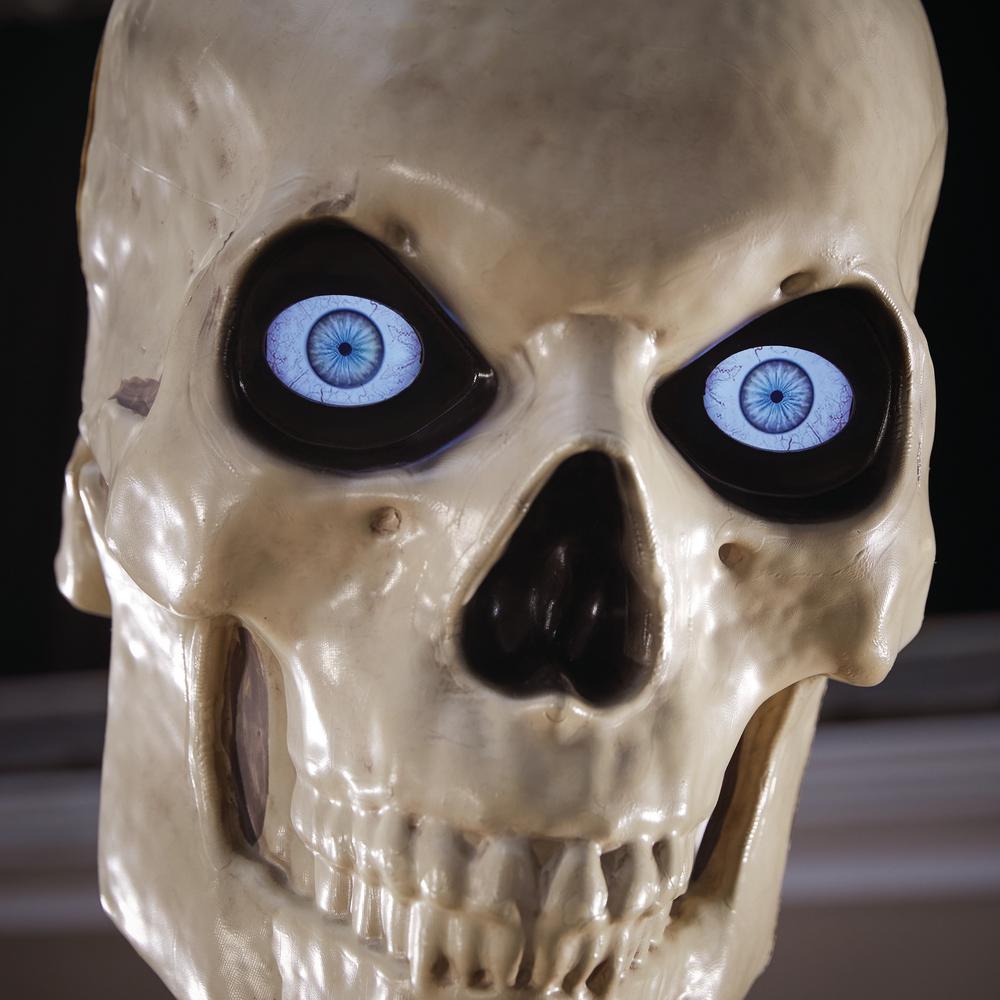 This monumental decoration has earned over a hundred 5-star reviews on the company website, and legions more clamor for one on Twitter. What then separates you from your own giant skeleton?

While that's a price tag as big as ghoul itself, there are plenty of good memes featuring the the 12 ft. Giant-Sized Skeleton for those who won't be shelling out. (Dozens more start joke GoFundMe's.)

What is your mortal reaction to the towering gravitas of the 12 ft. Giant-Sized Skeleton with LifeEyes? Comment below!