Take a walk on the dark side of downtown Annapolis to meet some ghosts of our very own.

It is already dark when the group of 12 curious "ghosthunters" gather in front of the Historic Annapolis Museum and Store to listen to "Mistress Laura" tell tales of wrongful death, disease, and mistaken suicide. Armed with sage (said to keep the spirits away), we make our way through the streets of Annapolis on an Annapolis Ghost Tour to find some of the better-known haunts. 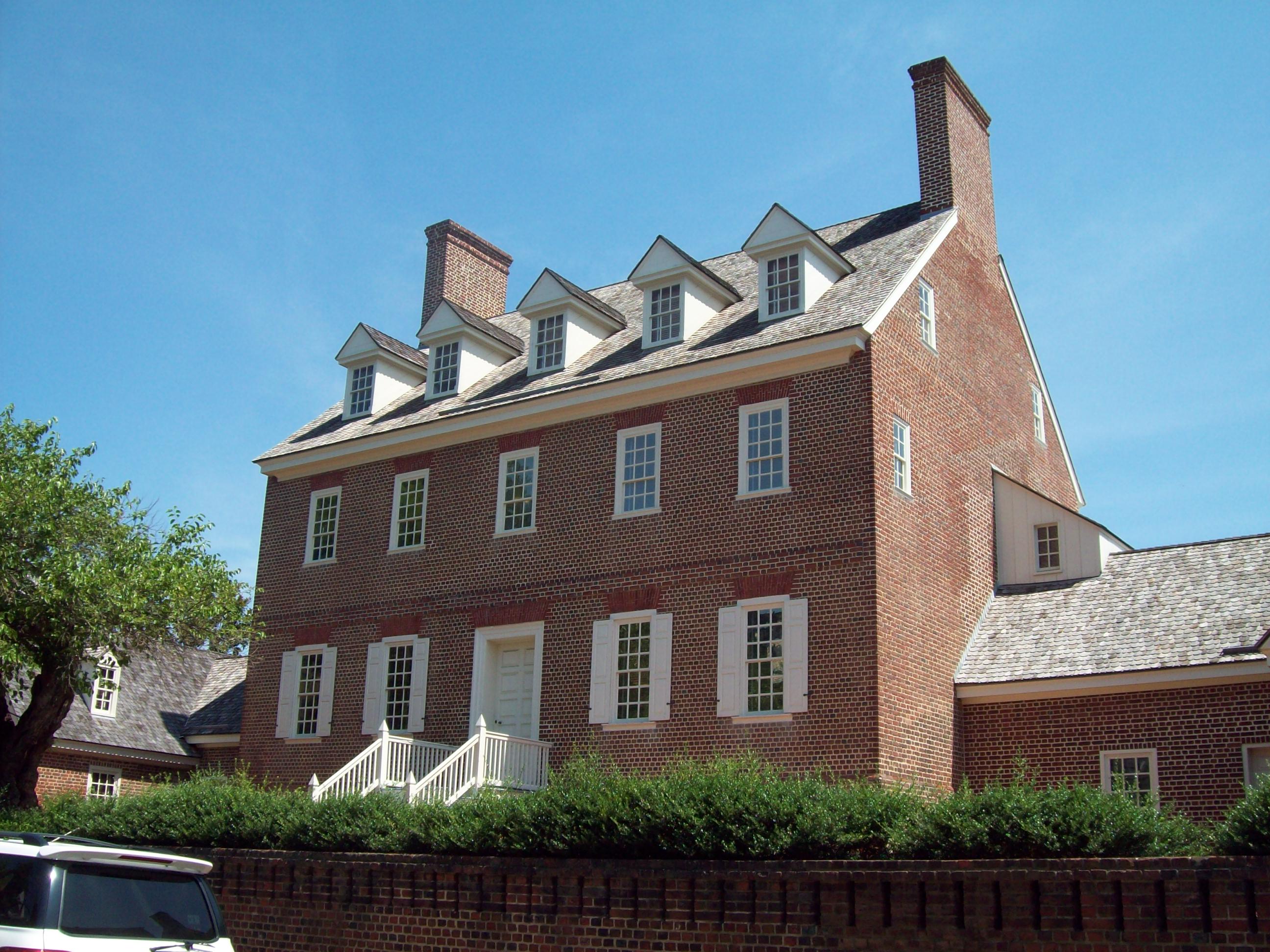 A house as old as William Paca's house is, it's bound to be haunted. Built in the 1760s, the house is now a beautiful brick museum and garden, but tonight it's dark and eerie. Candles (fake, of course, or else the dry wooden interior would burst into flames at the foot of the first clumsy patron ... ahem, me ...) line the stairs, guiding us up to what is colloquially known as the "death" room. Here, the spirit of little Henny is said to still reside with her dedicated servant and friend. After being orphaned by the age of 10, Henny went to live with her uncle William Paca. But shortly after arriving, little Henny fell sick with fever and died. Not long after, her dedicated servant died. Reenactments of the little girl's plight were later rehearsed and brought to a sudden end when the actors reported feeling mysterious chills and seeing ghostly hands on their foreheads.

The House on Pinkney Street

Now a residential area, many of the homes on Pinkney Street date back to the 1800s, and one, in particular, has a gruesome history. Mistress Laura keeps the group back from one such house so the current owners don't become alarmed at their home's haunted history. Two brothers were orphaned at the ages of 15 and 18 and left with a large sum of money. After many nights of partying, the brothers got into a fight, and one fell down the cellar stairs to his death. In order to cover up the crime, the living brother chopped up the corpse to remove him from the house piece by piece. Before he was given away by the smell of death emanating from the property, he was able to dispose of the head in Spa Creek. Ghostly sightings are reported at Spa Creek and on the cellar steps of the Pinkney Street house. 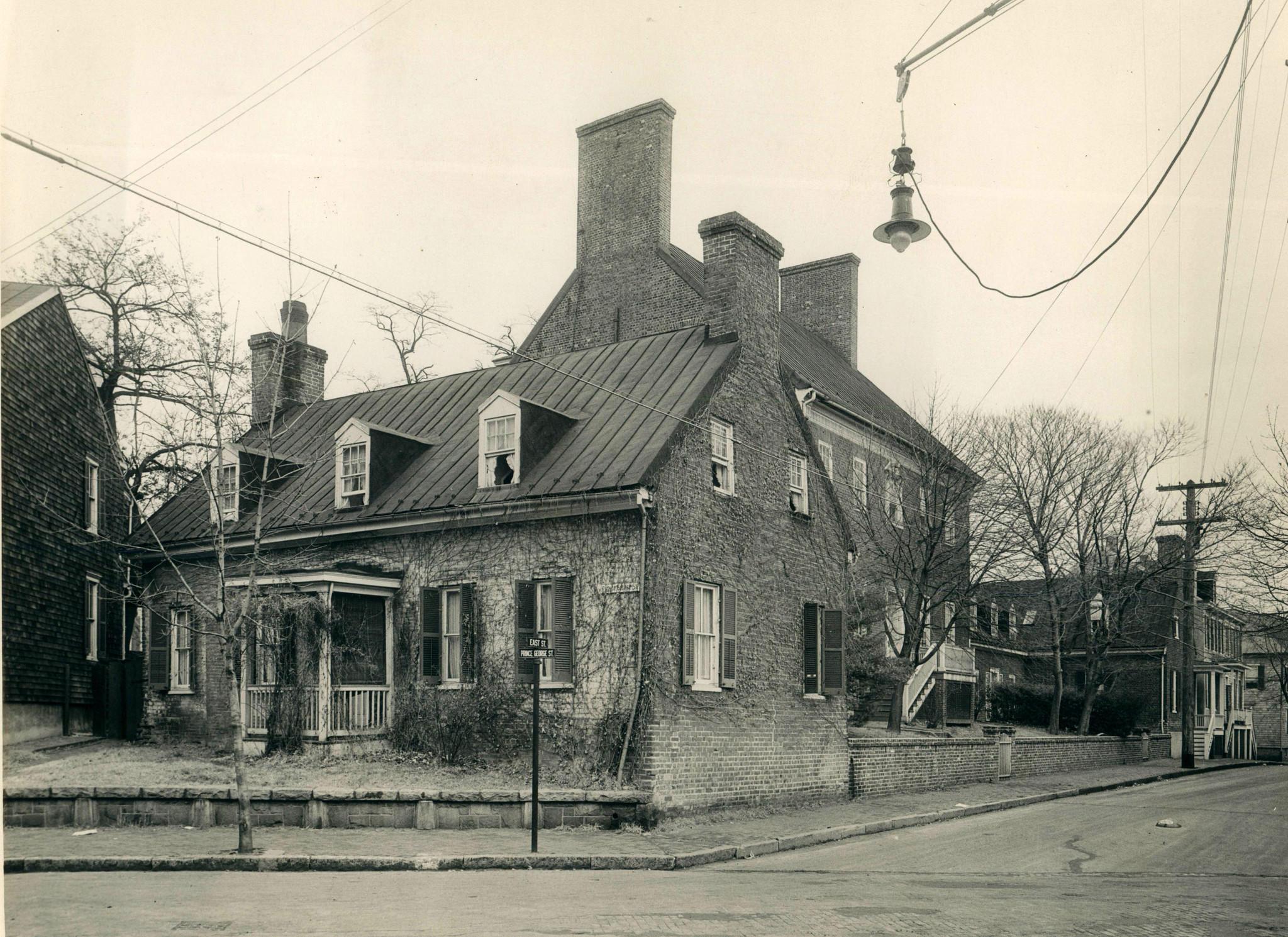 Courtesy of The Baltimore Sun

Largely considered one of the most haunted houses in Annapolis, the James Brice House is a large brick mansion. Even the air around it takes on a colder, eerie feel. Rumors about the Brice House started long ago when people claimed to see the face of a little girl in the candlelight in the window of the cellar. The Brices denied there was any such girl living at the house, but decades later the bones of a little girl were found within the walls of the basement during renovation. Unearthly screams and silhouettes in the windows have been reported late at night at the Brice House. I suggest walking quickly away if you ever find yourself stranded in front of the historic site after dark. 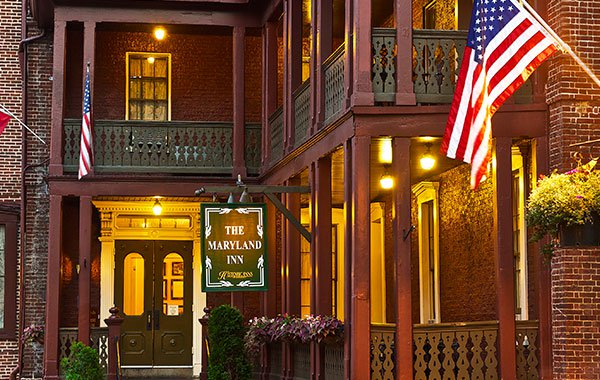 Courtesy of Historic Inns of Annapolis

A popular ghost story associated with the Maryland Inn goes like this: people have seen a woman in a wedding gown pacing room 405; guests have heard her footsteps and felt the weight of someone sitting on the edge of the bed. Without question, the manager of the inn will relocate guests who complain! This ghost is said to be that of a woman who was waiting for her lover to return from the docks. As she dressed in her wedding gown, she saw him get run over by a carriage in the streets. She decided to jump to her death so that she may die beside him.

Yes, even the capitol building in Annapolis has its own haunting. Security guards there will tell you about the mysterious swirl of fog that they sometimes spot in the dome. The architect back when they were building the state house fell to his death and lingers there still—no doubt to admire his great handiwork!

For more Annapolis ghost stories to get you in the Halloween "spirit," check out this website. Have you experienced any paranormal activity in Annapolis? Have you ever been on an Annapolis Ghost Tour? Let us know in the comments below!