“My worst day in Special Forces was better than my best day in the Army.”

If there is ever a time you need to be amazed by an individual’s adventures, all you need to do is spend a few hours talking with a military veteran.

I had the chance to sit down with Jeff "Patch" Adams and listen to his experiences in service to our country and, I have to be honest, in comparison, I feel as though I’ve done very little with my own life. Patch has combat stories worthy of an HBO series or best-selling autobiography. His professional resume alone reads like an epic saga. After a 21-year career in the Army plus time spent as a defense contractor, he’s now the current Director of Training at DCF Guns and the Colorado Outreach Mentor for the PTSD Foundation of America. 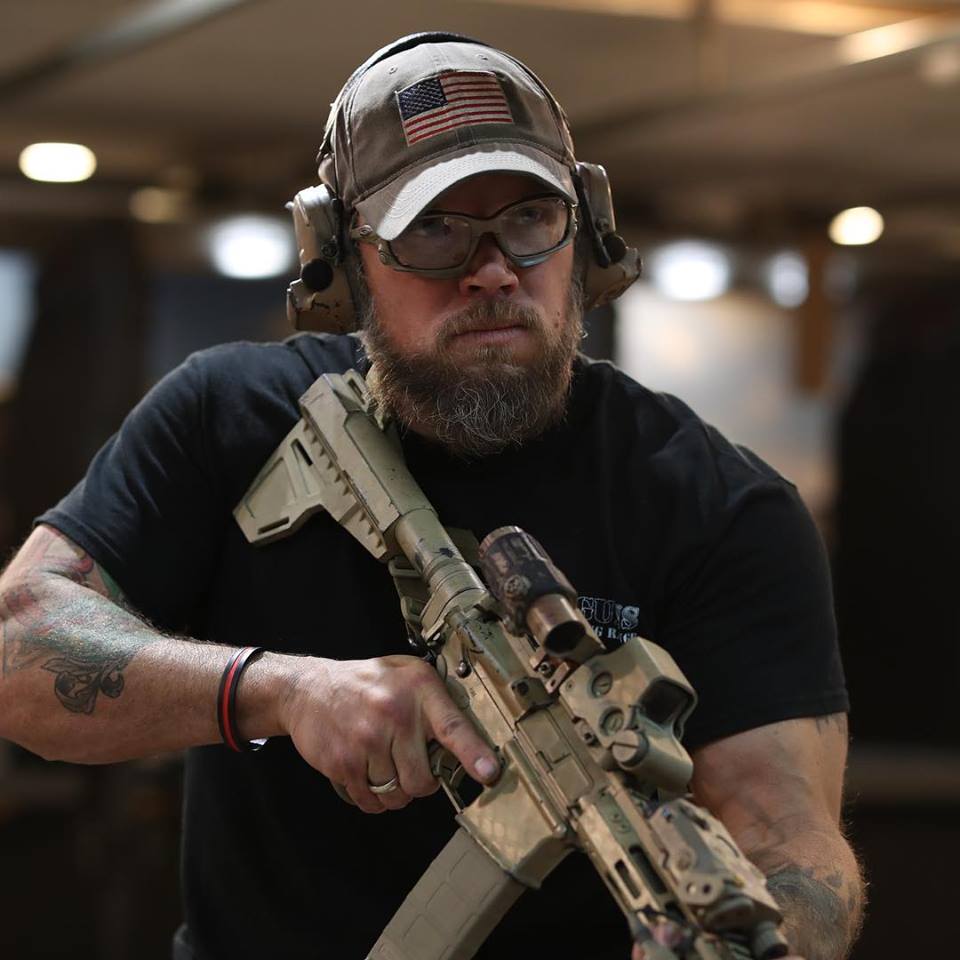 I first met Patch in the summer of 2018 on a visit to the DCF range in Castle Rock for a shooting lesson. I’ll admit, I was a touch shy upon first meeting him due to his intense military background and mastery of firearms. Through his careful and patient instruction, I never once felt intimidated or out of place. Anyone under Patch’s tutelage can expect to grow their firearm proficiency in spades. At the end of one lesson, feeling particularly brazen, I asked him how he got his nickname. He told me that he earned this moniker for his time as a Combat Medic and that his job was "patching" people up.

“Nicknames are given, not chosen,” he said with a smile.

After enlisting in the Army at the age of 18, Patch became a member of the Air Defense Artillery for five years. His first deployment sent him to the former Yugoslavia, then onto Bosnia and Kosovo to support NATO in the fight against the unspeakable hostilities incurred by Slobodan Milosevic.

Becoming a Medic and Entering Iraq

In 1997, Patch began Green Beret training at Fort Bragg. The grueling training as a Special Forces Medical Advisor began with 187 soldiers but ended with only six, Patch being one of them. In conjunction with his training as a Medic, Patch was on the Special Forces Mountain Team where he taught other Special Forces groups advanced mountaineering and high-angle rescue. His involvement in this specialization changed after 9/11 when the Green Berets were needed in Iraq and Afghanistan.

Anyone who has served, or knows someone who has served in the Middle East, know that the severity of this combat arena was unlike any other. By the end of 2002, the Iraqis kept breaking the armaments that President Bush had put in place and Patch became involved in the start of many years of U.S. involvement in Iraq.

On March 22, 2003, Patch flew from Jordan to northern Iraq to link with their Kurdish counterparts in what was known as Operation Ugly Baby. Patch’s mission as a member of Charlie Company’s 3rd Battalion (10th Special Forces Group) was to attack and eliminate a chemical weapons lab in Northeast Iraq. He recalled that the plane was flying so low that the tail hit the sand dunes twice and the enemy’s surface-to-air missile’s inbound radar was locked on his aircraft. His aircraft, Tail #31212, was the third to take off but the first to land—covered in bullet holes.

"During this flight, I never felt so helpless in my life," he said.

When many different hands are involved in your fate—most of which are working against you—the feeling of helplessness takes on a greater volume more than anyone could ever fathom.

His next major mission sent him south to the Green Line just north of the city of Jalawla where he engaged a division of Saddam’s Iraqi Republican Guard. Here, two Green Berets were wounded, several Kurdish soldiers were injured or killed in action, and it was just Patch and two other American soldiers left to fight. With the enemy troops showing up by the hundreds, Patch had to call in close air support and drop 22,000-lbs. of Joint Direct Attack Munition (JDAM). 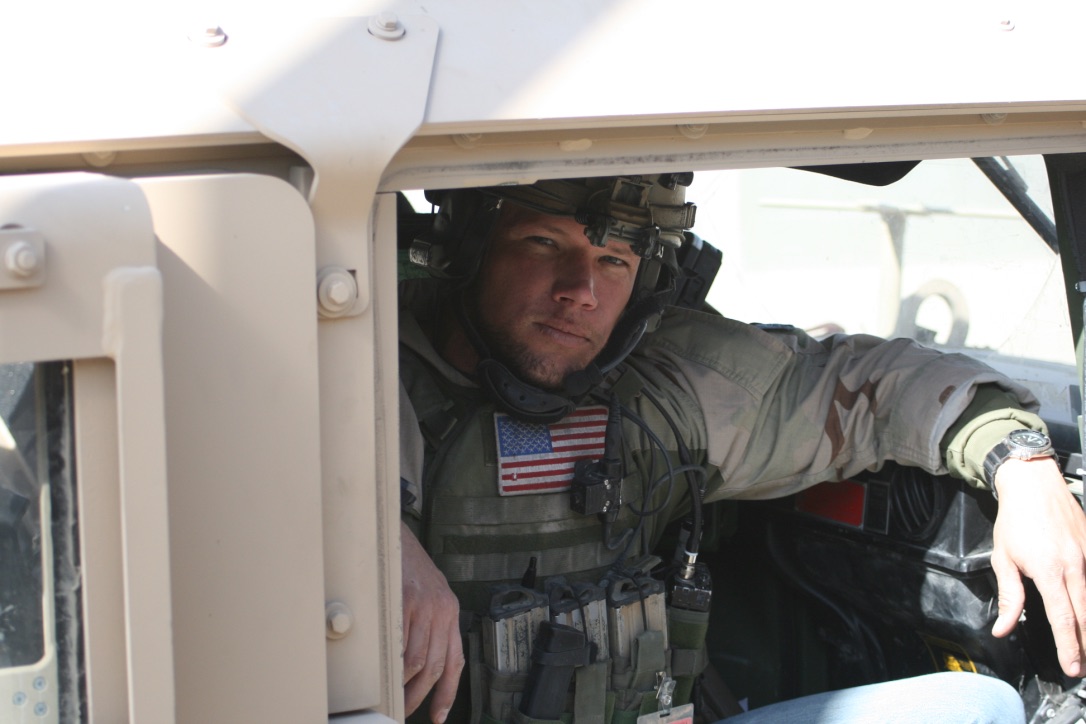 Once the Iraq Republican Guard retreated, the President of the Governing Council of Iraq, Jalal Talabani, approached them with a napkin that dictated what he wanted his foreign guests to eat Monday through Saturday three times a day, all prepared by his personal chef. That napkin is now on display in the Special Forces Museum.

Following that deployment, Patch went back to Fort Bragg and entered into training for the Special Forces hostage rescue and counter-terrorism course. After successful completion, he was assigned to Special Operations Command in the European arm of Commanders in-Extremis Force. In this role, Patch was sent to Greece to protect American athletes and U.S. interests at the 2004 Summer Olympics.

After the Olympic games ended, Patch was sent back to Iraq and deployed in support of Joint Special Ops Command (JSOC) where they targeted foreign fighters and bombmakers. With each deployment to Iraq and Afghanistan, his levels of responsibility and the magnitude of his leadership roles increased.

Patch eventually took over as the Special Forces Advanced Urban Combat Program Manager where he put aspiring Green Berets through, as he put it, "four weeks of Hell." For those who are interested in Patch’s brand of Green Beret preparation, his two-day Practical Pistol course is the closest thing you’ll get to it.

End of an Era and Civilian Life

Patch’s last active-duty deployment was in 2010 and his Army career officially came to a close two years later.

After spending over two decades in the service, I had to know what he missed the most about his enlistment, how he felt about ending a significant chapter of his life, and to get a real grasp of such a unique experience afforded to so very few.

"I miss the camaraderie, the brotherhood, the addiction of adrenaline in the combat theater. When I got out, I went into defense contracting. The missions were more dangerous, but I did it because felt a sense of guilt after retiring. Because I wasn’t missing one of my limbs, I thought that I must not have tried hard enough. So I went back and tried harder. I stopped due to too many close calls, my family was more important than the dollars on the contracts."

What was the best thing about being a Green Beret?

"Going into a situation outnumbered and outgunned to protect the oppressed, living with indigenous forces, sharing their diet, lifestyle, living conditions, sleeping on the floor next to them."

What was the greatest lesson the Green Berets ever taught you?

"Regardless of how detailed your planning is, the enemy always gets a vote." While I think that response can apply to situations outside of combat, his perspective far surpasses my own in this regard. It’s because of this unique perspective that I felt spurred to continue pressing him for more insight.

What would you tell someone who wants to become a Green Beret?

"Being a Green Beret is probably the most rewarding experience that they will have in a lifetime. Regardless of what they do when they get out, lawyer, doctor, what have you, you’ll always refer to yourself as a Green Beret."

So what made you decide to work at DCF?

"I firmly believe that training on the entire front range of Colorado must compare itself to DCF as the standard-bearer. What separates DCF apart from other training centers is our investment in world-class instruction and services. Which reminds me, we sent out an invite to the Navy SEALs requesting a friendly competition but their publicists declined our invite and to comment."

The ball is in your court, SEALs. As for the other military branches, Patch remarked that the Marines don’t know how to retreat and the Air Force needs at least eight hours of crew rest before their tee time.

Before ending the interview, I pressed Patch for one last question, one that I felt should be asked for the sake of all those who served in the military.

What do you want the civilian community to know about veterans?

"Serving something greater than yourself cultivates a servant’s heart and affects all of your decision making for the rest of your life. I like to say it’s not about me. I know a lot of us get frustrated when the country that we fought for and love so much is divided."

It is having a servant’s heart that has Patch helping veterans suffering from post-traumatic stress disorder as Colorado’s outreach mentor for the PTSD Foundation of America. This non-governmental care system for combat veterans aids both veterans and their families get help during their struggles with this condition and to stop veteran suicides. DCF Guns has graciously agreed to partner with Patch in this endeavor.

For all new and experienced shooters out there who’d like to learn from Patch, call 720-515-2006 or visit DCFGuns.com/Classes.