Our Coloradans Then: The Life and Legacy of Little Raven, Chief of the Southern Arapaho

Our Coloradans Then: The Life and Legacy of Little Raven, Chief of the Southern Arapaho

You’ve seen his name everywhere in Denver, but Chief Little Raven's legacy goes so much deeper than you think.

A Born Leader and Peacemaker

Little Raven, or Hosa (Young Crow), wasn’t born in Colorado, but in Nebraska, somewhere along the Platte River around 1810. He grew up to be a principal leader of the Southern Arapaho where he had a reputation for being stately, wise, and well-respected. History notes his influence at work in 1840 when he negotiated peace among Southern Arapahoe, Cheyenne, Kiowa, Comanche, and Plains Apache. 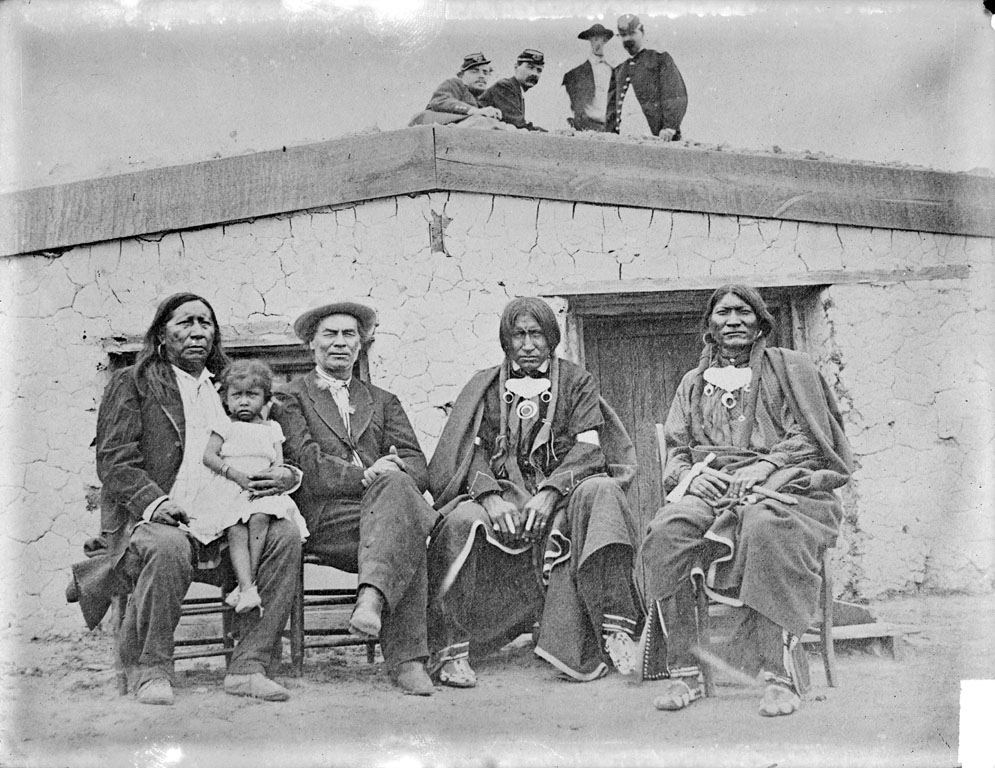 Little Raven sits on the left with his daughter on his lap. | Courtesy of AmericanTribes.com

In 1857, he pursued agricultural implements and instruction from the U.S. government because of his concern for his tribe’s survival in the middle of the Gold Rush.

With his tribe’s welfare on his mind, Chief Little Raven did what he thought would be the more peaceful route, the higher road. During the Pike’s Peak Gold Rush in July 1858, thousands of white miners came to claim their fortune in Colorado. Chief Little Raven welcomed these men into the land personally with another chief. They visited the Denver Gold Camp where they learned from each other.

He welcomed them in hopes that they would leave the land after they found what they wanted (gold, of course). The Colorado Gold Rush only bought more white settlers into the land and they stayed there, making peace difficult to maintain.

The Treaty That Turned Sour

The Fort Wise Treaty of 1861 was refused by many Arapaho chiefs. Some signed out of forced bribery, others did not understand what they were signing, but Little Raven signed the treaty in hopes of maintaining peace. The treaty would take away a lot of land that once belonged to the Arapaho and Cheyenne tribes, and it would also force Arapaho tribes out of their homes. 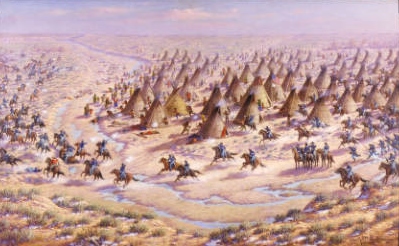 Although Little Raven wanted nothing but peace between Native Americans and white settlers, he was disappointed to find out whites were violating the treaty. He moved his camp far away from other Cheyenne and Arapaho tribes, which is why his tribe survived the Sand Creek Massacre.

The Sand Creek Massacre occurred on November 29, 1864. Arapaho and Cheyenne tribes were instructed to camp close to Fort Lyon by the U.S. Government. Colonel Chivington took advantage of the new situation and ordered his troops to attack the peaceful tribes. This resulted in the deaths of over a hundred Native men, women, and children. Little Raven’s disappointment over the treaty turned to anger.

The Wisdom to Pursue Peace After Violence

Angry post-massacre, Little Raven pursued peace once more with the Little Arkansas Treaty in 1865. He made his feelings known to everyone there.

It will be a very hard thing to leave the country that God gave us. Our friends are buried there, and we hate to leave these grounds. ... There is something strong for us — that fool band of soldiers that cleared out our lodges and killed our women and children. This is hard on us. There at Sand Creek — White Antelope and many other chiefs lie there; our women and children lie there. Our lodges were destroyed there, and our horses were taken from us there, and I do not feel disposed to go right off to a new country and leave them. (Bury My Heart at Wounded Knee, Brown 1970.)

When that treaty fell through, Little Raven signed the Medicine Lodge Treaty of 1867. As a result, his tribe was unjustly moved again to another reservation.

Little Raven did everything in the best interest for his people. "After the Battle of the Washita in November 1868, Little Raven led the Southern Arapaho to Fort Sill for protection," John D. May writes. "They and the Southern Cheyenne were subsequently granted a reservation in western Indian Territory."

In 1871, President Ulysses S. Grant wanted his peaceful efforts recognized with awarding him a medal. Little Raven traveled to Washington, D.C., and spoke in front of an audience at the Cooper Union for the Advancement of Science and Art. He declined the medal because he had no peace talk to make because he had never been at war with whites.

"His influence kept the Southern Arapaho neutral during the Red River War of 1874–75. He eventually settled at Cantonment in present Blaine County, Oklahoma, where the old military hospital served as his home. Little Raven died at Cantonment in 1889," May writes. 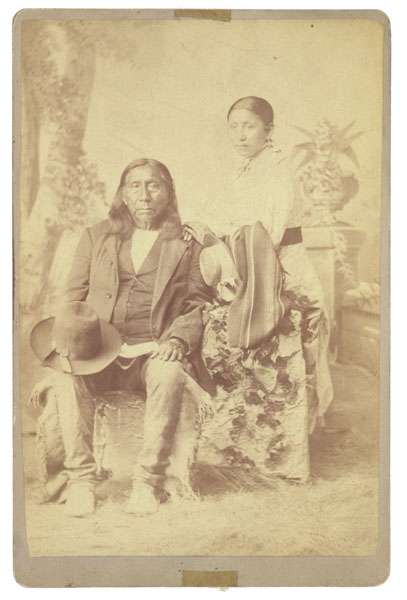 Little Raven with his daughter circa 1870. | Courtesy of AmericanTribes.com

Little Raven is buried at Fort Sill Post Cemetery in Fort Sill, Comanche County, Oklahoma. While his memory still lives in on the streets and parks in downtown Denver, we can still learn a lot from him today. Chief Little Raven pursued peace during incredibly violent times and still preached peace even when things seemed awful.

You can read our previous story about William Henry Jackson here! Sound off with your thoughts in the comments below.