The "Pope of Trash" is a Baltimore icon.

Known as the "Pope of Trash" and "Prince of Puke," John Waters is a Baltimore icon. As the director of outrageously over-the-top films like Pink Flamingos, Cry-Baby, and Hairspray, his campy aesthetic has entertained audiences for decades. Not only is Waters a Baltimore native, but he's also made the city of Baltimore a central backdrop to his life and work.

John Waters was born in Baltimore, Maryland, on April 22, 1946. He grew up in the nearby suburb Luthersville along with childhood friend and actor Divine (read our write-up here). As a child, he loved watching corny drive-in movies and putting on violent puppet shows for friends and family. He went to Calvert Hall College High School in Towson and graduated from the Boys Latin School of Maryland. One of his favorite spots to socialize was at the bohemian bar Martick's, where he would meet his friends and future collaborators!

After getting kicked out of New York University for smoking pot, Waters went back to Baltimore to start making movies. His first feature-length film was 1969's Mondo Trasho and featured the Dreamlanders, an ensemble of Waters' friends who appeared in his movies—members included Divine, Edith Massey, Mink Stole, Mary Vivian Pearce, and Cookie Mueller. Filmed in Baltimore on a shoestring budget, Waters' films showcased the snappy dialogue and motley characters associated with exploitation movies. He screened his movies in rented out church halls around the city, attracting diverse audiences with his taboo subject matter.

In 1972, Pink Flamingos was released, starring Divine as Babs Johnson, "the filthiest person alive." It made its first appearance at the Baltimore Film Festival and tested audiences' stomachs with gross-out humor, including a famous scene centered around dog excrement. While several countries banned it, it's become a cult classic after years in the underground film scene. He continued this pattern throughout the '70s and '80s with the films Female Trouble, Desperate Living, and Polyester. 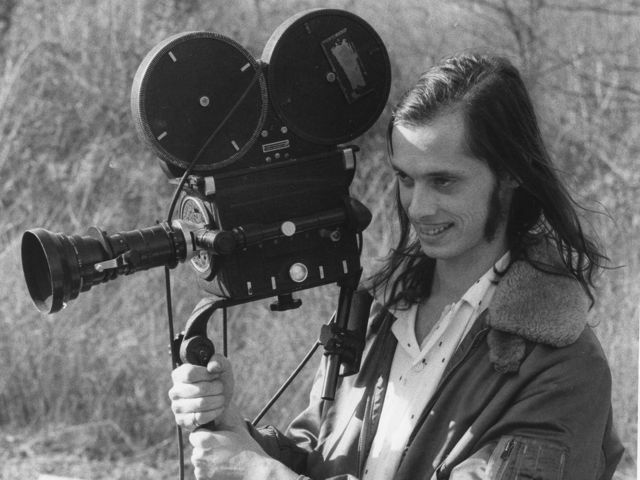 Despite his penchant for vulgarity, Waters has also dabbled in the more heartwarming fare: the crossover hit Hairspray is arguably his most famous film. A heartwarming story about dance set in Baltimore during the Civil Rights Movement, the film is now a Tony Award-winning musical and a staple of high school theaters around the country.

With Hairspray's success, he began releasing bigger budget movies like Cry-Baby, Serial Mom, and Cecil B. Demented. The last film he made was 2004's A Dirty Shame featuring Tracey Ullman and Johnny Knoxville.

Though he hasn't made any movies recently, the filmmaker continues to shock through other artistic mediums like photography and conceptual installations. Exhibitions of his work have been featured in museums nationwide, including the Baltimore Museum of Art. He's also a board member for the Maryland Film Festival and contributes to the magazine Artforum. While he owns properties in San Francisco and New York, it's Charm City that Waters considers home. If you're ever in the Hampden neighborhood, you may just see the 73-year-old director at Atomic Books picking up his fan mail, a routine he's held for over 20 years!

Any John Waters fans here? Tell us your favorite movie in the comments!