Our Marylanders Then: Explorer Matthew Henson

Our Marylanders Then: Explorer Matthew Henson

He traveled the Arctic seven times over 20 years.

The explorer Robert Peary is famous for his legendary trek to the Arctic where he claimed to reach the North Pole first. However, another figure was crucial in making this journey happen. Known as Peary's "first man," Matthew Henson was a highly-skilled seafarer who accompanied Peary on that successful trek. Did you know he was from Maryland? Find out more below about this amazing individual!

Matthew Henson was born in Charles County, Maryland, on August 8, 1866. His parents were freed slaves who both died when he was young. He went to live with his uncle in D.C., attending a black school in the city up until his uncle's death. At 12 years old, he worked as a cabin boy in Baltimore, sailing on the Katie Hines ship to ports around the world.

Henson was employed at a department store in D.C. when he met Robert Peary. In 1887, he joined his expedition to Nicaragua, and from there became Peary's "first man," accompanying him on seven trips to the Arctic across a 20-year timespan. Henson was admired for his knowledge and resourcefulness, learning how to build igloos and ride Inuit dog sleds.

The Arctic expedition between 1908 and 1909 would be Peary and Henson's crowning achievement. After eight tries, the two men and four Inuit explorers reached the Geographic North Pole, but it was Henson who reached the North Pole first, staking his claim with an American flag. On reflection, he said, "I was in the lead that had overshot the mark a couple of miles. We went back then, and I could see that my footprints were first at the spot." 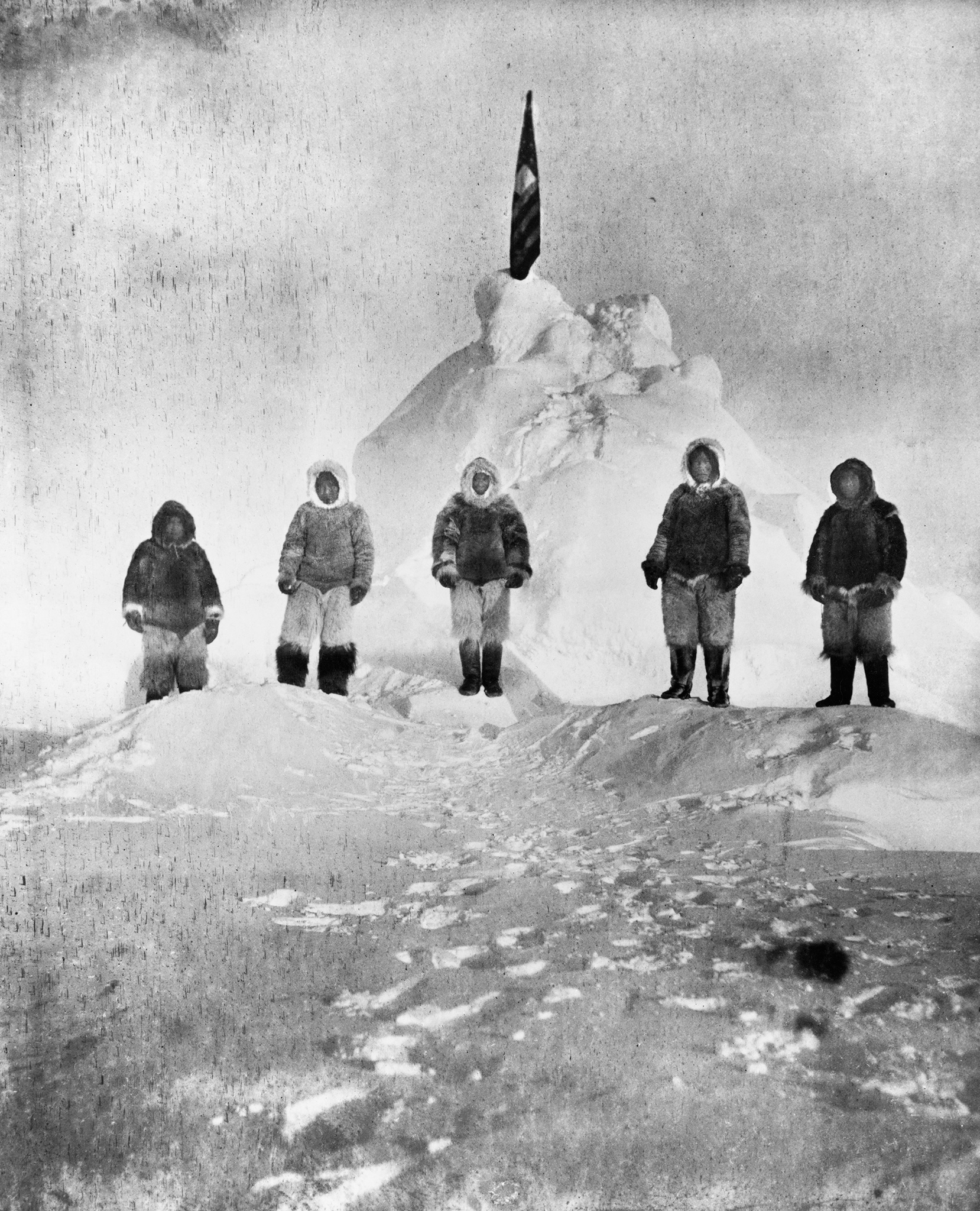 Henson with Inuit explorers during 1908-09 expedition, courtesy of Robert Peary

He wrote about his experiences in a 1912 memoir titled A Negro Explorer at the North Pole, but compared to Peary's notoriety, his contributions on the journey went unacknowledged. After the trip, he got a job at U.S. Customs House, where he worked for 30 years.

However, his accomplishments would be celebrated later in life: In 1937, he became the first African American member of the esteemed Explorer's Club and received honorary degrees from Howard University and Morgan State University in Baltimore. He and five others from the expedition were awarded the Peary Polar Expedition Medal at the White House in 1944. Later, presidents like Harry S. Truman and Dwight D. Eisenhower would also pay their respects to Henson. He died in The Bronx, New York, at 88 years old.

Henson's legacy has been memorialized around the country. Today he and his wife Lucy Ross are buried at Arlington National Cemetery, where they were reinterred in 1988. In 2000, National Geographic recognized Henson with a posthumous Hubbard Medal. Named after the first National Geographic president, the Hubbard Medal is awarded to figures in the field of science and exploration; notable recipients include Neil Armstrong and Jane Goodall.

Did you know Matthew Henson was from Maryland? Learn anything new about him? We would love to hear your thoughts in the comments!