As you leave the hustle and bustle of D.C. and Annapolis, there's a quiet neighborhood called Ellendale tucked into some fields across the Bay Bridge. Follow the road a little farther and the houses give way to more land that you can imagine was once a thriving farm, opening up to a beautiful manor house. The Kent Manor Inn is as old as it is big. Building began in 1820, and the house was expanded up for years after, only to be renovated and restored in 1987. The center portion of the house was built by Alexander Williamson Thompson just before the Civil War. He lived there, but he died there too.

Now both an inn and wedding venue, popular with tourists and newlyweds, Kent Manor Inn is also infamous for being haunted. The rumor is "Alex" still resides in the manor after dying in his 50s in what is now room 209. (Some sites claim room 210 is where he committed suicide and where the paranormal happenings are most ... well ... happening.) 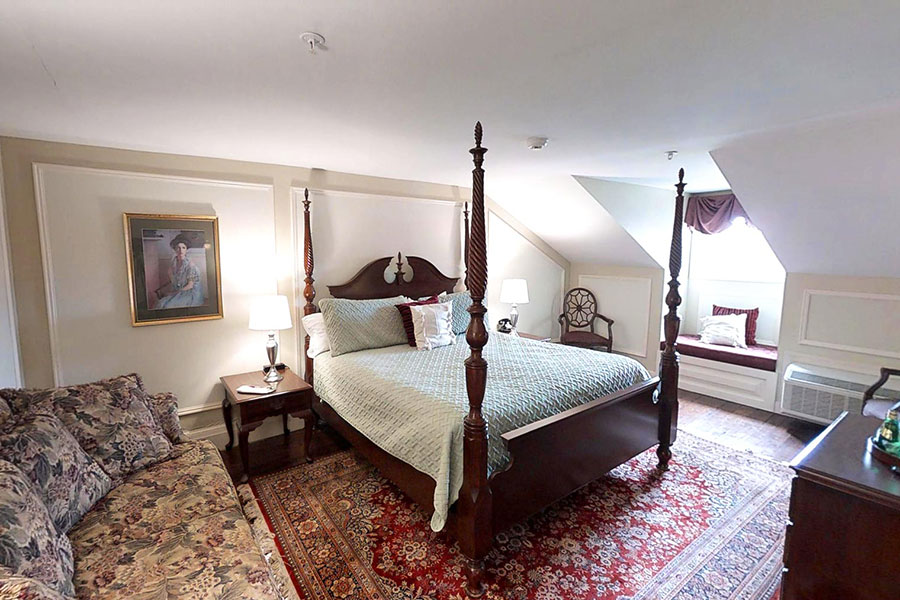 Does this room look haunted to you? Could be... Courtesy of kentmanor.com

I actually remember when the article was published in The Bay Times, Kent Island's local newspaper. Back in 2003, Kent Manor Inn made the front page and was peppered with stories from the manor's own employees. The door to the balcony blows open when there's no wind. Housekeepers can feel their hair being tugged as they walk down the hall. Alexander was known in life as a womanizer, and apparently he's still quite the flirt! Guests have filed complaints about the TV in room 209 turning on and off throughout the night. Inexplicable pipe and tobacco smoke fills the air. Drinks tumble off tables.

According to Mindie Burgoyne, writer of Haunted Eastern Shore (Arcadia Press), you can sometimes see an apparition of a man riding a horse down the road toward the manor. Internet dwellers share the story of "the young girl with flowing hair" appearing in their third-floor room. Another commenter tells of waking in the middle of the night to the icy feeling of someone leaning over them, a hand on their arm, ghostly breath in their face.

I walk the road up to Kent Manor Inn almost nightly. As it stands now, it's hard to imagine it being haunted. The stories at least don't sound sinister in nature. But looking back on what the house looked like before restoration ... 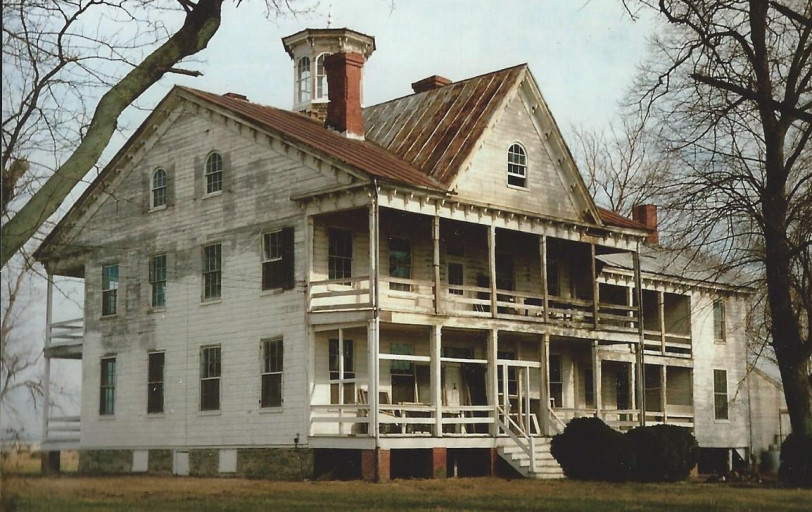 ...and I can imagine things going bump in the night there!

Have you been to Kent Manor Inn? If you have, share your experience (ghostly or otherwise) in the comments! If you haven't, be sure to say "hi" to Alex if you see him next time you're there!