This Denver Band Takes Us Back to the '90s

This Denver Band Takes Us Back to the '90s

What year is it again?

A new Pokémon game came out last November. There's another Power Rangers reboot in the works. Dunkaroos are back. It's easy to feel like the '90s never really ended, but the Denver-based music act 90%90s takes that mantra to a whole new level.

Founded by Denver metal musicians Scott Uhl and Anthony Hamilton in 2012, the band started as a chance to get some extra gigs between their shows for larger projects. At the time, Uhl was playing lead guitar for Glass Delirium, an experimental prog-metal act known for their eccentric live shows and colorful lineup. Meanwhile, Hamilton was the vocalist for NEMESYS, an alternative metal band that styled themselves after old-school acts like Deftones, Korn, and Sevendust. This side project, however, ended up becoming a surprisingly prominent part of their musical careers.

Denver's diverse music scene and abundance of local venues mean there's plenty of opportunities for local acts to perform, and perform they did. The band quickly went from playing the occasional weeknight show to prime entertainment at multiple local bars. One of their frequent venues has been our friends at the 20 Mile Tap House in Parker. 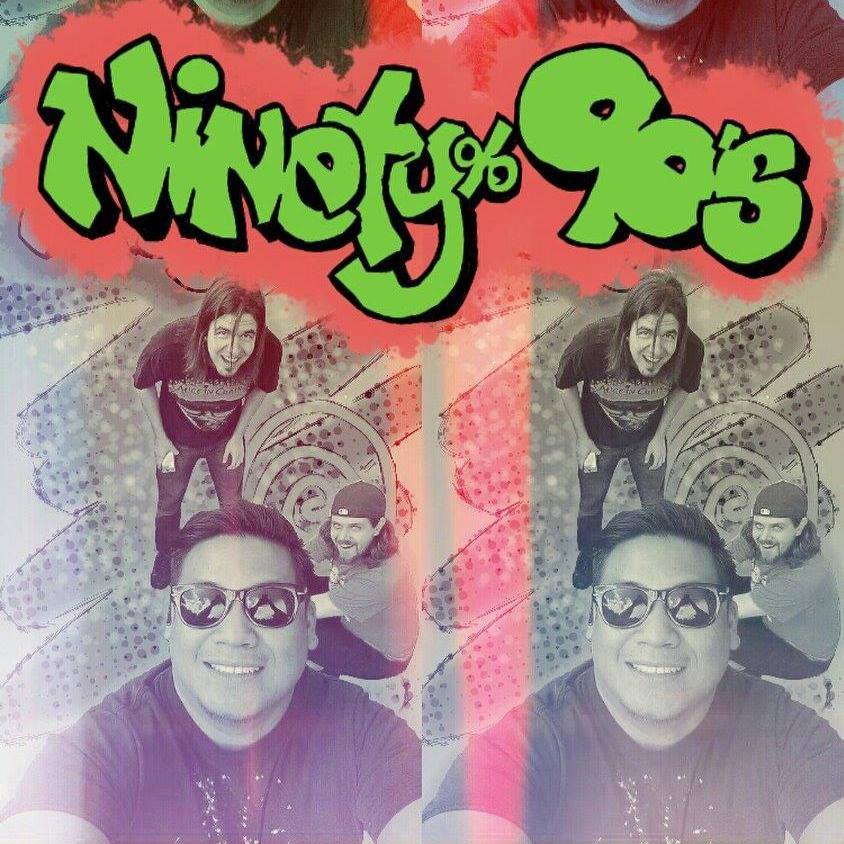 What makes 90%90s especially lovable is their oddly extensive commitment to the '90s aesthetic. If you feel like a blast from the past, their website manages to capture the atmosphere of an indie website in the late-'90s with references to '90s music everywhere. Literally, everywhere. It's hard to find a single part of their website that doesn't have a stealth reference to pop culture icons like Blink-182, The Barenaked Ladies, or the Backstreet Boys.

Their Facebook page has attracted an impressive 63,000 likes. Just scrolling down their timeline is a barrage of memes that reference weirdly specific parts of '90s culture, along with a sizable amount of face-swapped photos. No, seriously: there are so many face swaps. Before each show, it's common to see the bands crudely edit their faces into yet another image from '90s pop culture. Browse for yourself and see if you can keep up with all the references to the Tamagotchi and N*SYNC era of culture.

If you want a better idea of how much '90s they can fit into 3 minutes, check out this promotional video:

While COVID-related closures briefly interrupted the band's schedule, they're looking to start playing again as things reopen. Listening to interesting live bands is a highlight of dining at local breweries and taphouses, so we're excited to see that aspect return.

Do you know of any other interesting local acts? Make sure to let us know in the comments—we're always looking for interesting Denver-based musicians to write about!