Mark McMullan, owner of Freeway Ford, is the man behind the sign, Courtesy of OCN
Jinny Jordan 6/8/21
Join the Community
shares

If you've been lucky enough to include the I-25 stretch Evans Avenue exit in your commute, then you probably know what we're talking about. Just look up.

Most any day, the work commute is not something to look forward to—that was especially true during the past year. But if you've been lucky enough to include the I-25 stretch Evans Avenue exit in your commute, then you probably know what I'm talking about. If you've looked up, you've most likely seen the Freeway Ford sign.

Mark McMullan, the owner of Freeway Ford since 2011 is the brainchild behind the sign and its weekly inspiration. He didn't want to put up the old tired advertisement: $19.95 oil change. "I got tired of putting up the old car stuff. I didn't want to be like everybody else," McMullan said. So, for the past eight years, every week he religiously chooses his brainy quote or inspirational and motivational saying that goes up every Monday morning. That's roughly 424 times over an eight-year period. 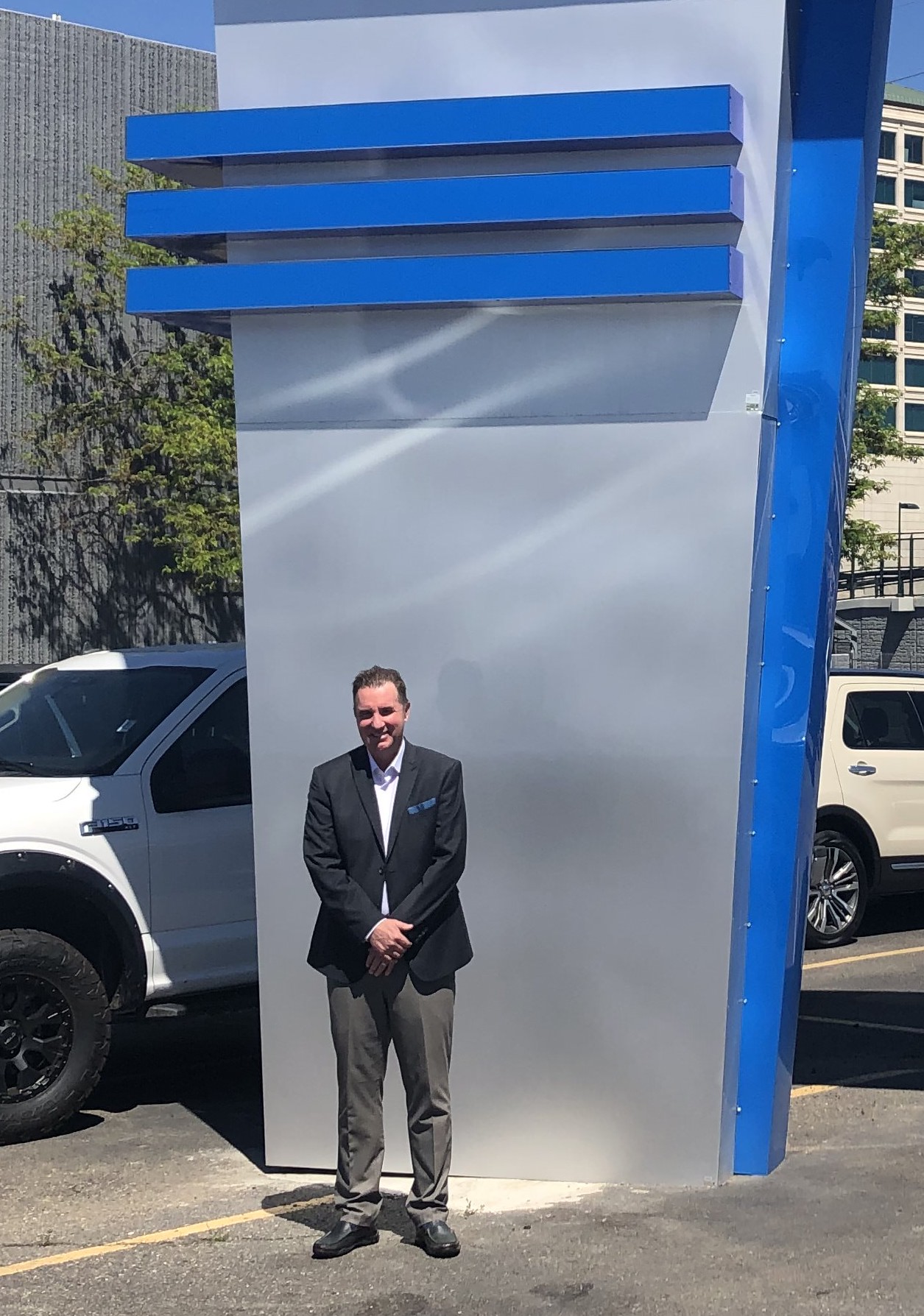 After all this time, McMullan still hasn't missed a week, except when they had to replace the old sign with the new one they have up now. He's even gone to great lengths such as setting his alarm clock while he was on vacation in Ireland to send the weekly message on time to be posted as usual by Monday morning in Colorado.

McMullan never thought the weekly messages on his sign would become so important to people. He mentioned that the sign went down for one week and people started calling and asking when the sign was going back up. "If it's not changed by Tuesday, there are phone calls," explained McMullan.

He has received so many notes over the years, and he humbly agrees "it appears that it helps some people." He also noted that the impact seems to not only affect their customers, who have walked into the store and say how much they appreciate it but also for his employees, too. He has a staff of 100 and many tenured.

"It's kind of an institution," he added.

As for McMullan's vetting for the phrases that appear on the sign, he lives by these three rules:

And somehow his rules feel like lessons for life:

May we all have a sign over our lives that speaks inspiration and impacts all! And just so you know, you can get your oil changed for less than $45.99 at Freeway Ford.

What phrase would you want to see next on the Freeway Ford sign? Share in the comments.

Summer Is Here! Keep Safe With These Motorcycle Safety Tips