8.5-Million-Pound 'Memorial Rock' to Stay Where It Fell

8.5-Million-Pound 'Memorial Rock' to Stay Where It Fell

Memorial Day weekend brought some recent excitement to southwestern Colorado when two enormous boulders crashed onto Highway 145 near Dolores and Telluride. The huge rocks fell from a ridgeline about 1,000 feet about Highway 145, leaving an eight-foot trench across both lanes of the two-lane road. The smaller of the two weighed in around 2.5 million pounds and landed in the middle of Highway 145, which was then blasted into smaller bits by the Colorado Department of Transportation (CDOT), and a temporary dirt road has been constructed allowing for limited travel in the area.

The larger boulder weighs in at about 8.5 million pounds and landed on the side of the roadway. Governor Jared Polis announced earlier this week that the massive rock will be a permanent landmark and that the state will reroute the highway around it, rather than blast the rock and repair the existing road.

The choice to leave the rock in place will save the state about $200,000 – the total cost of cleanup, rebuilding the road, and adding a guardrail around the boulder will run about $1.3 million. The estimated cost to blow up the 8.5-million-pound rock was $1.5 million.

Governor Polis said the state plans to treat the rock as a new landmark, and it's been given the name “Memorial Rock,” after the day it crashed down onto the highway.

“Everybody meet Memorial Rock. We will not be destroying this 8.5 million pound boulder - which is the size of a house. Instead, we’re going to make a new state landmark and save taxpayers money.” -Jared Polis (@GovofCo) June 4, 2019.

At a news conference on Tuesday, Polis said, "We expect that for generations to come, people will have the opportunity to observe this geological masterpiece that we're calling Memorial Rock." 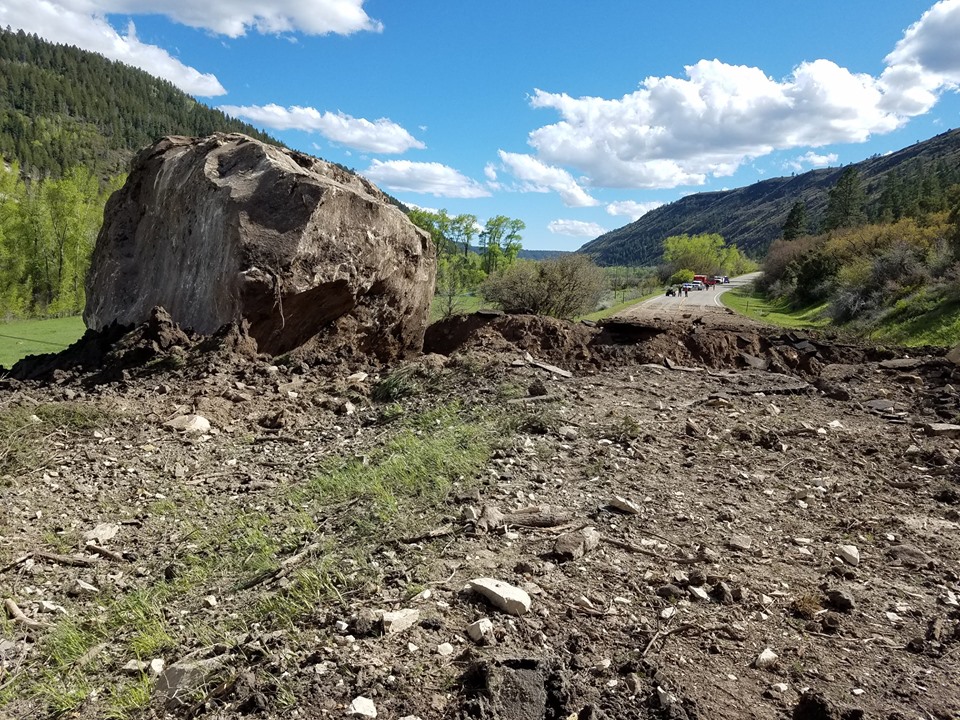 Some of the funds to repair the road will be coming from emergency funds via the Federal Highway Administration and repairs will likely take a few weeks, at least, to complete. Residents and business in the area may appreciate the new tourist attraction once traffic gets flowing again. It’s likely there will be a lot of folks wanting to head out to see Memorial Rock, along with the deep scar it left behind as it tumbled from above.

Will you be making the trip out to see the giant rock once construction is complete? Share with us what you think about the new landmark in the comments below.