8-Foot-Long Beehive Found in Ceiling of a Richmond Apartment

8-Foot-Long Beehive Found in Ceiling of a Richmond Apartment

Hold on to your EpiPens if you're allergic to bee stings; this is one for the books. Pest control workers removed an enormous beehive from inside of a Richmond apartment.

Imagine lying in bed, hearing a faint buzzing noise. Overhead, you see a bee lazily circling the air of your apartment, scoping out the bouquet of flowers on your nightstand. Now imagine hundreds, if not thousands, of his little friends building a giant beehive in your ceiling, only to be found when you finally call a bug guy. Do you move or resign yourself to a life of trauma and dinner party stories about it?

That's pretty much what happened in Richmond, minus the mental anguish, when a pest control company was called in to investigate a (thankfully) empty apartment. They found an 8-foot-long beehive coiled up in the ceiling of the unit and had to carefully remove it. 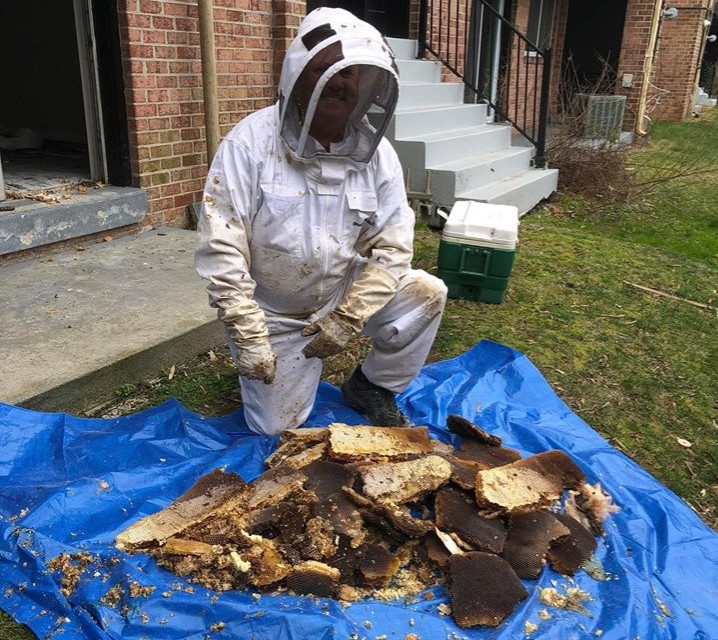 Virginia Wildlife Management and Control had this to say about this incredible find:

Doing a HUGE #honey #bee, hive extraction, at an apartment, out in #Richmond today...The hive was 16 inches wide and extended over 8 feet long...Out of about 80-100 pounds of honey only about 15-20 pounds was able to be salvaged, and went into a big cooler...And no, we don’t EVER terminate Honey bees!

When asked how the bees got into the home, the agency speculated that they probably came in through openings in the siding. Scary stuff! When every trace of the hive was removed, an estimated 80 to 100 pounds of honey was recovered along with the massive network of honeycomb. They will attempt to salvage about 15-20 pounds of the sweet substance. 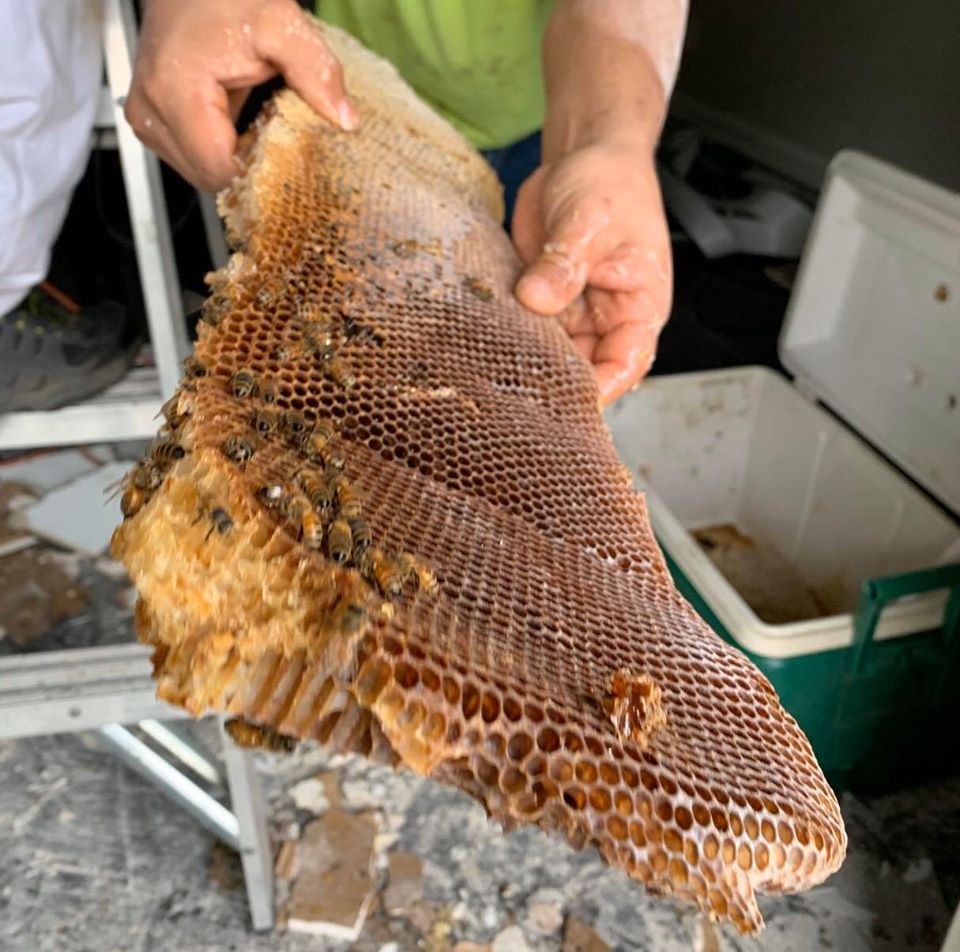 *The photos in this article are courtesy of Virginia Wildlife Management and Control on Facebook.

Have you ever found a beehive somewhere unusual? What's your craziest bee-related story? Share it with us in the comments!