On November 8, a new Popeyes employee made chicken sandwiches over a trash bin at a Fairfax, Virginia, location. The situation has since then been dealt with.

To make up for a lack of counter space, a new Popeyes employee took to assembling chicken sandwiches on top of a trash bin. The incident, which was caught on camera, occurred on Friday, November 8, in a Fairfax, Virginia, location and has since been handled by the manager.

The employees were overwhelmed with 100 orders of the popular-as-of-late chicken sandwich and were dealing with a lack of counter space. The prepping station appeared to be filled to the brim, hence leaving very little space to prep food. No matter how you look at it, however, making chicken sandwiches above a trash can is not sanitary.

Popeyes told Fox News, “We are aware of the incident and the actions that took place clearly do not meet our standards for food service and preparation. We have already addressed the situation with the restaurant owner who is looking into the matter.” 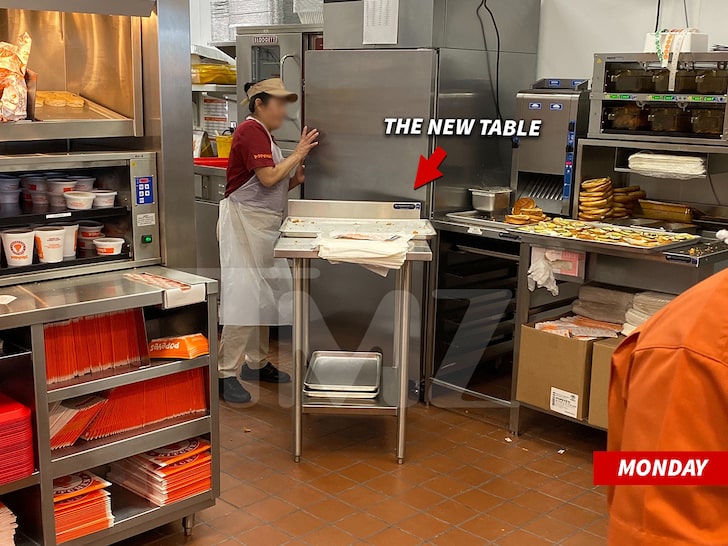 The owner of the store handled the situation immediately and ordered a new prep table that has since then been installed in the restaurant.

Did you witness the sandwiches being made over a trash bin? If you saw something like that, would you ask for another sandwich? Tell us in the comments.