A 148-year-old rail tunnel in Baltimore will be expanded and named after Frederick Douglass.

A new project set to expedite travel on Northeast rail lines has been approved by the Maryland Department of Transportation (MDOT). The new plan turns an old Civil War-era tunnel into two modern high-capacity tubes for electrified trains. On June 18, 2021, federal, state, and local leaders, along with Amtrak, held a groundbreaking to announce details of the project and reveal the tunnels would be named for Frederick Douglass, a Marylander who escaped slavery and became a champion for the abolition of slavery.

The proposed project will turn the deteriorating rail tunnel into a modern, efficient railway that could expedite travel times by up to 90%. The existing 1.4-mile tunnel has been slated for a remodel for years and has become a thorn in the side of the more than 750,000 commuters that travel through the Northeast corridor each day. Amtrak says more than 10% of the trains that travel through the tunnel are delayed each day and an emergency closure of the tunnel would force 19,000 people to find another route.

“Built just after the Civil War, the B&P Tunnel is reaching the end of its useful life,” said U.S. Department of Transportation Deputy Secretary, Polly Trottenberg. “This project will modernize a critical part of the Northeast Corridor making the train work better for the 9 million passengers that depend on it each year. It’s a great example of what we can accomplish more of with the American Jobs Plan.”

Initially, two high-capacity tubes will be built to support electrified trains that can travel up to 100-mph. MDOT has also made the commitment to electrify a fleet of MARC commuter trains designated for travel on this route. The plan includes the construction of new railway bridges and infrastructure, including a new ADA-complaint West Baltimore MARC station. Future plans include the construction of two additional tubes for freight trains. 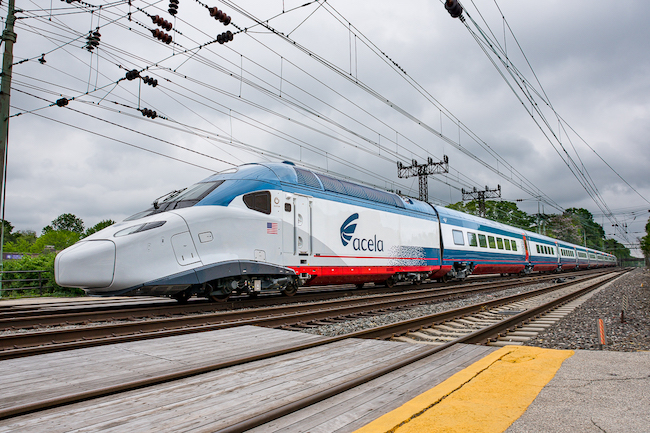 Amtrak made the decision to name the new tunnel after Marylander Frederic Douglass and invited his great-great-granddaughter, Nettie Washington Douglass, to the groundbreaking.

“In naming this vital piece of new infrastructure on the Northeast Corridor, we want to highlight Frederick Douglass as a critically important figure in American and Maryland history, whose principles and work inspire Amtrak and align with our own values and mission,” said Amtrak president Stephen Gardner. “As Frederick Douglass escaped to freedom by way of a train in Baltimore and traveled extensively by rail, naming this state-of-the-art new passenger rail tunnel after him is a fitting way for us to honor his legacy.”

The cost of the project is estimated at $4 billion dollars and shaves off about $1 billion from previous plan designs. Amtrak is moving forward with planning and the acquisition of land needed for the project but is still waiting on state and federal funds for the bulk of the project.

Once the funds are approved, construction would take between 10 and 12 years to complete.