When a black cat crosses your path ... give them snuggles.

They say a black cat crossing your path is bad luck, but that's anything but the case for a Baltimore couple's new "fur-ever" friend.

A black kitten who faced multiple setbacks at a Virginia shelter is giving us the warm fuzzies after finally being adopted. Couple Caitlyn Hart and Ben Owens adopted "Lucky" from the Animal Welfare League of Arlington, and the result is absolutely heartwarming to witness! They both cite his playful personality as the main reason they're taking a chance on the black cat.

Born from a feral mother, the single-pound kitten was brought to the animal shelter's Kitten College to be prepared for eventual adoption. But things didn't go quite as planned. A family who adopted Lucky in September returned him within days, and from there, his tabby siblings and other roommates at the shelter were consistently chosen over him. 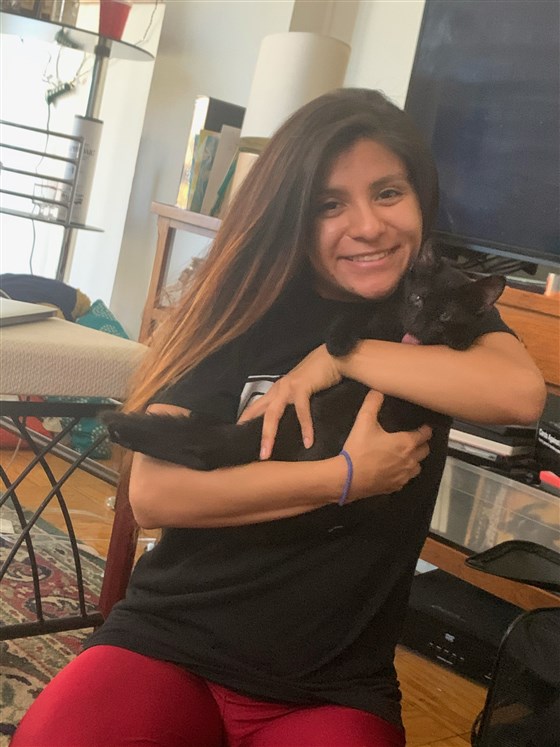 In an article from Today, Hart mentioned resonating with the plucky feline because she is also adopted and wanted to reciprocate the care that she's received.

"My parents are the most amazing things in the entire world," the 24-year-old said. "So now to give back—granted, it's not a child, but he feels like our little child ... It comes full circle for me in a really special way."

Lucky is the couple's first pet, and it appears from photos that the family of three has adjusted swimmingly. His favorite activities include climbing on his cat tree, playing with ribbons, and of course, cuddling. Hart and Owens are currently teaching from home, so it's common to find Lucky snuggled on the couch with Owens while he's teaching from his computer. When he isn't up to feline hijinks, he's always a paw's length from his favorite people.

"He literally lets both of us hold him like a baby," Hart said. 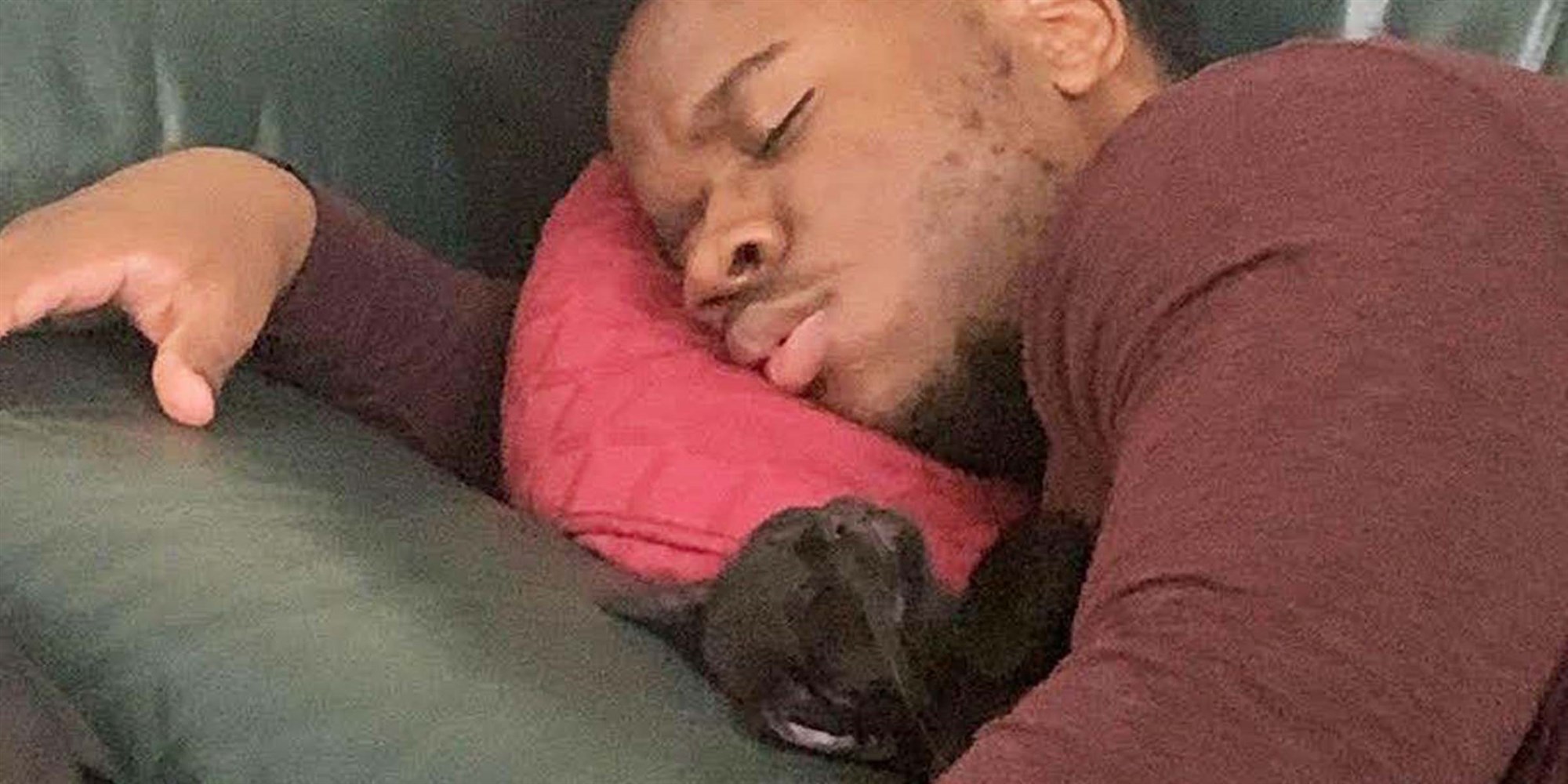 Black cats are synonymous with Halloween, found on holiday decor as the trusty companion to witches. But these superstitions are less charming in real life, as black cats are passed over their light-furred counterparts. But Hart hopes people will reconsider their stance on black cats and bring one into their home. Judging by their story, they're anything but bad luck!

Want some more black cat love? October 27 is National Black Cat Day, and you can check out our guide to celebrating the feline in your life here.

Cat lovers, what do you think of Lucky's story? Would you consider adopting a black cat? Share your thoughts with us in the comments!