DC Metro-Area Ranked as One of the Most Educated Cities

DC Metro-Area Ranked as One of the Most Educated Cities

A recent study shows that the D.C. region attracts some of our nation's brightest!

We're sure that you're well aware of the numerous stereotypes associated with people who move to the D.C. area—one of the main stereotypes being "the smartypants." But this stereotype isn’t too far from the truth! In a recent study, 150 of the largest metropolitan areas in the United States were compared and ranked according to several factors to determine which regions were amongst the most- and least-educated. Here’s what the experts found (and by "experts" we're talking Ph.D.s): 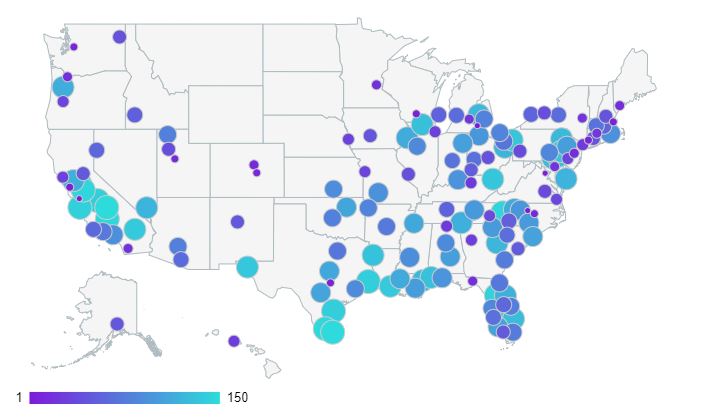 To find the most educated cities, the researchers looked at two key measurements—“Educational Attainment” score and a “Quality of Education & Attainment Gap” score.

“We evaluated those dimensions using 11 relevant metrics, which are listed below…Each metric was graded on a 100-point scale, with a score of 100 representing the highest educational attainment and quality of education.” —The Expert Research Team

To get to the final overall rankings, the researches weighted the average scores across all metrics to calculate the overall score (the higher the score, the higher the ranking).

The D.C. metro area ranked #3 out of 150 metropolitan areas!

The D.C. area was only .20 points away from tying for second with San Jose-Sunnyvale-Santa Clara, California, area! Further findings showed that the D.C. area ranked #2 in highest percentage of bachelor's degree holders for adults over 25. The region tied for first place in highest percentage of graduate or professional degree holders along with Ann Arbor, MI; San Jose, CA area; Chapel Hill, NC area; and the Boston, MA area.

For the full list of 150 metropolitan area rankings, be sure to check out the full report.

Were your suspicions confirmed, or are you surprised by these results? Let us know in the comments below!