These ghosts are definitely real.

Paddle down the Potomac into Mallows Bay and you'll find some very real ghosts floating in the water. An entire fleet of partially sunken ships, built during World War I, lend their hulls to seagull nests and kayakers' intrigue.

Built over 100 years ago, these ships exist as a memory of President Woodrow Wilson's U.S. Emergency Fleet Corporation. In 1916, hundreds of ships were needed to fight against German U-boats that were plaguing merchant and passenger ships in international waters, but the now-ghost fleet ran into numerous construction complications. This forced them to be abandoned along the Potomac River, where they were slowly adopted into the Maryland wildlife. 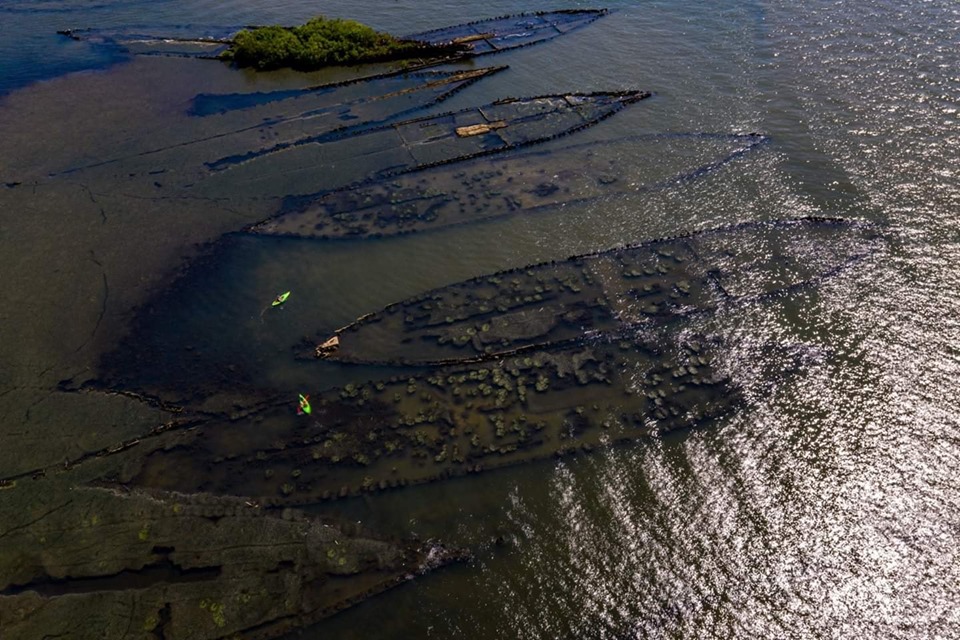 Pictured above: Kayakers explore the ghost fleet at Mallows Bay. One shipwreck (top left) has even taken on the appearance of an island with the vegetation that has grown over the years. Courtesy of facebook.com/pages/Mallows-Bay

Other than the 118 WWI steamships, Mallows Bay is home to a lot of other historical attractions, such as shipwrecks from the Civil War and 12,000-year-old Native American archaeological sites. There's even a rusted WWII ferry that used to haul rubber down in Brazil still floating there today. Popular with wildlife enthusiasts, the Potomac River and Mallows Bay is frequented by tourists for its rich history—and bald eagles and osprey for its habitats. And now the National Oceanic and Atmospheric Administration (NOAA) has declared the area a national marine sanctuary.

This isn't the first time the ghost fleet and the other treasures found within this 18-square-mile area have been up for sanctuary declaration. It was up for nomination in 2014, but was stalled by locals with concerns for the regulations such a declaration may entail. After 45 days of public hearings with the Maryland House and Senate, the Mallows Bay-Potomac River site will be the first marine sanctuary to join the National Marine Sanctuary system in almost 20 years, rounding out a list of 13 national marine sanctuaries and two marine national monuments.

With the designation, NOAA hopes to "foster education and research partnerships as well as support and enhance local recreation and tourism along this historic stretch of the Potomac River." 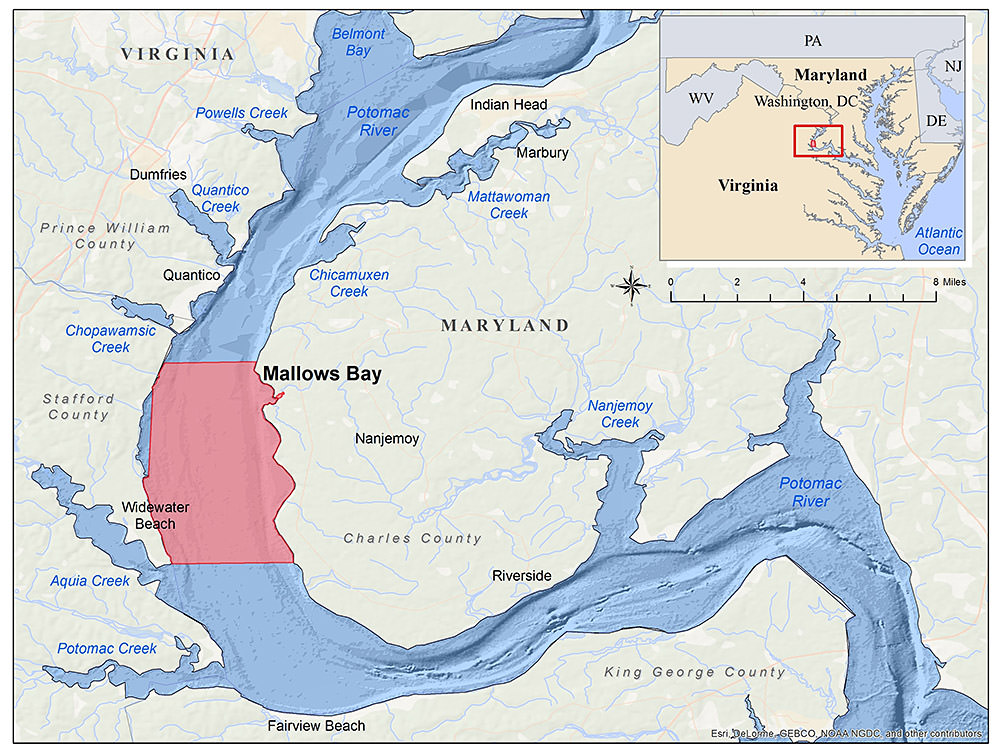 Map showing area of Mallows Bay to be designated. Courtesy of sanctuaries.noaa.gov

This Charles County park opens each morning at 5:30 and closes at dusk, and you can schedule a tour with the Atlantic Kayak Company. So start planning your trip before the summer is out! Or wait until October to visit these real-life spooks!

What do you think, Maryland? Do you have the guts to brave these ghosts? Let us know in the comments!