The mural resides across from the Anne Arundel County Courthouse.

You may recall the massive mural of Breonna Taylor that popped up last summer in Annapolis' Chambers Park. Now the non-profit behind it is back with another tribute, this time for two trailblazing judges.

Future History Now revealed their latest mural project in Downtown Annapolis. It depicts Supreme Court justices Thurgood Marshall and Ruth Bader Ginsberg with the words "Equal Justice Under Law" written above. It's located across the street from the Anne Arundel County Courthouse, a fitting place for the bespectacled judges who served on the nation's highest court.

Seven artists and five children completed the project, as part of the "Kids Making History Mural Tour," according to a Facebook post. 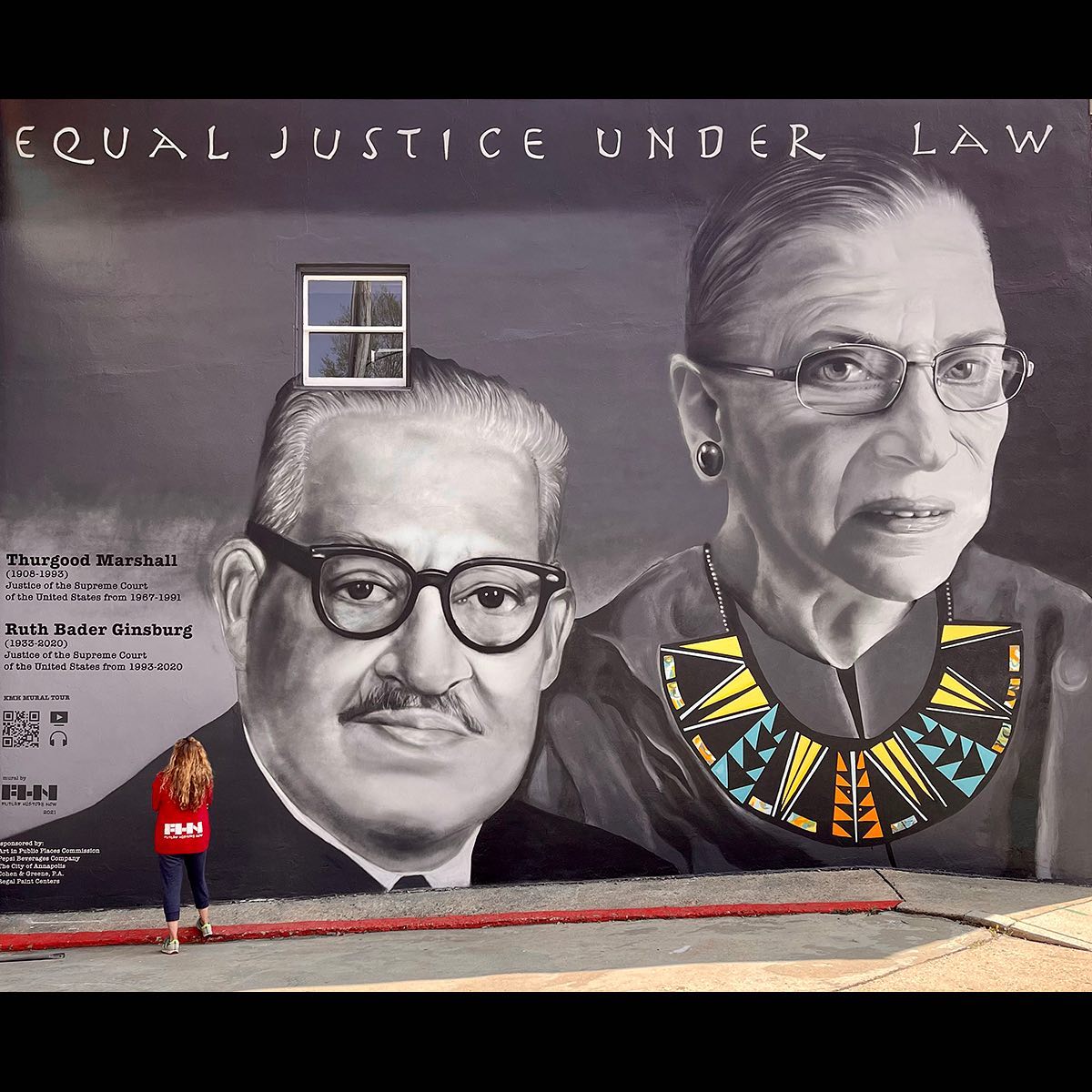 Founded in 2016 by Huntington and Julia Gibb, the organization works with children in underserved communities on collaborative art projects. According to their website, the group "provides a safe space to nurture creative thinking and self expression, promotes problem solving and skill sharing through the art-making process, and encourages thinking outside the box as a means to acquire habits and skills necessary in navigating life’s challenging roads."

Huntington also spoke about the significance of Marshall and Ginsberg as figures who advocated on behalf of civil liberties and equality throughout their careers. Marshall, a Marylander, was the first Black American to serve on the Supreme Court, beginning his law career in Baltimore. Ginsberg is one of the court's few female members and whose staunch support of equal rights for women earned her the title "Notorious RBG."

What do you think of this mural? Have you gotten the chance to see it in person? Tell us in the comments.