Forever Stamps regularly recognize cultural institutions like national parks, famous artists, and plants. Now they're shining a spotlight on lighthouses, including one from the state of Maryland.

On Tuesday, the U.S. Postal Service announced a series of Forever Stamps dedicated to famous lighthouses of the Mid-Atlantic. The stamps, whose value translates to that of single-ounce postage, will be available for a limited time starting August 6 and features five distinct lighthouses across the Eastern Seaboard.

"For three centuries, the beacons of America’s lighthouses have been guiding mariners through treacherous waters," the U.S. Postal Service states on their website. "Though the five mid-Atlantic lighthouses being recognized have a common purpose, each has its own unique story—and its own mysterious, eternal appeal." 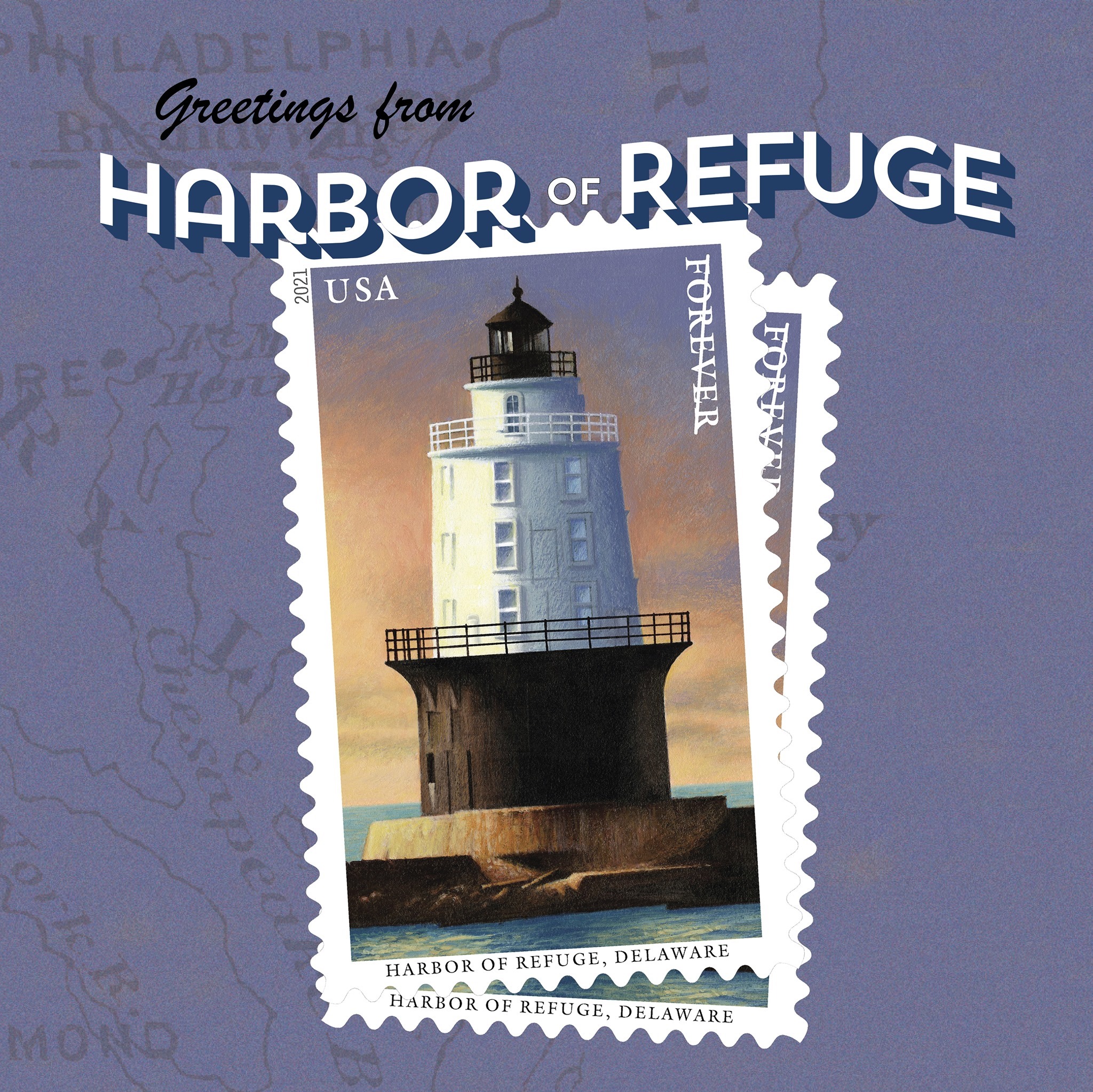 One is the Thomas Point Shoal Lighthouse in Annapolis. Constructed in 1875 as a screw-pile light, it stands 43 feet above the Chesapeake Bay and remains the only lighthouse in the bay operating from its original spot. It was designated a historic landmark in 1999.

Locals will also recognize the Harbor of Refuge Lighthouse in Delaware. Residing on the breakwater of Delaware Bay, the structure's sturdy iron exterior has weathered the elements since 1926.

Other lighthouses featured in the lineup are Erie Harbor Pierhead Light in Pennsylvania's Presque Isle Bay, the Navesink Twin Lights in New Jersey, and New York's Montauk Point Lighthouse, one of the country's oldest operating lighthouses dating back to the 1700s.

Whether you're a stamp collector or want to show local pride in your correspondence, you can pick these up at your nearest post office or online at usps.com/shopstamps. A ceremony is scheduled in Annapolis to commemorate the stamps on August 7 at Susan Campbell Park.

Take a look at the stamps here.

Have you visited any of the above lighthouses before? What landmarks would you like to see on a stamp next? Let us know in the comments.