Maryland has a boatload of lighthouses. Let’s take a road trip and visit a few of them.

From classic screwpile structures to traditional tall towers and keeper’s quarters with attached towers, Maryland has a boatload of beautiful lighthouses. These beacons were built to help boaters avoid dangerous shorelines, but now we seek them out for their beauty, unique architecture, and panoramic views.

We won’t be traveling to all of them today. We’re going to concentrate on the ones that you can actually enter and climb to the top (whether you’ve got the energy to do so is entirely up to you). 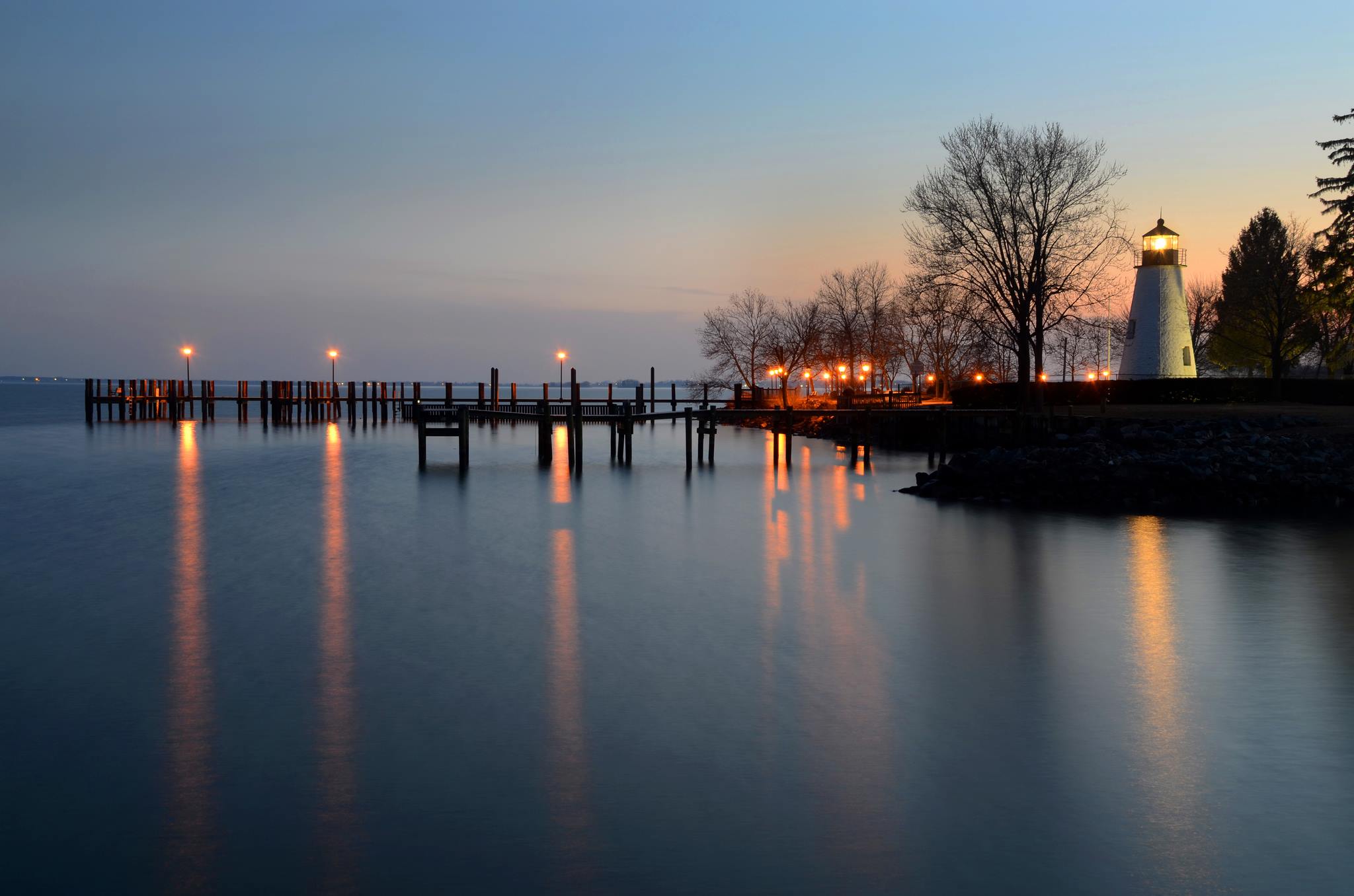 The second oldest in Maryland, the Concord Point Lighthouse is the oldest that’s accessible to the public. It was built in 1827 and overlooks the area where the Susquehanna River meets the Chesapeake Bay. The conical tower is white with a black cupola and gallery deck. It was constructed of local Port Deposit granite construction and mahogany doors. It’s 36 feet tall with a fixed white light, fifth-order Fresnel lens, and a fully restored keeper’s house museum.

The distinctive round Seven Foot Knoll Lighthouse is 40 feet tall with a first-order Fresnel lens. Located in Baltimore’s Inner Harbor, it was relocated from Seven Foot Knoll, a shoal in the Patapsco River. Built in 1855, it’s the oldest screwpile light in Maryland. The light is part of Historic Ships in Baltimore and is open to the public as a museum.

Probably Maryland’s most recognizable lighthouse, Thomas Point Shoal is the only classic screwpile light still in its original location on the Chesapeake Bay. Many of the others have been moved or are replicas in coastal locations. On the National Register of Historic Places, it was built in 1875 and automated in 1986. 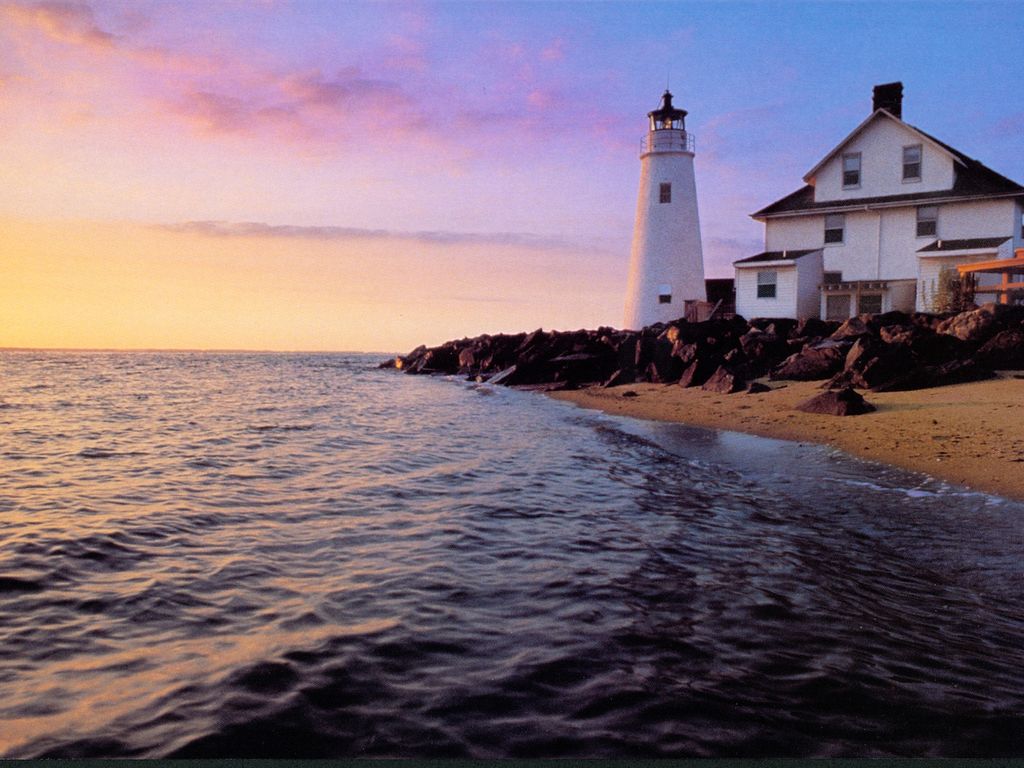 Have you ever wanted to spend the night in a lighthouse? Here’s your chance. Cove Point, located on seven acres along the Chesapeake Bay, is available to rent for the night. You can also just tour it if you’d rather. The light was built in 1828 to mark the shoal in the shipping channel. It has gone from Fresnel lens to kerosene, electricity, and automation in 1986.

Drum Point is another one of those relocated screwpile lights. Built in 1883, it originally stood at Drum Point on the Patuxent River and is now at the Calvert Marine Museum. The hexagonal structure is the actual lighthouse, rather than a replica. It’s made of cast-iron and wood and is 46 feet tall.

Built in 1836, Piney Point is the oldest lighthouse on the Potomac. It was decommissioned in 1964 and is now a museum. The white brick conical tower is 34 feet tall. Climb to the top for great views of the river. It’s part of Piney Point Lighthouse Museum and Historic Park. The area is popular for birdwatching, kayaking, and swimming. There’s also a collection of historic wooden boats on the property.

The unique pyramid-ish shape of the wooden Fort Washington Lighthouse sets it apart. Located on the Potomac, on the grounds of Fort Washington Park just outside of D.C., it was built in 1870. It’s still in use as a navigational beacon. While visitors can’t go inside the light, you can visit the area, have a picnic, or go fishing. 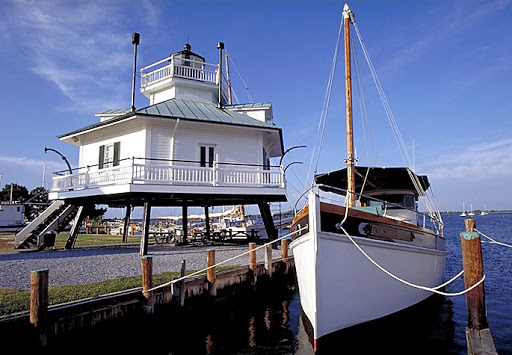 Here’s another lighthouse to put on your “spend the night” bucket list. The Lighthouse Overnight Program allows visitors to spend the night and live the life of a lighthouse keeper. Originally located at Hooper Strait at the entrance to Tangier Sound, it’s now on the grounds of the Chesapeake Bay Maritime Museum in St. Michaels. The square screwpile light, built in 1867, is made of cast-iron and wood and has an original fifth-order Fresnel lens.

Turkey Point Lighthouse sits on a 100-foot hill with great views of the Chesapeake Bay. The active navigational beacon is in Elk Neck State Park and is open to the public. Built in 1833, it’s 35 feet tall with a flashing white six-second light.

Have you been to any of these Maryland lighthouses? Did we miss your favorite one? Let us know in the comments.