Transportation officials from both Hampton Roads and the state of Virginia are considering a potential plan to add toll lanes to I-64. Residents are encouraged to give input until a final decision is made in December.

City and state officials are discussing a proposal which would add optional toll lanes to 45 miles of I-64—stretching from Jefferson Avenue in Newport News all the way to Bowers Hill Road in Chesapeake. The reason? To alleviate traffic flow and traffic congestion during peak hours.

To avoid doing any unnecessary construction, current existing High Occupancy Vehicle (HOV) lanes would be converted into High Occupancy Toll lanes (HOT), which drivers could opt to use during high-traffic times—for a fee.

How the Toll Lanes Would Work

The HOT lanes would be open to the public during hours with the heaviest traffic flow. Toll prices would be displayed on digital signs, allowing commuters to quickly decide which route they want to take prior to entering the toll lane.

In order to use the toll lanes, a driver would be required to have an E-ZPass. Solo drivers would be charged the toll fee, while drivers traveling with passengers could travel for free.

If given the go-ahead at the Hampton Roads Transportation Accountability Committee (HRTAC) meeting in December, officials would plan to complete the project by 2025. 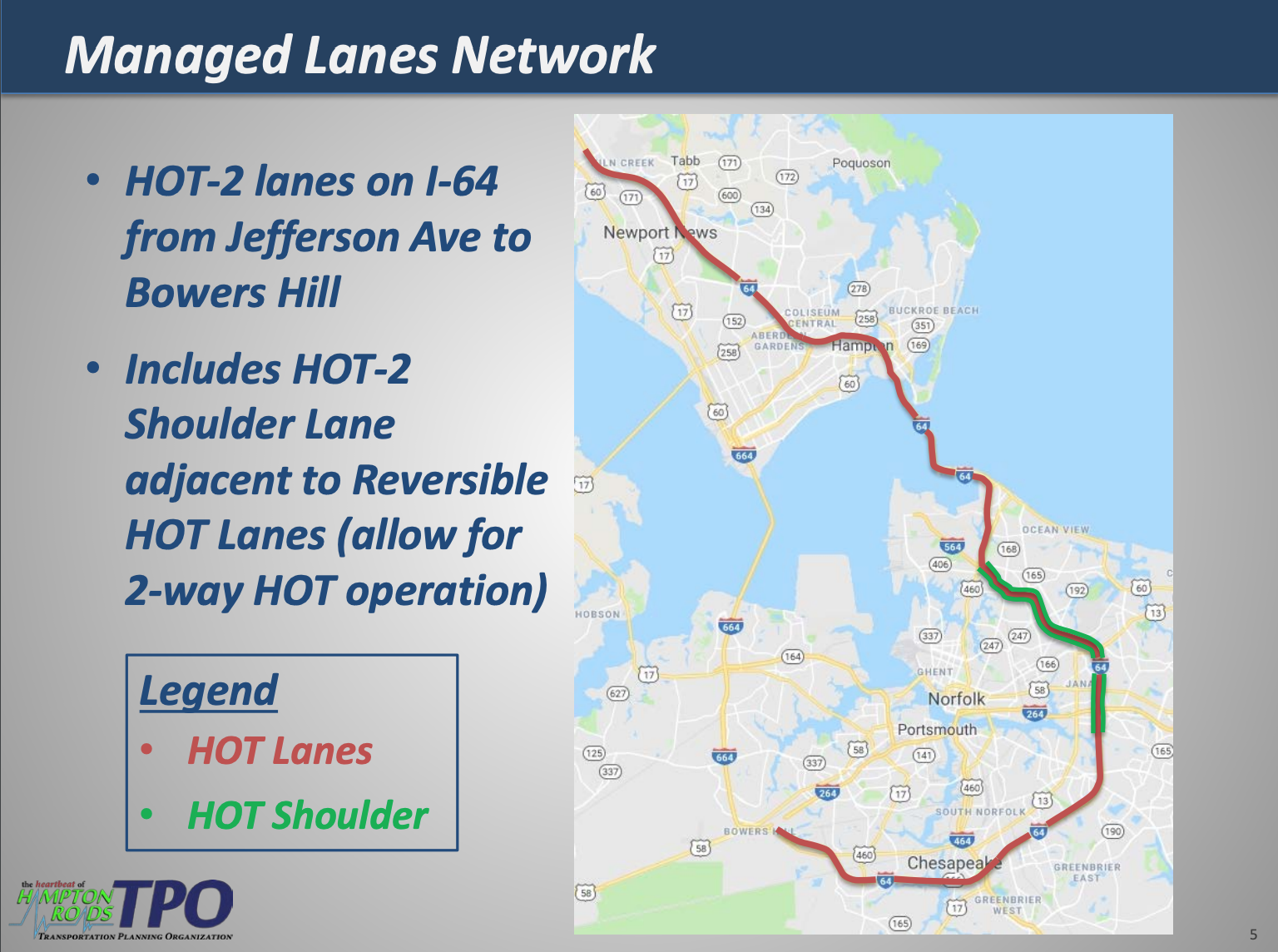 Though the overall goal of the project is to cut down on traffic congestion and make a smoother, quicker commute, Hampton Roads locals had mixed reactions on the matter.

"I think it's a good idea," Katerina Petrovitz of Virginia Beach told us. "I think it would reduce traffic congestion."

Currently, driving around Hampton Roads—especially on I-64—is a nightmare because of the constant traffic. And with our growing population, transportation officials are concerned about what traffic will look like 20 years down the road, especially if nothing is done.

What do you think of these proposed toll lanes? Do you think they would help reduce traffic jams? Would you be willing to pay a toll just so you don't have to sit in traffic? Tell us your thoughts in the comments!