If you aren’t a lifetime resident of Maryland, you may be familiar with the easy task of buying alcoholic beverages at the grocery store. A new bill working its way through the Maryland Assembly may make it possible to finally purchase beer and wine when you pick up your groceries. Maryland Senate Bill 763 and House Bill 966 would allow grocery and discount stores to sell beer and wine, but no hard liquor. Currently, you can only buy beer and wine at freestanding liquor stores except for a few grocery stores in Montgomery County.

The Maryland Retailers Association has been encouraging the public to lobby lawmakers to put a bill together that allows the sale of beer and wine at grocery and convenience stores. In the windows of local stores, you may have seen posters that read, “Why can’t I buy wine or beer in my convenience store?” The posters encourage people to visit MDAlcoholchoice.com for more information. 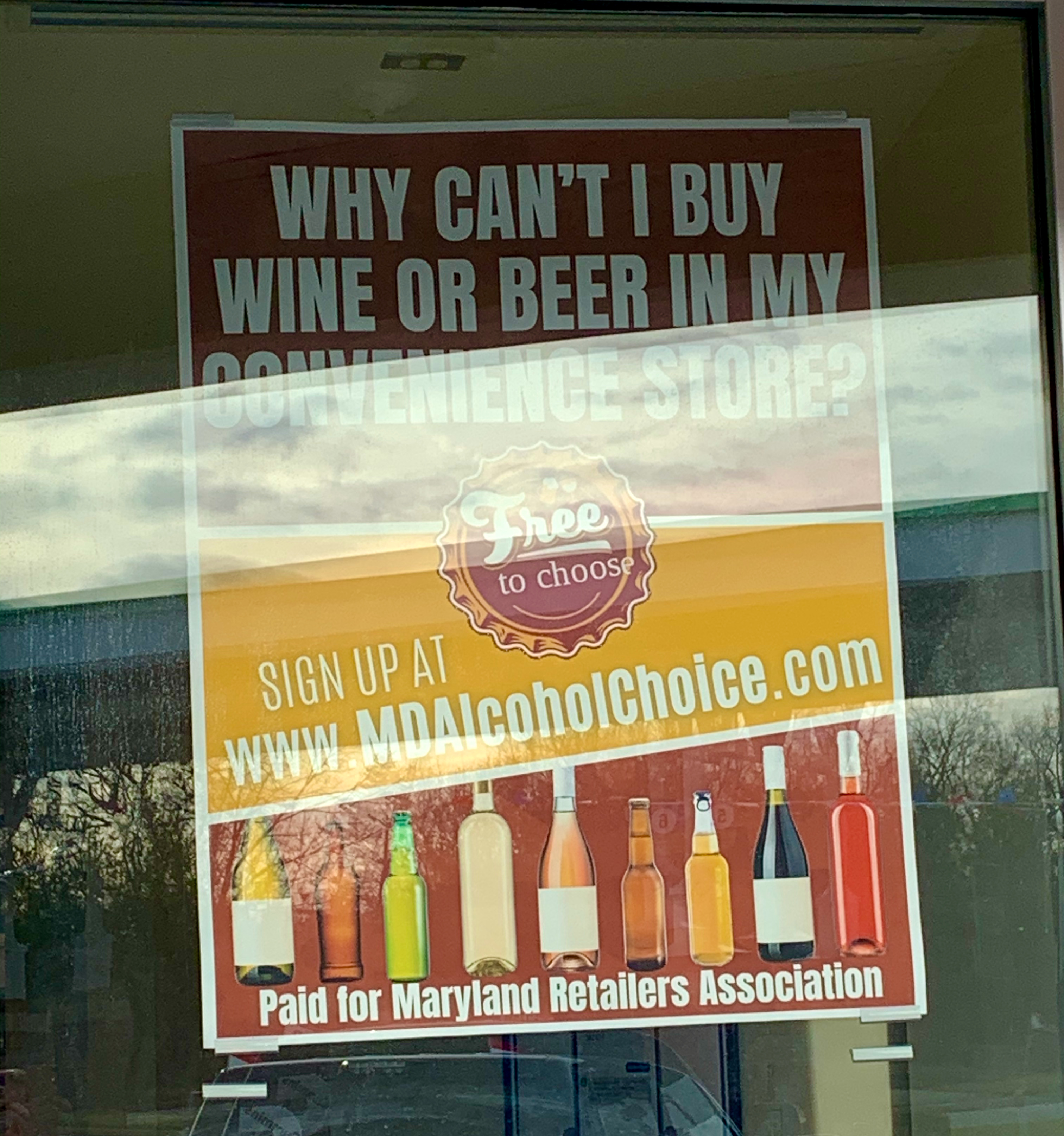 Critics argue that allowing grocery stores to sell wine and beer would squeeze small mom-and-pop liquor stores out of business. The Maryland Retailers Association points to states with similar laws that haven’t impacted small liquor stores. Local liquor stores would still have a monopoly on the sale of hard liquor.

Sponsored by Rep. Lily Qui and Sen, Cory McCray, the proposed bill would require grocery stores and markets to be more than 6,000-square feet and devote more than 50 percent of floor space to food to be eligible. It would also allow businesses not owned by a Maryland resident to apply for a license, currently not allowed under Maryland law. The bill is still in the early stages and already has different provisions for several counties: Prince George’s, Frederick, and Harford. If the bill passes and is signed by the governor, it could go into effect on July 1, 2021.

How do you feel about this bill? Let us know in the comments.