Colorado's forests have taken a huge hit, but the next generation of trees is going to help recovery.

It's not hard to see the impact of the destructive bark beetle infestations that have swept through high-elevation trees in our state. Just travel up I-70 or head down to Wolf Creek Pass to see mountainsides of dead trees.

According to a 2018 Colorado State Forest Service (CSFS) and U.S. Forest Service aerial survey that monitors the health and condition of millions of forest acres across the state, the bark beetle outbreak was still spreading at the time of the study, with the spruce beetle causing big problems. Spruce beetles have invaded more than 1.8 million acres of forest, affecting 40 percent of the state's spruce and fir since 2000. The survey also found that approximately 178,000 acres of high-elevation Engelmann spruce trees were affected by beetles in 2018. One-third of the affected acres were in new or previously unaffected forest areas.

You can read more about the survey in our article, Colorado Forests Continue to Be Ravaged by Bark Beetle Infestation.

However, there is hope on the horizon. Despite the sheer amount of forest we've lost to beetles, the CU research team found that the forest is more resilient than once thought.

“This is actually a bright point, at least for the next several decades,” said Robert Andrus, lead author of the study and recent PhD graduate in physical geography. “Even though we had multiple bark beetle outbreaks, we found that 86 percent of the stands of trees that we surveyed are currently on a trajectory for recovery.”

The study found that bark beetles prefer mature trees with thicker bark, leaving the young-growth trees alone, for the most part. That means that the next generation of trees has a better chance of repopulating forests, though we are still looking at a timeline of decades before our mountains are filled with full, green, healthy trees again. 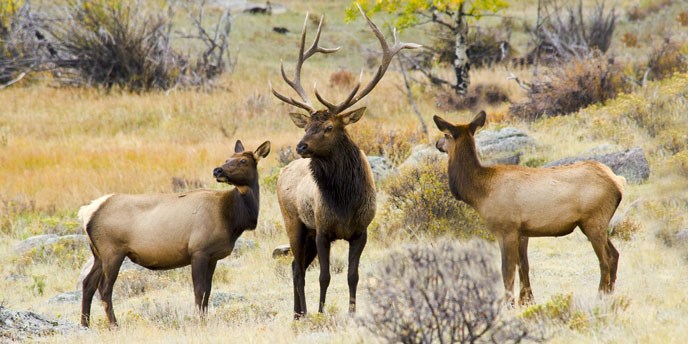 There is, unfortunately, one snag in recovery: wildlife. Deer and elk tend to munch on the top of younger trees, stunting tree growth and slowing down repopulation, but they aren't a dealbreaker in the process.

"That doesn't mean that those trees are going to die—ungulates are just more likely to slow the rate of forest recovery. Which tree species they find tastiest will also affect the species composition of the new forest canopy," said the study.