Virginia farmer Beth Bays is delighting folks near and far with her quirky hay bale creation.

Towering over the friends and family who put him together, "Will-Hay Nelson" is the 2019 annual fall display for Buckscrape Farm owner, Beth Bays. Casually dressed for the season in jeans and his trademark headband, Will is poised with his guitar, ready to entertain his visitors. 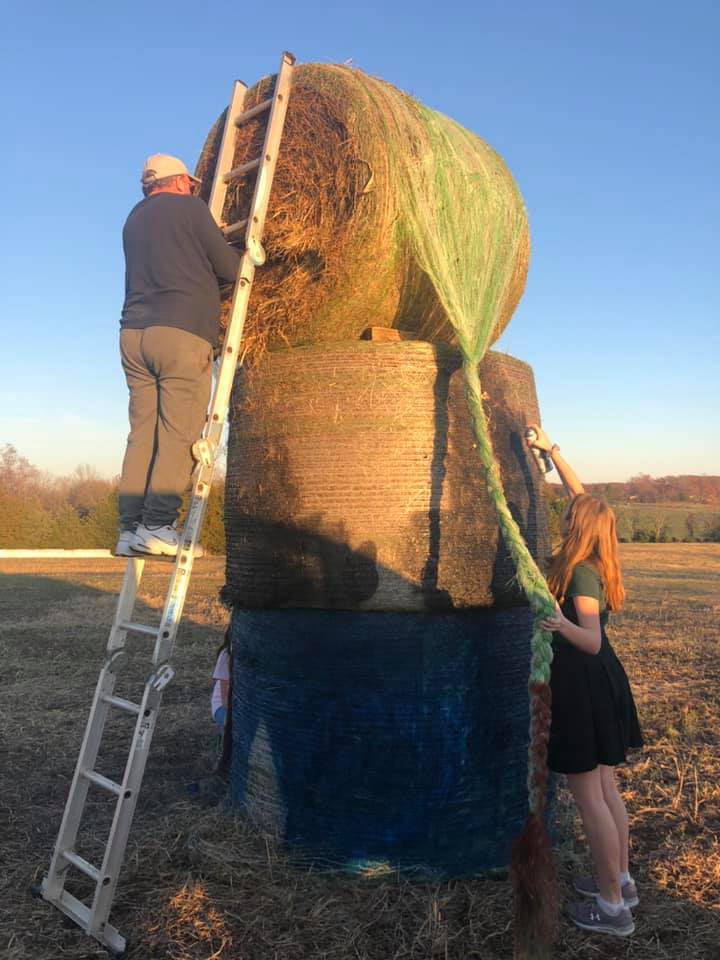 In case you were wondering, Will is three hay bales tall and decorated with a combination of paint, his signature gray braids, and a giant acoustic guitar. 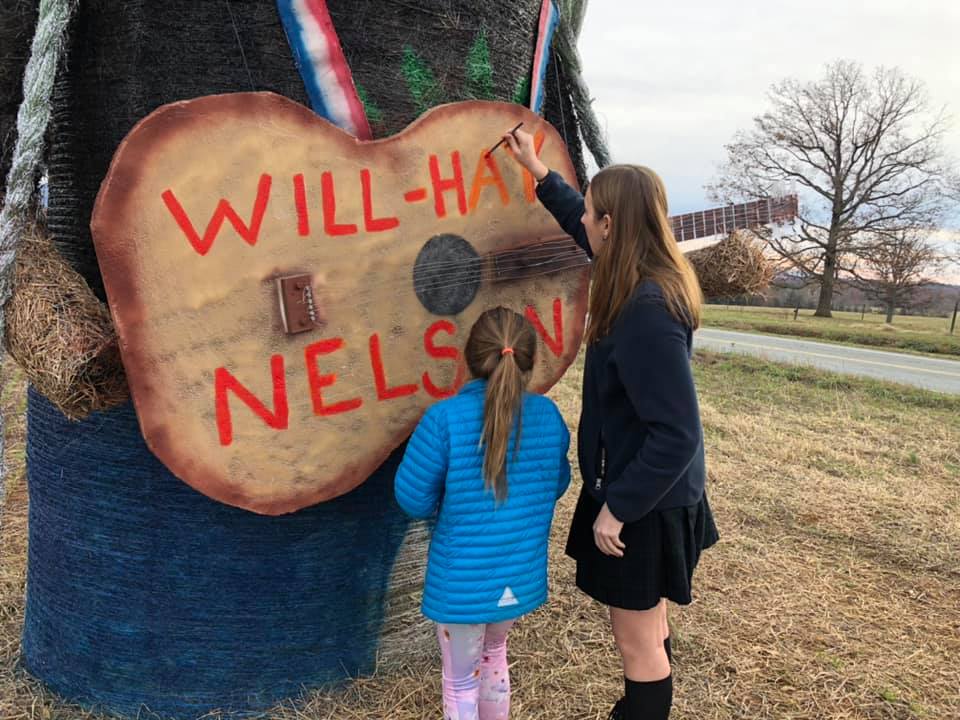 According to a local news report, Bays began making hay bale sculptures eight years ago when the Bedford County Farm Bureau had a creative hay bale contest. She's been enlisting local help to create a head-turning display ever since. Past show-stoppers have included cows, snowmen, and characters from The Wizard of Oz. Amazing! 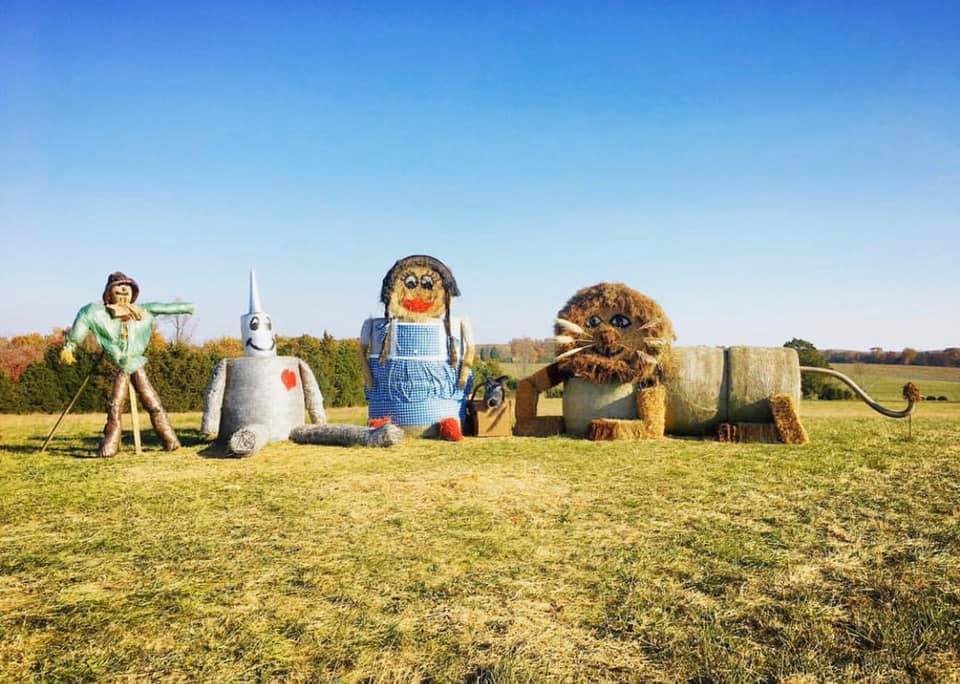 It seems like this cheerful beacon of down-home ingenuity is just what the internet needed right now. News stations all over the world are picking up the story, and as you can imagine, the jokes are pretty corny.

If you want to visit Will in person, he's out there for all to see, in Huddleston, Virginia, south and west of Richmond, almost to Blacksburg. More specifically, he's in a field by the Huddleston Post Office at 1080 Tolers Ferry Road. Make sure you take a picture if you go; he's only around for a limited time!

**The photos in this article are courtesy of Beth Bays' Facebook page, unless credited otherwise.

What do you think of the country star reimagined in hay bales? Would you hit the road to go see him? Let us know in the comments!