Panic at the Gas Station: Fuel Shortage Along the Southeast

Panic at the Gas Station: Fuel Shortage Along the Southeast

The Colonial Pipeline has launched a restart of operations.

ABC News Special Report: President Biden's live press conference today addressed the most recent update on the Colonial Pipeline. It is fully operational now, but it will "take some time" for consumers to feel it at the gas station.

President Biden says as soon as this weekend and early next week, things should return to normal at the gas pumps. His administration has gone to great lengths to ensure this; allowing enough fuel to fill up 5 million vehicles.

As ongoing cyberattack concerns America, Bidens has appointed a new director to Cybersecurity to address modernizing our infrastructure to combat ransomware hackers. The Russian government has not been implicated in this incident, however, the hackers are found to be based in Russia.

In President Biden's parting words: "Stay strong; help us along the way."

A shutdown of the 5,500-mile Colonial Pipeline, which is the biggest oil pipeline in the U.S., occurred six days ago. A Russia-based criminal group is being blamed for the cyberattack shutdown, reported by New York Post.

However, as of Wednesday, the pipeline has launched a restart of its operations.

"Some markets served by Colonial Pipeline may experience, or continue to experience, intermittent service interruptions during the start-up period," the pipeline company said in a statement. 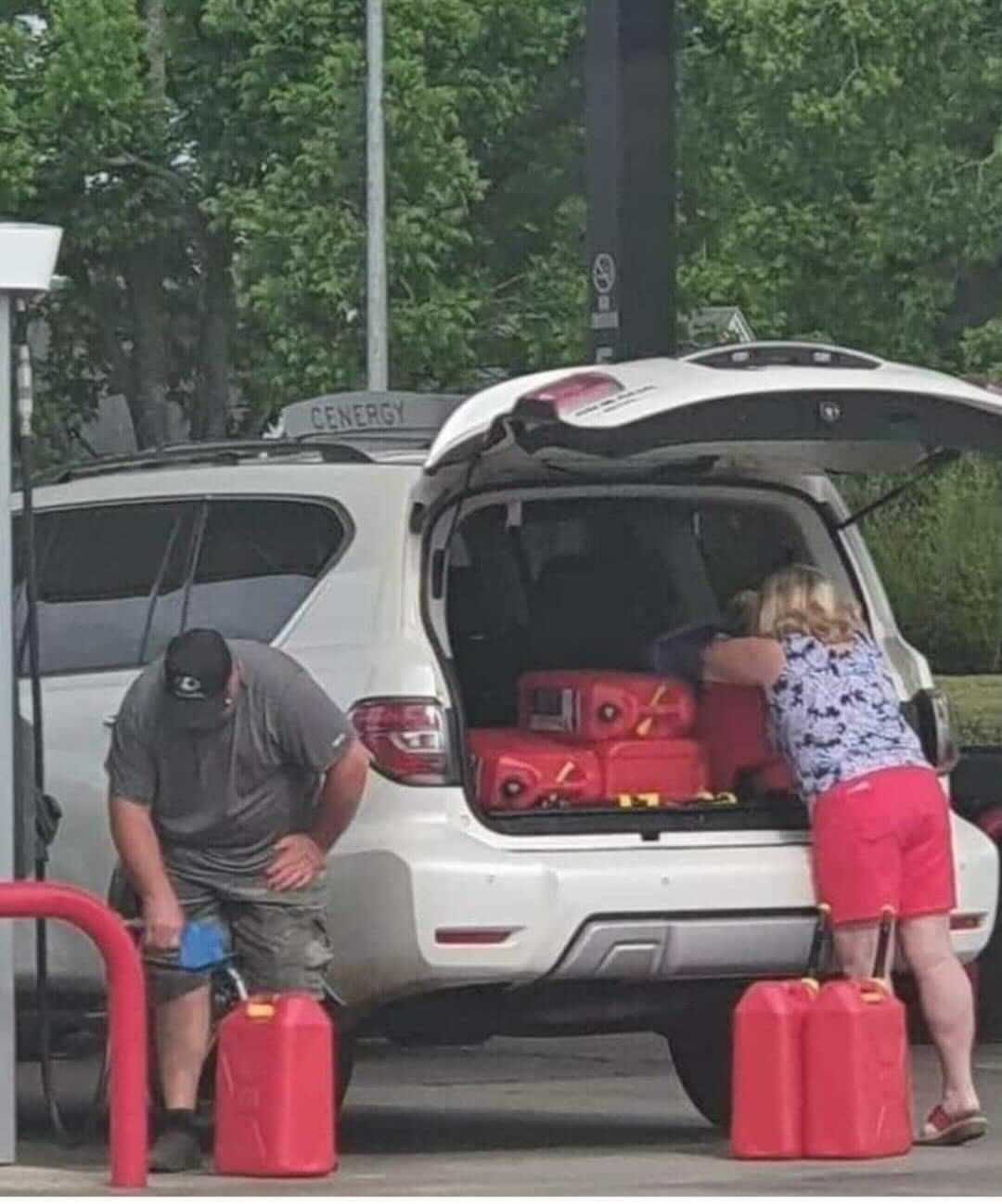 The panic at the gas station is a familiar sight to what we've already seen and experienced during the toilet paper shortage during COVID quarantine; people filling up multiple gas canisters and cars waiting in massive lines at gas stations. Some gas stations have completely run out of gas, including a noted supermarket chain Ingles, according to the Citizen-Times. Many gas stations have bagged their pumps and put up signs that read: "NO GAS."

Colonial Pipeline released a statement on Saturday, May 8, addressing the cybersecurity attack, and continues to update it to reflect the most recent efforts to restore pipeline operations: "Our primary focus remains the safe and efficient restoration of service to our pipeline system, while minimizing disruption to our customers and all those who rely on Colonial Pipeline. We will continue to provide updates as restoration efforts progress."

Did you stand in line to get gas? Share the details in the comments.

*This is an on-going story and will be updated as more information is known. Refresh for updates!