Whether you love to eat them or just love to explode them in the microwave, Peeps are a springtime staple, and this year their new flavor is fierce.

Peeps may well be one of the most iconic Easter candies. Even if they aren't the holiday favorite for eating (they rank fifth), they are a perennial favorite for creating artwork, exploding in microwaves, and decorating baskets each spring.

Peeps first arrived on the candy scene sometime in the '40s or '50s, courtesy of the Rodda Candy Co., before being sold to the Just Born candy company, who still manufactures them today. When Rodda produced Peeps, they did it by hand, and a tray of peeps took a laborious 27 hours. Just Born automated the process within the first year of obtaining the brand, but the decorating was done by hand till the 1980s. Since then, they've automated the decoration process, updated the Peeps dispenser to be more efficient, and expanded the Peeps line with many additional colors, shapes, and flavors. Let's explore some of their exciting marshmallow candies through the years.

Hot Tamale is the latest Peeps flavor on the horizon, debuting this year. It is a flavor that makes a lot of sense since it is a mash-up of two of the candies produced by Just Born: Peeps and Hot Tamales (the hot cinnamon chewy candies). These marshmallow cuties were teased on the Instagram account candyhunting, and it looks like they will be the iconic chick shape, covered in “red hot” candy sugar, and featuring a “fierce cinnamon” flavor.

New Hot Tamales flavored Peeps should be out at Kroger and Kroger-owned stores any day now... Yay or nay? Comment with your opinions below. 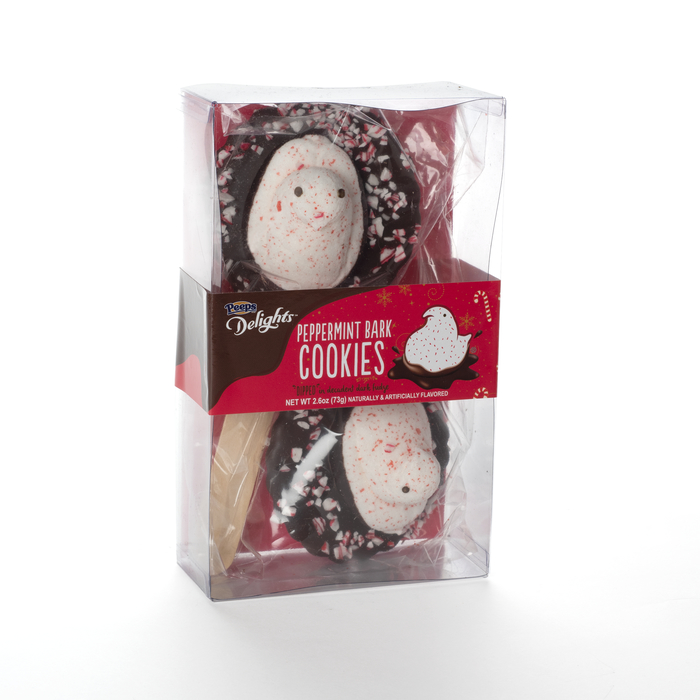 Christmas is the second-biggest season for the Peeps brand. They have many festive holiday shapes, including Christmas trees and gingerbread men. The gingerbread men-shaped Peeps are also gingerbread-flavored and come as part of a standard Peeps box or as part of their Colorful Hot Chocolate Kit. Christmas season is also the season of the Peppermint Bark Cookie Peeps, a peppermint bark cookie that is dipped in chocolate fudge, topped with a peppermint-flavored Peep that is also dipped in fudge, and the whole thing is served on a stick. Christmas time also sees the release of a candy cane-flavored version of the iconic Peeps chick and a chocolate mousse-flavored version shaped like a reindeer. 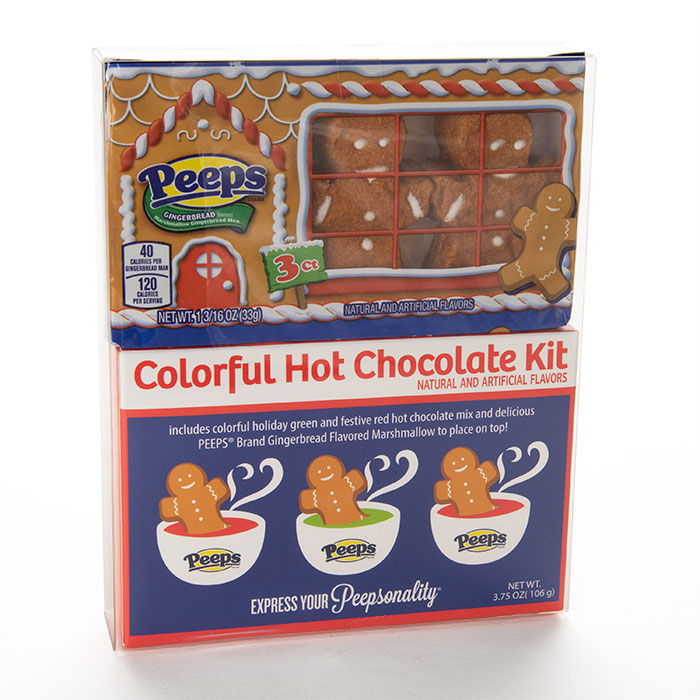 Other Fun Peeps Flavors and Products

In 2019, Peeps rolled out an assortment of interesting new flavors and products for the season. Some, like Rootbeer Float, Vanilla Creme, and Blue Raspberry, were only available at select stores. Other flavors were released nationally, including Pancakes and Syrup, Cotton Candy, and Orange Sherbet (a flavored chick dipped in crème-flavored fudge). That year, Peeps also released a Peeps cereal, a Peeps-flavored coffee creamer, and Peeps-styled FUNKO pop figures. 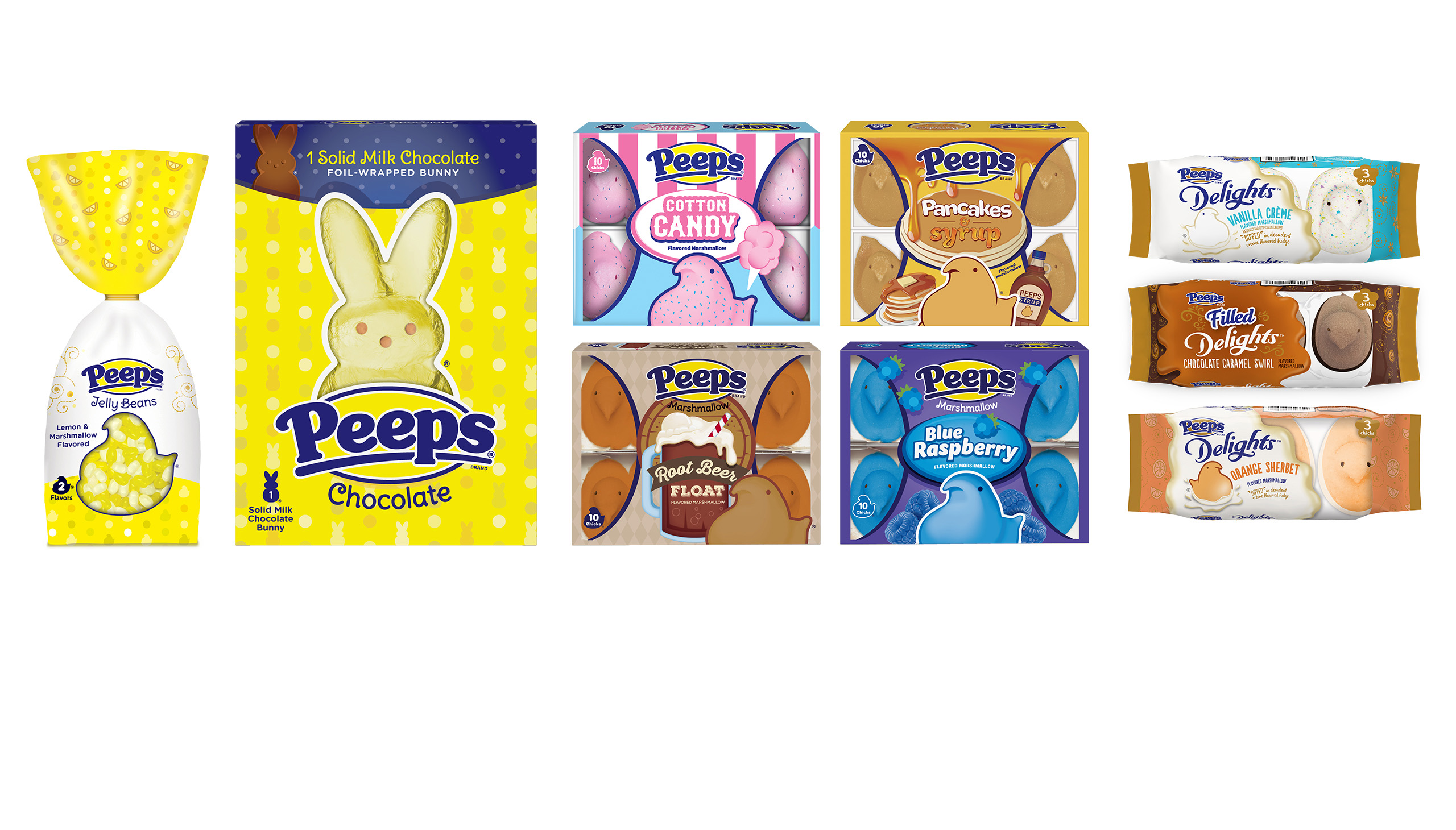 Did we miss your favorite flavor of Peeps? Let us know what it is in the comments.