Taco Bell is known to "think outside the bun," but their latest menu item is embracing the bun in all its glory. The fast-food chain is taking a stab at the chicken sandwich trend with the arrival of the Crispy Chicken Sandwich Taco, and customers in select cities next month get first dibs on trying it!

Let's set the record straight: this isn't your grandma's chicken sandwich, or Popeye's for that matter. It's a hybrid of two foods (the sandwich and the taco) and features all the classic components of the Southern-inspired sammie, but with a couple of twists. For one, the white-meat chicken comes coated in jalapeno buttermilk, Mexican spices, and crushed tortilla chips. Instead of a standard bread roll, the filling is swaddled in a flatbread complete with jalapeno buttermilk dressing on top. The sandwich will also be available in regular and spicy varieties, with the latter option featuring jalapeno slices for extra heat.

We know the chain models it off of a taco, but it still leaves us with so many questions. Is it a taco? Is it a flatbread? Is it a sandwich? It's all of these things, plus that distinct flair for delicious innovation Taco Bell is known for. Leave it to them to create new ways of enjoying a taco!

Taco Bell recently promised the arrival of new chicken items to the menu for 2021, and this announcement does not disappoint. After all, the company has played with poultry before, like the infamous Naked Crispy Chicken Taco, which boasted a taco shell made of fried chicken. Between KFC, Chick-fil-A, and the rest of the poultry practitioners, it seems America can't get enough of breaded chicken sandwiches, and the Mexican chain's latest is sure to fit the bill. 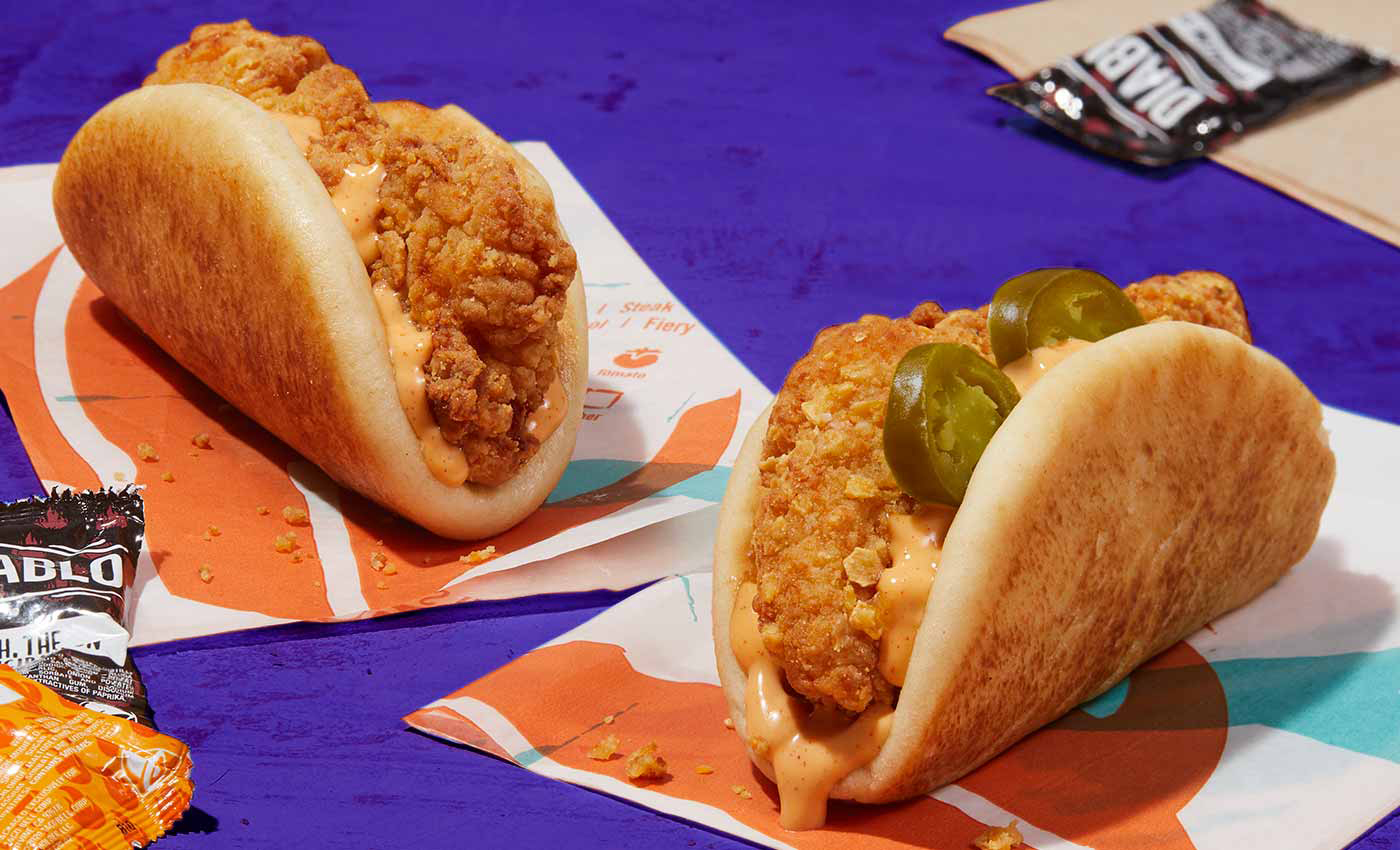 The sandwich retails at $2.49 and will get a trial-run in Charlotte, North Carolina, and Nashville, Tennessee, on March 11 before hitting drive-thrus nationally. That won't be for a little while, so if you've got chicken on the brain as we do, check out the Chicken Chipotle Melt to satisfy those cravings.

What do you think of the Crispy Chicken Sandwich Taco? Are there other chicken items you'd like to see Taco Bell try? Sound off in the comments.