Ranch Bordering Area 51 Is for Sale in Nevada

Ranch Bordering Area 51 Is for Sale in Nevada

The family that owns the ranch is ready to get out of the cattle- and alien-watching business.

Aliens lovers have a rare chance to buy a property next to the secret military installation in Nevada. A ranch bordering the Area 51 government site is up for sale for $4.5 million. The 80-acre ranch named Medlin has two houses and everything you would need to run 750 head of cattle.

The ranch is close to Rachel, Nevada, a mecca for alien seekers from around the world. In the late 1980s, a man named Bob Lazar said he worked at the restricted base and worked on alien aircraft.

The ranch has been owned and worked by Steve and Glenda Medlin for nearly 50 years. The family has had run-ins with the U.S. government and alien seekers on the property. The property is home to the famous black mailbox where Bob Lazar allegedly took secret videos of the UFOs on test flights. The mailbox became a gathering spot for people searching for the aliens and the family had to put a security lock on the box so to protect their mail deliveries. In the 1980s, almost 90,000 acres of land where Medlin let his cattle graze was taken by the U.S. Air Force. Medlin was able to get permission to keep grazing his cattle as long as he let the Air Force know in advance. 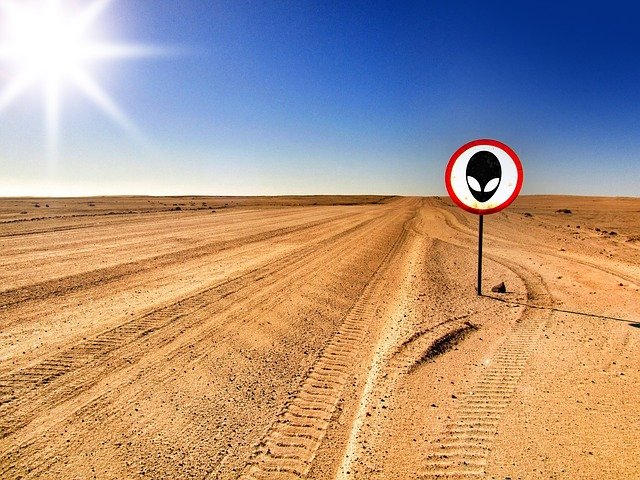 The ranch is located in Alamo, Nevada, about two hours north of Las Vegas. The property has two manufactured homes, a 5,600 square-foot hay barn, shop, and feedlot pens. It comes with a permit that includes grazing rights for 750 cattle, some on Area 51 land. A government-owned weather station is also installed on the ranch.

In 2019, a huge event called “Storm Area 51” was promoted encouraging people to come to Nevada and the said "secretive base." The event generated huge interest, prompting federal and local law enforcement to discourage people from attending. In the end, only 150 people showed up, none of them succeeding in entering Area 51. The secrets of Area 51 may be released to the public later this year. A bill called the Intelligence Authorization Act is forcing the federal government to release information about UFOs later this year.

Have you visited the infamous Area 51 (or at least tried to)? Let us know in the comments.