The Watering Bowl with Cooper, the Therapy Dog, and friends, Courtesy of Our Community Now
Jinny Jordan 7/19/21
Join the Community
shares

The Colorado dog community is the craziest, hands down!

First of all, you've got to understand Colorado and its love affair with dogs. Colorado ranks as one of the top five states for shelter pet adoptions—so it's no secret that "man's best friend" is best found in Colorado. And the dog community in Colorado are some of the "craziest, weirdest, wildest, most awesome people on the planet," says Justin Henry, owner of The Watering Bowl in Denver.

And he should know—he's one of "them." Henry left his successful corporate America job because his quality of life was "going to the dogs" ... literally. He quit his job, signed a lease, and everything happened literally in weeks. Voila! The Watering Bowl. He opened a restaurant and bar that allows for dogs to accompany their human counterparts for food fare, spirits, and fun, but here's what's unique and unheard of at Henry's place: dogs can be unleashed alongside their owners on a spacious and partially covered 7,000 square foot fenced patio. That was eight years ago, and Henry hasn't looked back since. 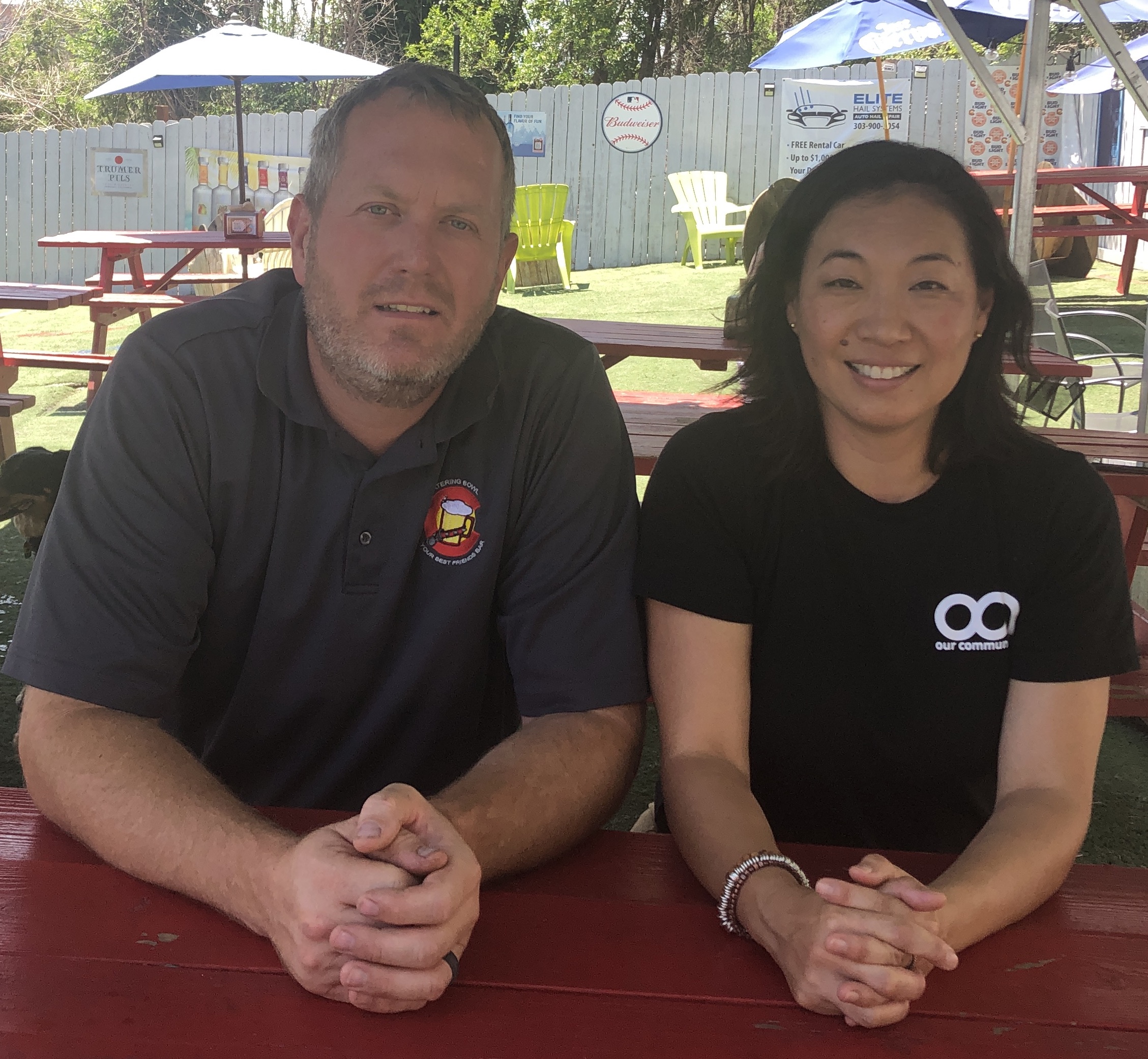 It's not been easy securing this unique license with the city, and Henry recounts many barriers, as well as ongoing battles with the city, but he attributes the success and longevity of The Watering Bowl to his amazing staff and family, as well as the neighboring community and dog community.

"Everyone's been knocked down and can't get back up. The legal barriers to keep The Watering Bowl afloat are tremendous. I've fought with the city for six years over this concept. I've spent more money than I could ever imagine on defending my right to operate. Law firms have stepped up with tremendous legal assistance that I couldn't afford to defend what we've done," he said.

Henry feels great affection towards his community and believes that giving back is just what "crazy dog people" do. The Watering Bowl supports various dog rescues by giving back 15% of profits from their special Rescue Brews, as well as their homemade dog treats, Rescue Bites. Locally, they support MaxFund, L.O.L.A.'s Rescue, and Big Dogs Huge Paws, and they hold dog adoption events throughout the year. 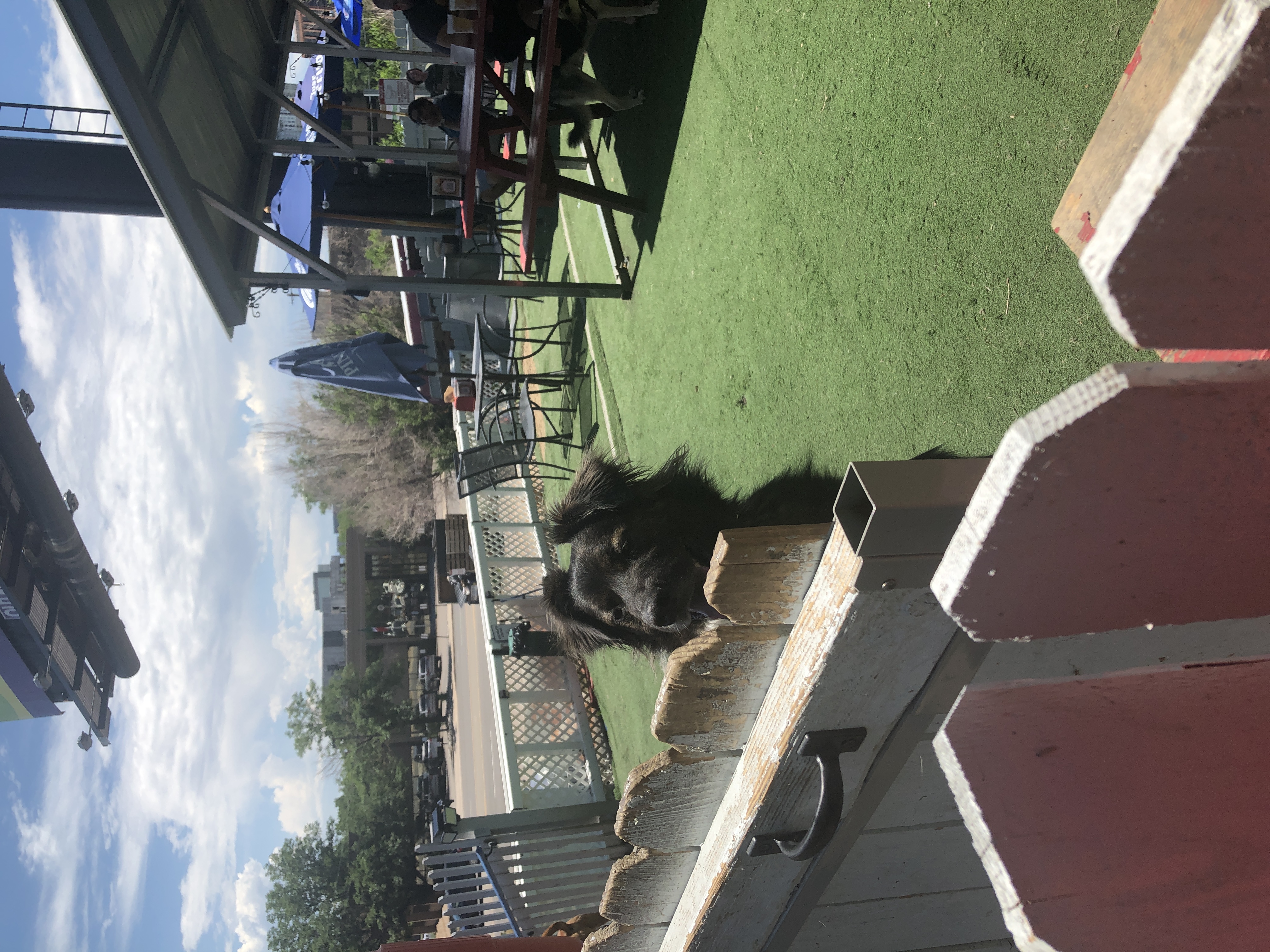 The Watering Hole with Augie, Courtesy of Our Community Now

Along with being a unique restauranteur and owner, Henry is also an ordained minister ... for dog weddings. Yep, he's presided over four dog weddings right at The Watering Bowl and has seen anything from dogs in tuxedos and bridal wear to flower dogs.

All are welcome at this place—kids, families, singles, young and old—and dogs, of course! The establishment notes: "We only cater to good people and good dogs," so leave your dog (or yourself) at home if prone to aggressive or behavioral issues or triggers.

The Watering Bowl is more than just a restaurant or a bar, it's really a culture, an event, an experience. So, come and be welcomed into the crazy, Colorado dog community!

Look for Restaurants Near Me, Glendale edition (soon to be posted), featuring The Watering Bowl.

Are you part of the dog community in Colorado? What's the craziest adventure you've had with your dog. Share in the comments.

A 'Mario Kart'-Style Ice Karting Pop-Up Is Coming to Denver!