The Washington Redskins Will Go By 'Washington Football Team' This Season

The Washington Redskins Will Go By 'Washington Football Team' This Season

The name and logo are out, but the colors are here to stay.

This announcement came after the Washington team faced public pressure from corporate sponsors for its name’s racist connotations. On July 13, the team responded to this backlash by announcing that it would be undergoing a thorough review of their name and retiring the Redskins name and logo completely.

“The decision to use 'Washington Football Team' for this season allows the franchise the ability to undertake an in-depth branding process to properly include player, alumni, fan, community, and sponsor input," continued the statement. “To date, we have been pleased to see so many people putting forward their vision of what the new name and design should be on their social media channels and we look forward to including their feedback as this process progresses.”

The newly-named Washington Football Team has already started to retire the Redskins branding from all team properties such as FedExField, Redskins Park, and even their digital spaces. This process is expected to last about 50 days and will be completed by the team’s home opener against the Philadelphia Eagles on September 13. 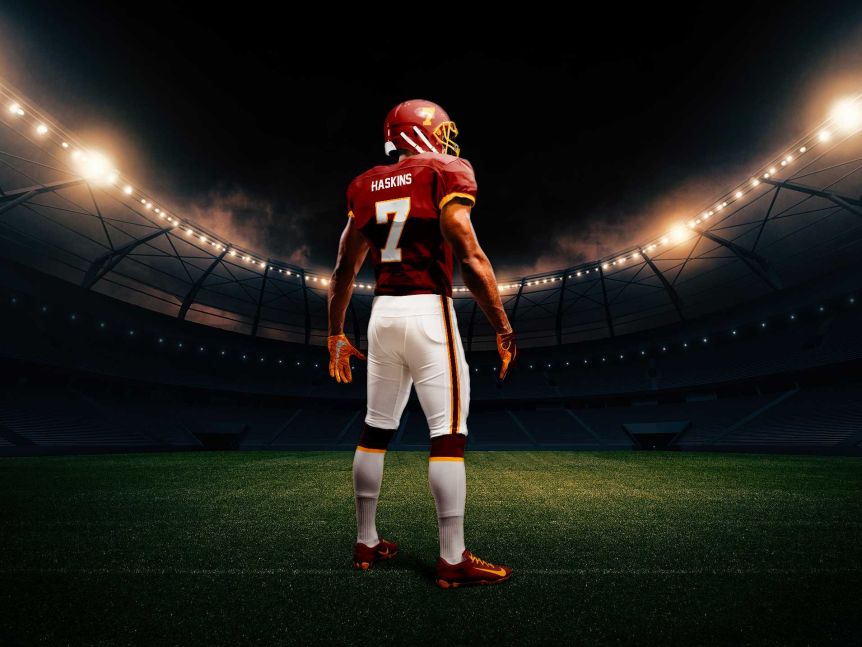 Courtesy of the Washington Football Team

Fans will also be able to purchase “Washington Football Team” merchandise very soon. This merchandise will come in the team’s iconic burgundy and gold colors and will likely be sold on team property and online.

Although the name is said to be temporary, there have been some mixed reviews on the decision. For some people, like Dwayne "The Rock" Johnson, the temporary name change is the first step in the right direction.

Even though this name is clearly temporary, I appreciate the organization moving at an accelerated pace towards some progress prior to this @NFL season.
For the love of the game - I vote,
“WASHINGTON BALLERS”
You’re welcoooome!
*sang Maui style
😉💪🏾
https://t.co/6wpmDNAcgY

While others, such as LeBron James, think the team name is simply lazy.

Just waking back up from my pregame nap to see about The Washington Football team??? 🤣🤣🤣🤣🤣🤣. Is that real?? No way! Oh man they had a thorough intense long board meeting about that one huh. 🥴🤦🏾‍♂️

So, what do you think about the name change? Do you have any ideas of what the permanent name should be? Let us know in the comments!