Who Knew? The Denver Broncos Have a Fight Song—and It Has Words!

Who Knew? The Denver Broncos Have a Fight Song—and It Has Words!

The approaching football season hangs thick in the air like a winter storm rolling in over the mountains. We anticipate it. We smell it. We look forward to it. And like good Coloradans, we start stocking up on supplies.

What kind of supplies do you need for the Broncos season (other than an endless supply of bratwursts and beer, of course)? Well, I'm glad you asked. Two words: team spirit. And like college and pro football teams across the country, we need a song—a fight song. Something that rallies the troops and unites us as one. 'Cause there is honestly nothing better than 70,000 people singing in unison. Really.

The thought first occurred to me during the playoffs last year when television broadcasts of Steelers games and Eagles games showed fans belting out their fight songs whenever something went right for their teams.

So I took to the internet to research the issue. A lot of NFL teams have fight songs—albeit somewhat cheesy ones. I combed the web and took the time to listen to fight songs from all over (you're welcome): from the very intense and stoic "Bear Down, Chicago Bears," to the New Orleans Saints' "When the Saints Go Marching In" (always love that one!), all the way down to the weirdo pirate-esque "Autumn Wind" poem that belongs to the Raiders (boooooo).

Then there's Tampa Bay's groovy '70s tune "Hey, Hey, Tampa Bay," and the Los Angeles Chargers' former fight song, "San Diego Super Chargers," which literally says, "We're comin' your way; we're gonna dazzle you with our play." Thank God that era is over. I'm pretty sure a disco ball dropped out of the ceiling during the saxophone solo. 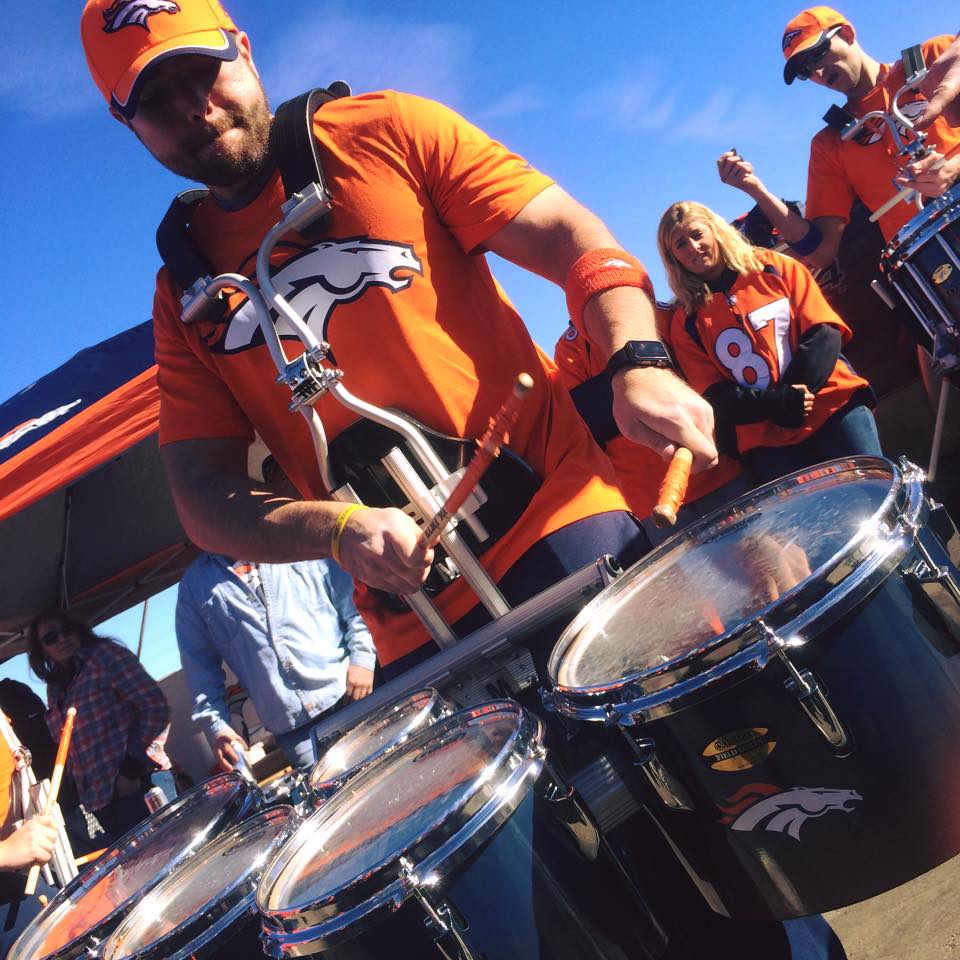 But I learned something huge. As it turns out, the Denver Broncos do have a fight song—it's just waaaaaaay underused and not very well-known (yet) in Broncos Country.

But you know what? It's decent. It's catchy. It has words. And I think we should bring it back to the popularity it deserves!

You may have heard the Broncos Stampede brass and drumline play the fight song before the game. And recently, they've been playing the lyrics on the big screen so fans can follow along. But at the games I've attended, it doesn't seem like they make too big a deal over it—not nearly as much as they could, not nearly as much as other teams make over theirs. Our fans certainly don't KNOW the words and tune by heart—they certainly don't think to sing it on their own accord.

Need the lyrics? I dug them up for you:

"Here come the mighty Denver Broncos
We feel the thunder from inside
Because the spirit of the West,
Will always be the best,
Let’s shout with all our pride …
Go Broncos!

Hail to the mighty Denver Broncos
Our team will rise a Mile High
We salute the Orange and Blue
We’re fans until the day we die."

I mean, we should be using this, right? Singing it loud and proud! We should make our kiddos recite these words in elementary school; we should whisper them over our babies while we rock them to sleep.

Okay, I admit—that's too much. 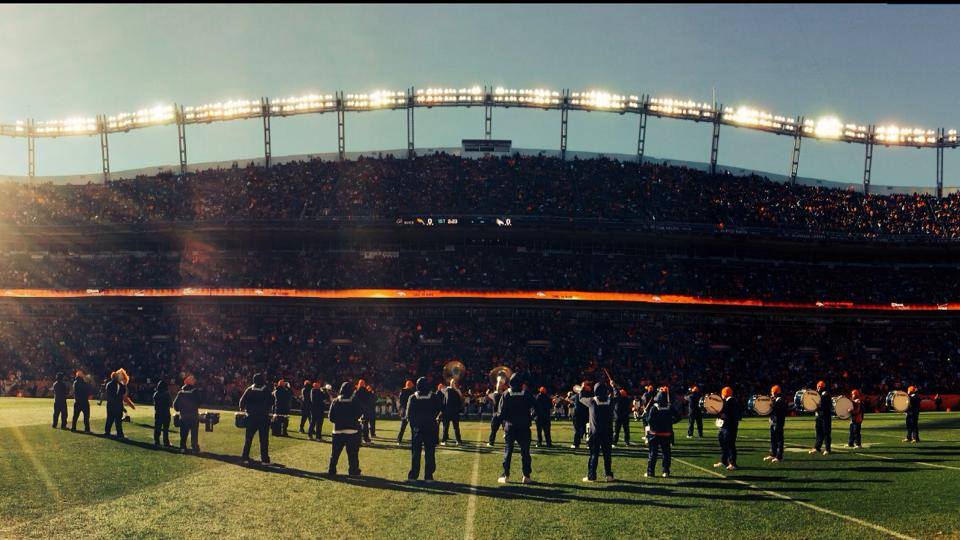 There is evidence that the Broncos also had a fight song back in the 1960s.

"There was an open room that would face out into Bears Stadium (the original name of the first Mile High building), which hosted a big-band setup providing the music for halftime and other events," The Rooster reported. "Every time Denver scored, the band would play 'The Mighty Broncos March'—all the while fans would chant along to its partnering lyrics."

Those lyrics are as follows:

Verse:
Yippie, Oh, Ay, Take it boys, go all the way
Yippie, Ay, Oh Watch the Broncos go
Yippie Ay, Yippie Ay, The Broncos win today, HEY!
Back to the chorus now, and all join in!"

Now, try as I might, I simply can't make these words fit as perfectly into the music that the Broncos Stampede is playing in the video above. So the tune for The Mighty Broncos March fight song must have been different. And unfortunately, I haven't been able to find it anywhere online.

I was able to find this little gem, however:

(Yes, I am equally as confused as you.)

Fans have also attempted to mix together their own Broncos tribute songs with reasonable success. Like this one ...

We want to hear your thoughts in the comments below! And if you have anything to add to this discussion, please reach out to OCN at info@ourcommunitynow.com.

UPDATE: Shortly after we originally published this article, we were contacted by Dave Marvin, Director of the Broncos Stampede. He answered a lot of our questions! Read our interview with Dave Marvin about how the Broncos Fight Song came about!