Hop on board for a weird and wacky Maryland road trip!

While the world’s largest rubber band ball in Chevy Chase, the museum of menstruation in New Carrollton, Glen Burnie’s cat-sized church, and Manchester’s papier mâché cow are all gone, Maryland has quite a few quirky roadside attractions throughout the state. Seriously though, does anybody miss that menstruation museum?

We’re going to be covering 11 of Maryland’s most fun and weirdly photogenic roadside attractions. To get in a little Old Line State geography, we’ll be traveling west to east and then south (more or less).

Roadside Rocket on a Trailer

While it appears to be real, this roadside rocket is an amusement park ride. It’s still cool, nonetheless. The back side has a hatch with stairs. Located near the Red House Antiques Store, it can be found on the southbound side of U.S. 219/Garrett Highway. 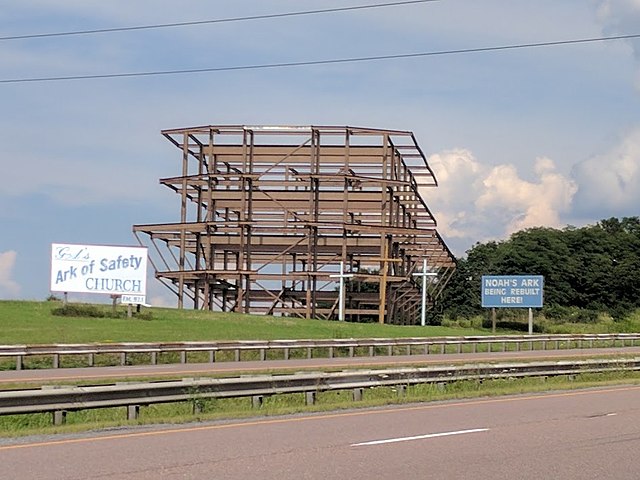 This decades-long endeavor sits just off of Highway 36 in Frostburg. The Noah’s Ark project began in 1976 with plans to be 450 feet long, 75 feet wide, and 45 feet high. The steel beams were installed in 1999, and that’s where it sits today. While you’re in the Frostburg area, check out America’s Oldest Road Sign. Known as Braddock's Rock, it was carved with directions and distances in the 1700s. The one-ton rock is now preserved in a glass case. 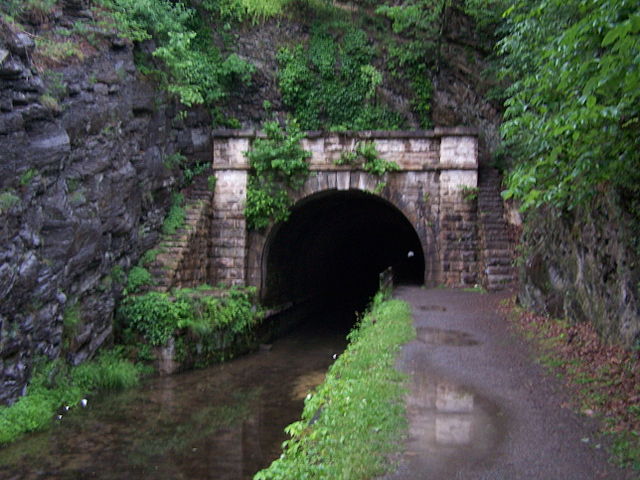 Aside from the quirky name, the Paw Paw Tunnel offers a bit of railroad history. Blasted and dug out right through a mountain, the 3,000-foot railway tunnel was part of the C&O Canal. You can take a walk through the tunnel—which has stalactites, dripping water, and bats—to the former blasting area called the Big Cut.

Roads and Rails is more than just a mini railroad. There’s a circus, a zoo, a coal mine, and moving cars and trucks. Fictional TV towns, UFO landings, and crop circles give this mini railroad a weirdly wonderful touch. Check out the National Museum of Civil War Medicine while you’re in town. You’ll have a deeper appreciation for the modern use of things like basic anesthesia after leaving that one.

This 1960s house, located in an upscale neighborhood, has the droopy and rounded look of a mushroom or a hobbit house. Made of concrete, it has been added onto over the years. It is a private home, but it’s visible from the street. 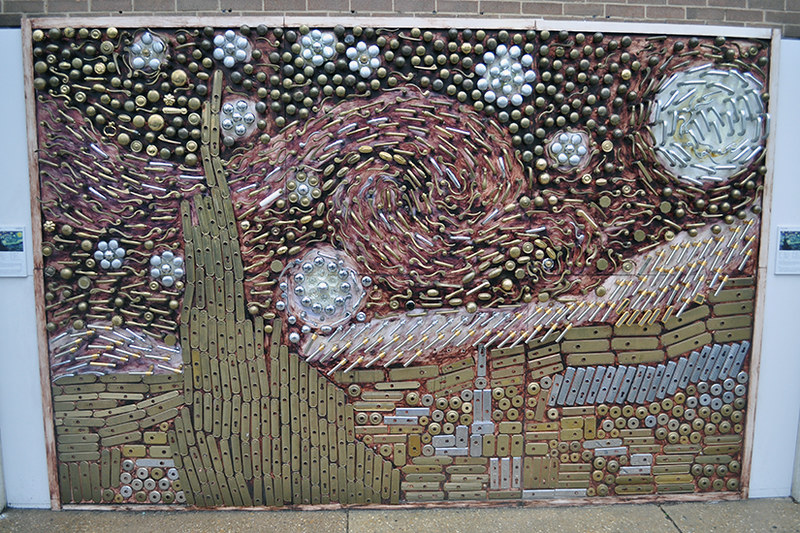 This unique take on Vincent Van Gogh’s Starry Night is found at Union Hardware. The mural is decorated with salvaged plumbing parts and more than 1,250 cool and colorful doorknobs. It was created by the owner of the hardware store in 2011.

The Awakening Sculpture at National Harbor 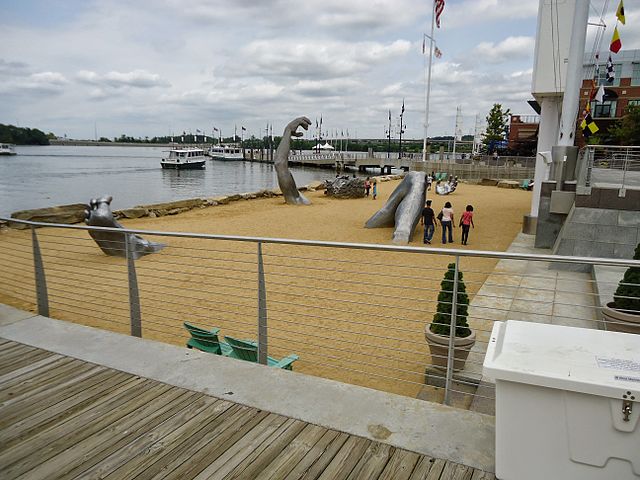 J. Seward Johnson’s 72-foot Awakening sculpture seems to be digging his way out of the sand. Located along the waterfront at National Harbor, just outside of D.C., the giant head, arms, and legs are popular spots for kids to climb on.

Open since 1775, The Horse You Came In On Saloon is the oldest continuously operating bar in Maryland. It’s where Edgar Allan Poe had his last drink before collapsing and passing on. The seat where Poe sat is commemoratively marked “Poe’s Last Stand.” The bar is supposedly haunted by Poe’s ghost. 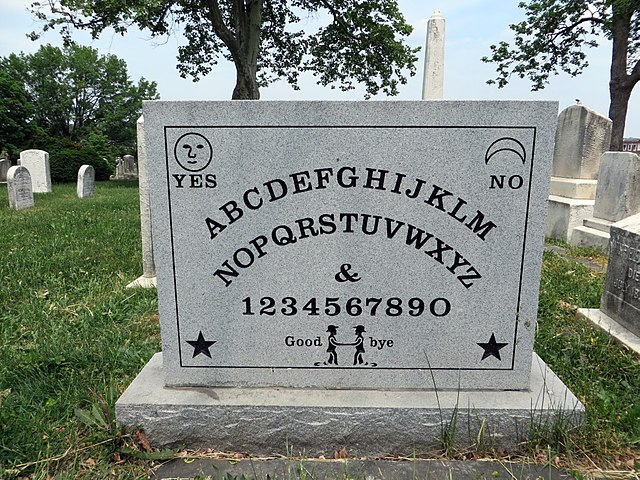 Elijah Jefferson Bond, inventor of the Ouija board, is buried at Green Mount Cemetery. His resting place is marked by a tombstone inscribed with the numbers and letters of his invention.

Seagull in a Varsity Sweater

Salisbury University’s mascot, Sammy the Seagull, shows off his school spirit in a varsity sweater. The 7-foot tall seagull currently sports a face (Or should that be “beak?”) mask to comply with social distancing.

Chicken in a Top Hat and Tails

Maryland must have a thing for wings and feathers. There’s a 10-foot chicken decked out in a top hat, tuxedo, and tails near the Dough Roller restaurant, just west of the boardwalk. It was originally built to promote a fried chicken place.

Frontier Town has been hosting train robberies, gun fights, and can-can shows since 1959. The Western-themed family-friendly amusement park is open during the summer and is widely known for its water park. Other Western fun includes horse-drawn carriages and Wild West store facades. You can’t miss the giant gunslinger on a horse out front.

Have you been to any of these quirky roadside attractions? Did we miss your favorite? Let us know in the comments.