October is here! Are you craving all things witchy? In case you missed it, Charmed, classic late '90s show starring Alyssa Milano, Shannen Doherty, Hollie Marie Combs, and Rose McGowan as powerful witchy sisters, rebooted in 2018 with a diverse cast and socially conscious messaging in line with current events. The third season aired on the CW on January 24. With the approach of Halloween, if you're looking into some witchy shows to watch here's our review of it.

But first, a quick recap!

The new Charmed premise shares the fundamentals of its predecessor: three sisters come together to form the Charmed Ones, some of the most powerful witches in the magical world who can vanquish nearly any foe using the Power of Three. Each has a unique power: Mel manipulates time, Maggie reads others' thoughts and feelings, and Macy moves objects telepathically. They are assisted by a White Lighter, Harry, another magical being with the power to teleport and heal injuries, which certainly comes in handy in their line of work. The sisters also report to a Council of Elders, a group of experienced witches and warlocks, who regulate what goes on in the magical world and enforce certain rules to protect magic. 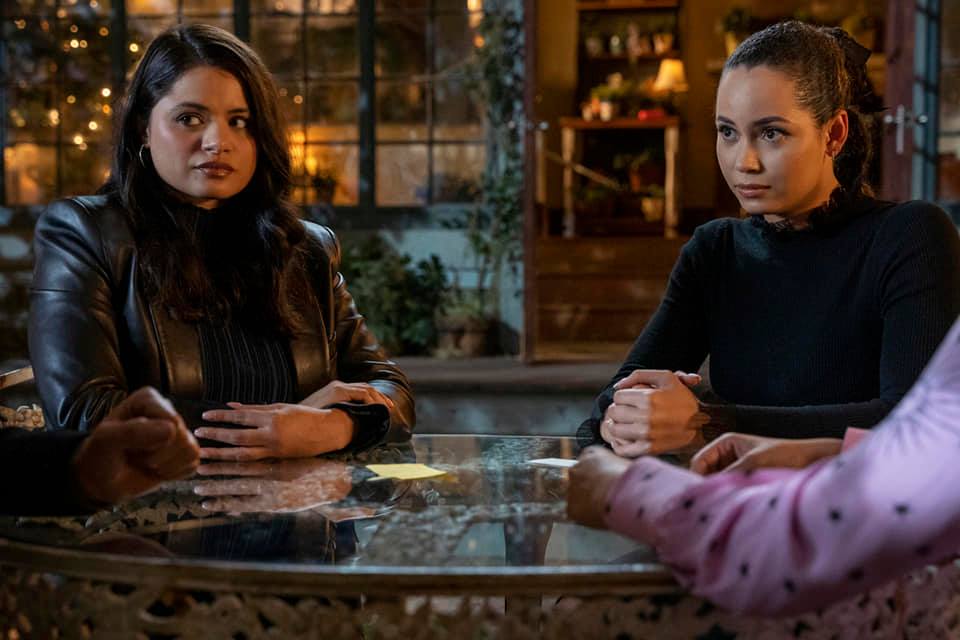 In the first two seasons, the sisters fight many a mythical monster, but their main goals are to solve their mother's murder and to prevent evil from taking over the world. They often tangle with the Elders, as well as the demon clans. Maggie unwittingly dates the son of a powerful demon for some time, and she and her sisters continue to run into Parker and other members of his family as they fight for control of the demon world. We also learn that Macy herself is half-demon due to a taboo spell her parents performed at her birth. Harry discovers that when he was made a White Lighter, the process inherently created a Dark Lighter when the Elders separated his good and evil halves. The Elders themselves are eventually eliminated as the governing magical group by Parker's father, leaving the Charmed Ones in charge to battle against the Shea Group, a corporation whose secret mission is to conquer magic for themselves, as well as other foes.

In the new season, the sisters are still running the magical world from their underground command center, where they took refuge when Harry's Dark Lighter attacked them. Jordan, a close friend from the previous season, is battling a curse placed on him due to the missteps of an ancestor. Abby, frenemy and new demon overlord, is having a crisis of conscience which might be manifesting itself in her demon form attacking her. Julian now wakes to the evil his corporation was perpetrating. Harry and Macy have finally admitted their feelings to each other. On top of all that, the sisters developed a magical allergy that forcefully repels them from each other and all other magical creatures after their latest attempt to save the world. A lot is going on. So is the latest season worth watching? Read on to find out.

For me, Maggie is the beating heart of the show, along with Abby and Jordan. These characters show humanity, vulnerability, and humor again and again. Maggie is already an empath, but she is also refreshingly fun-loving, warm, and disarmingly disingenuous. Jordan, too, is inspiring as the guy who continues to fight against the odds. Abby's character development especially intrigued me this season. She shows tremendous vulnerability and complexity as we learn more about her complicated past, and how it affected her self regard. I want to like Harry and Macy, but their star-crossed lovers' act occasionally feels forced. However, Mel has some heartwarming moments this season, as she unexpectedly has a brush with motherhood. 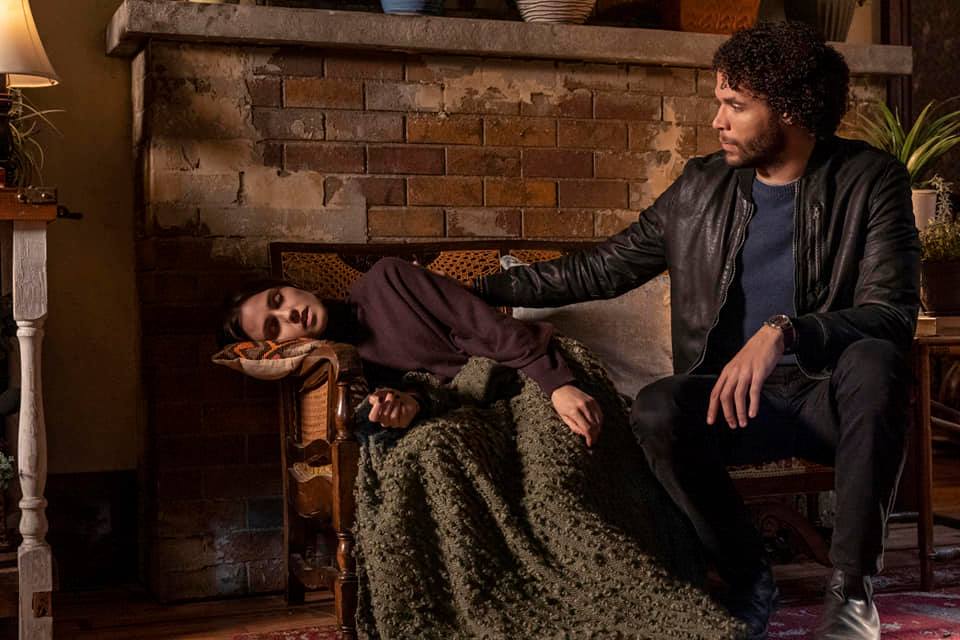 The new Charmed has set a clear mission to promote social consciousness and awareness of the issues marginalized groups face. This season especially focuses on transphobia through one of Mel's students, as well as the sisters' estranged cousin, Josefina. In addition, the sisters' magical allergy seems like a clear parallel to COVID, keeping them 6-feet apart from each other at all times, modeling the pain of separation that many viewers have undoubtedly felt during the pandemic.

The writers' ambitions are admirable, but there were just so many villains, social issues, and side stories thrown into the show that the plot was bloated and unintelligible at times. The progressive outlook is a worthy cause, but it's starting to feel like they're chucking in everything but the kitchen sink, which ultimately detracts from the writers' abilities to spend real quality time exploring different issues. The show feels a little like it's trying to solve all the world's problems all at once, and each new character who introduces an issue, such as their cousin, Josefina, starts to feel like tokenism, unfortunately. It is admirable that the show's writers are attempting to provide sympathy, healing, and a call to action for viewers, but any one of the side stories would've made worthwhile plot lines all on their own, and probably would've been clearer and more engaging as a result.

But instead, the Charmed Ones overcome three different Big Bads in one season (not exaggerating), making it feel as though there are three season finale episodes instead of just one; each one overly complicated with magical objects, special terminology, and tricky transactions. Plus, the sisters still have to cure their magical allergy, while also explaining why we need to question privilege and hegemonic norms. I honestly couldn't keep track of it all after a while, and often felt as though I had no idea what was going on between the Perfecti, the Conqueror, the Demon Overlord, the Whispering Evil, and more. By the time the actual finale came, I was pretty fatigued and felt emotionally uninvolved for what should have been a heart-rending episode. 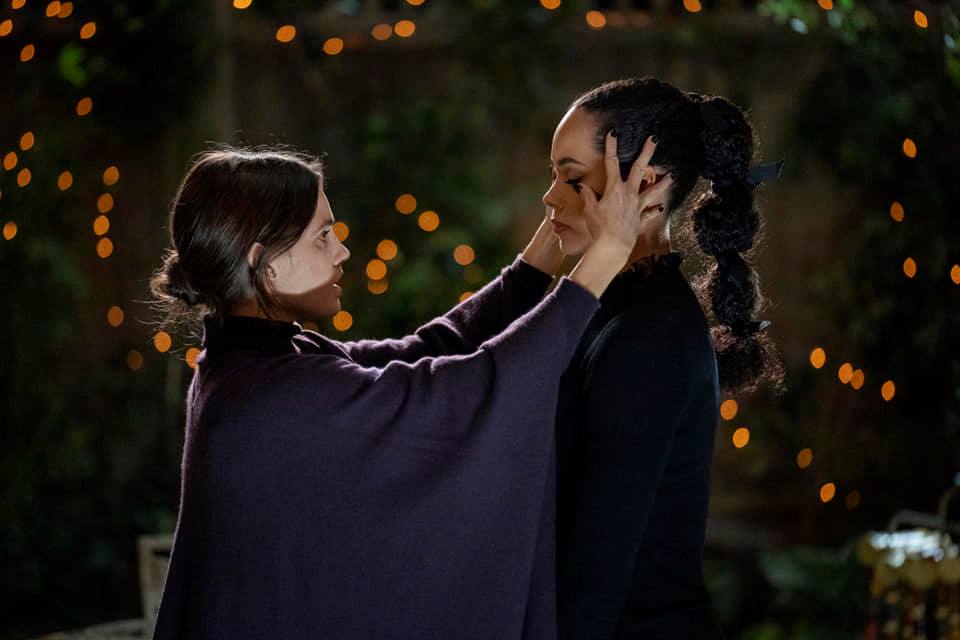 This season really tested my desire to continue watching. The season ended with the promise of excitement and new characters, but I'm not sure it's enough to get me to invest more time. Season 3 gets a "C." We love the nostalgia and we still like the characters, but if they have to save the world three more times before dinner, they've lost us.

Did you watch Charmed Season 3? What did you think? Let us know in the comments.

Week 10 in high school football: 5 things to watch in the Anderson area