Many D.C. streets were closed this past weekend for a "movie production." Now, we're here to give you all the details about what was actually filmed.

Did you notice abnormal traffic in Washington, D.C., this past weekend? Did you come across closed-off roads or a random motorcade on Pennsylvania Avenue? Well, consider yourself lucky, because you might have been caught on camera for an upcoming Showtime series!

On Saturday, February 22, the Metropolitan Police Department (MPD) released information regarding limited traffic flow and parking restrictions on Pennsylvania, Independence, and Constitution avenues between 14th Street and 7th Street. According to MPD, these delays and restrictions were caused by a movie that was shooting in the area.

However, that was all we got. MPD did not release any information about the film, and no one knew any details about the production—until now.

The “movie” that filmed on the streets of D.C. this weekend was actually not a movie at all, but rather the pilot for a Showtime series called The President Is Missing. Based on the novel by James Patterson and former President Bill Clinton, the show follows a vice president who unexpectedly becomes president halfway through his administration when President Jillian Stroud goes missing. As he walks deeper into the world of politics, the vice president ends up in a “secret, world-threatening crisis” both inside and outside the White House. He gets attacked by both friends and family, all while scandal and conspiracy swirl around him.

The TV series stars David Oyelowo (Dr. Martin Luther King in Selma and Harold in Gringo) as the vice president and Janeet McTeer from Ozark as President Stroud’s Chief of Staff. Other series regulars include Paul Adelstein, Medina Senghore, and Gina Gallego. 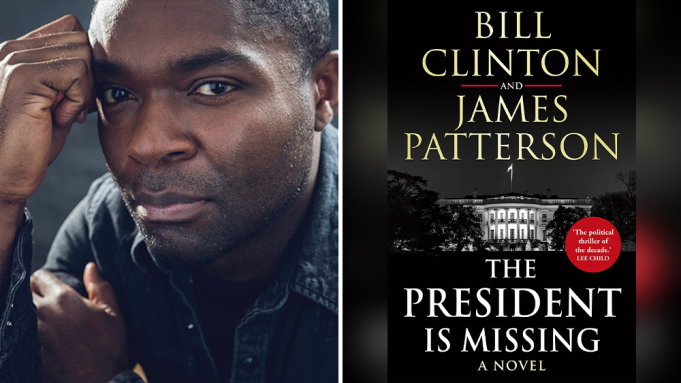 Although there is no set release date for the pilot, you can expect to see a lot of 14th Street featured in the series. People who were in the area during the show’s filming stated that they saw a motorcade scene on Pennsylvania Avenue. This included a limo that looked very presidential, followed by two SUVs and cruisers. Some even suggested the entire scene looked a little like an '80s era film.

The series was also expected to film in Maryland. Back in October 2019, Maryland Governor Larry Hogan announced that the pilot episode of The President Is Missing was going to start filming in Maryland in early 2020. Maryland Film Director Jack Gerbes was extremely optimistic about the publicity the show would give the state.

He said, "We're hoping [The President Is Missing] will be on the same level as House of Cards in regards to the number of hires, in regards to the number of businesses positively affected by the production. ... We are thrilled that Showtime will shoot the pilot for The President Is Missing in Maryland, and we are hopeful that it will become another successful series for our state."

We can expect to see beautiful shots of Washington, D.C., and Maryland on The President Is Missing soon. Let us know if you were in the area during filming and if you’re excited for the show’s pilot!