Nitro Knockouts Are Doing Things 'Women Aren't Suppose to Do'

Nitro Knockouts Are Doing Things 'Women Aren't Suppose to Do'

It's not a Good Ol' Boys Club anymore!

The OCN Street Team has been hanging out at the Bandimere Speedway track this summer, and we keep finding incredible stories and people here! We pulled back the curtain (pink curtain) on the race track and we found Amy Schrader, one of the club representatives for Nitro Knockouts, a racing club for women. "Come and race with us—we're not about winning, we're about breaking the barriers and that glass ceiling; doing things that women aren't supposed to do." When asked about how women are received in the racing world Schrader commented, "A lot better—we've come a long way."

Nitro Knockouts was founded by Debbie Bandimere. Amy Schrader and Kim Myers are the club representatives. It's a race club for women (although men race on the team too), but you don't need to know how to race or even need to know much about cars. "We do this to support each other. It's a sisterhood, we're going to cheer you on either way."

The club is around 400 members nationwide and costs $39 for a lifetime membership (and not all members race or even have a car). But for those who do, there are lots of opportunities to hit the race track. And if you think you need a fancy sports car to win, Schrader let us know that there are 11-second cars and 20-second cars, and the woman who won Queen of the Hill last year was driving a KIA Soul. So no excuses, Ladies! 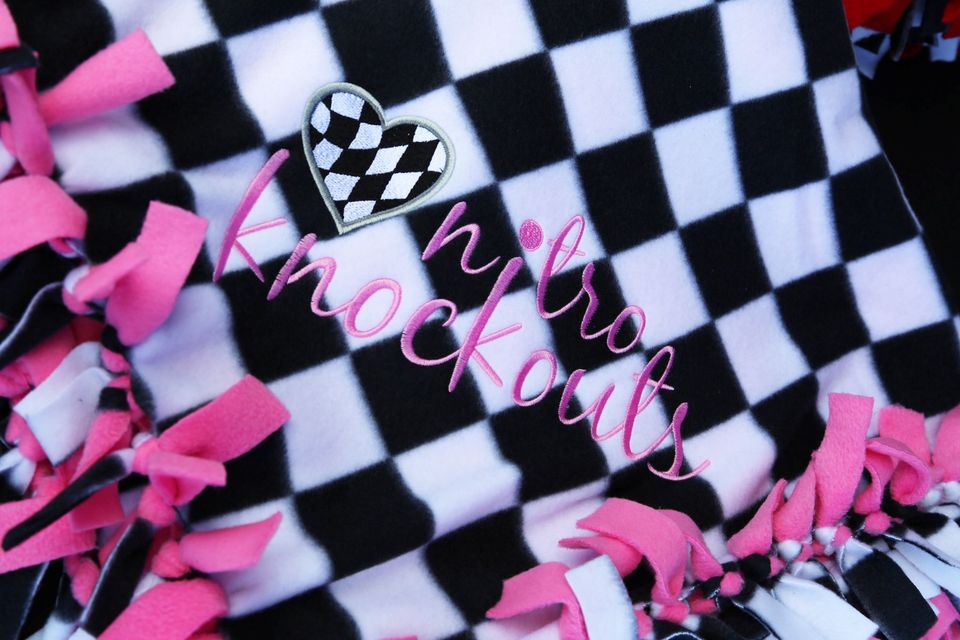 The annual October race is definitely the race to be at and is near and dear to Schrader's heart. It marks Breast Cancer Awareness and pink is the color of choice; from a pink race track, pink cones, pink T-shirts, it's all about bringing about awareness for early detection, honoring survivors and those who have lost their battle to cancer. It's really the sisterhood not only among Nitro Knockouts but among cancer survivors and families. Schrader's grandmother and mother (triple-negative breast) both battled cancer, and her mother passed last January. To honor and serve as a memorial, Schrader brings her Volkswagen, and Officer Allie (state patrol) brings a patrol car each year for people to sign to honor loved ones who have passed and those who are battling cancer. The event is in partnership with St. Anthony's hospital and Rocky Mountain Cancer Centers.

The Nitro Knockouts are a sisterhood and it's so easy to get involved and join. For more information, check out www.nitroknockouts.com or email [email protected].

No experience is necessary, so tell us in the comments what you think about racing!