Bear-Proofing Your Home Is Not Just a Good Idea, It's the Law in Colorado

Bear-Proofing Your Home Is Not Just a Good Idea, It's the Law in Colorado

Did you know you can get fined if a bear gets into your property looking for food?

Bear season is hot and heavy in Colorado. The animals are out and looking for food as they prepare for the coming winter. Residents who live in bear country know the recommended steps to take to keep themselves and their homes safe from curious and hungry bears. And bear-proofing your home is not just recommended to keep the furry fiends from getting into your trash, it's the law in some places in Colorado.

Colorado Parks and Wildlife (CPW) can fine someone if a bear goes onto their property and finds food and the food source is not removed. Local municipalities can fine homeowners and business owners who do not secure trash cans from bears, or if they do not report a bear interaction.

Fines vary depending on the issuing agency. CPW fines start at $50. However, in other areas, like Aspen, fees are higher and can be anywhere from $250 to $1,000, with a possible court appearance included. CPW’s fees for knowingly luring bears starts at $100 for a first offense, $500 for a second offense, and $1,000 for the third and subsequent offenses. Aspen has also seen over 250 bear incidents this year, with at least 20 of those involving a bear getting into a home or vehicle.

This is not just for those who live up in the mountains either. In fact, in places near the foothills, like Colorado Springs, there have been numerous bear sightings this summer—over 200 in the Colorado Springs area alone. Colorado Springs is currently considering an ordinance that would require residents who live in areas where bears are known to frequent trash cans to have bear-proof cans. The area west of I-25 is well known to be an easy score for bears to grab a snack as many residents have trash cans that are not locked, despite the efforts of CPW to reduce bear contact with humans. 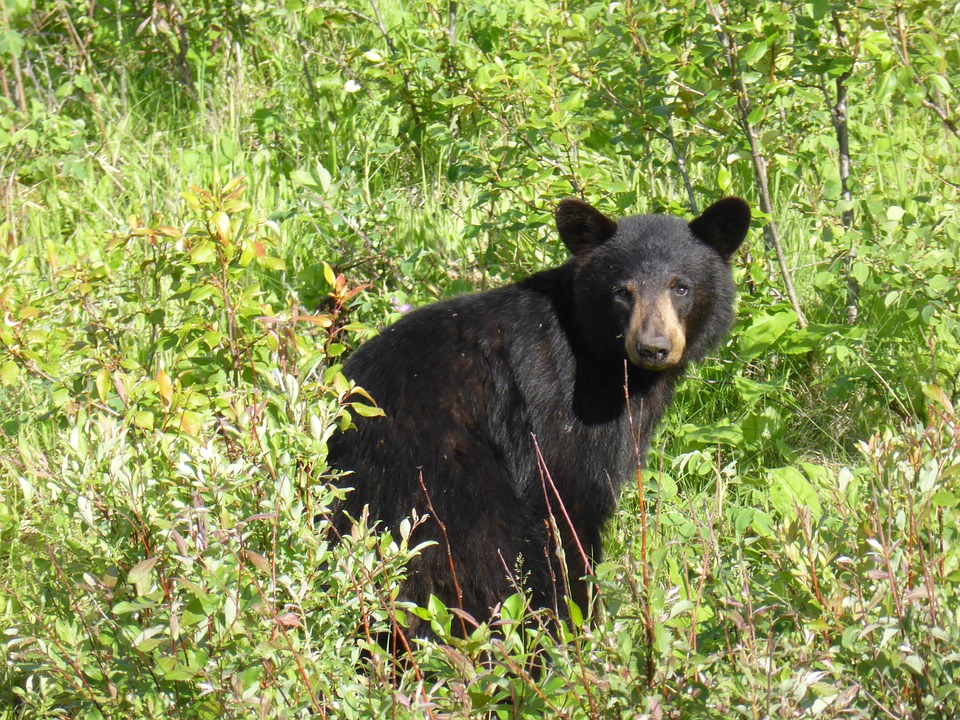 Consumption of human trash is not healthy for the bears, and 2019 has had several cases of bears rooting through trash for scraps, including one bear that tried to raid the dumpster of a pot dispensary in search of a special treat and another that busted through the wall of a home like the Kool-Aid man. So far this year, there have been more than 3,600 calls to CPW about bear sightings and interactions, with 80 bears having been euthanized after attacks or aggressive behavior towards humans.

A female adult bear euthanized after a recent attack in Pine, Colorado, was sent to the University of Wyoming Forensics lab for analysis and was reported to have a significant amount of trash in the stomach, meaning the bear had been snacking on garbage found in trash cans for some time.

CPW offers guidance on the subject to keep bears out of homes, trash receptacles, and cars. Bear-proofing your home includes removing bird feeders, keeping house and garage doors closed/locked, using bear-proof garbage cans, and not putting trash out until the morning it gets collected. It's also smart to get rid of attractants—even a lip gloss in a car can attract a bear— as well as not storing food in garages or sheds.

If you're out camping in bear country, learning how to prevent a bear attack is also something to keep in mind. Seems like more than just common sense to go ahead and take the precautions to avoid getting an up-close and personal bear encounter. Protecting both bears and humans from possible injury or death is no joking matter, and as bears become more and more used to consuming human trash, we need to be aware and take every precaution we can.

Did you know that it was possible to be fined after a bear attack or for not bear-proofing your home here in Colorado? Do you know of another bear ordinances that we should be aware of? Give us the details in the comments.