The Easton native captured the attention of Pharrell Williams with her song "Alaska."

Maggie Rogers is a multi-instrumentalist with the talent and heart to match. The 25-year-old musician has wowed Pharrell Williams, played sold-out shows around the globe, and has captivated audiences with her eclectic blend of folk, pop, and dance. With her flowing blonde hair and free-spirit attitude, she's like no other songwriter at the moment. Did you know the rising star is also native to Maryland? Yeah, neither did we!

Born on April 25, 1994, Maggie Rogers grew up in Easton, Maryland. She began playing music at a young age, starting with the harp at just 7 years old. From there, she learned piano and guitar and was composing original music by the time she reached high school. At The Gunston School in Centreville, Maryland, she took on jazz band, choir, and the banjo. Her writing skills came into focus after winning a songwriting contest during a summer program she attended at The Berklee College of Music. In 2012, she was accepted into New York University's Clive Davis Institute of Recorded Music.

In 2016, the musician attended an NYU master class held by producer Pharrell Williams, where she played her song "Alaska." His response? "I've never heard anyone like you before, and I've never heard anyone that sounds like that." The video went viral and resulted in Rogers securing a record deal with Capitol Records. 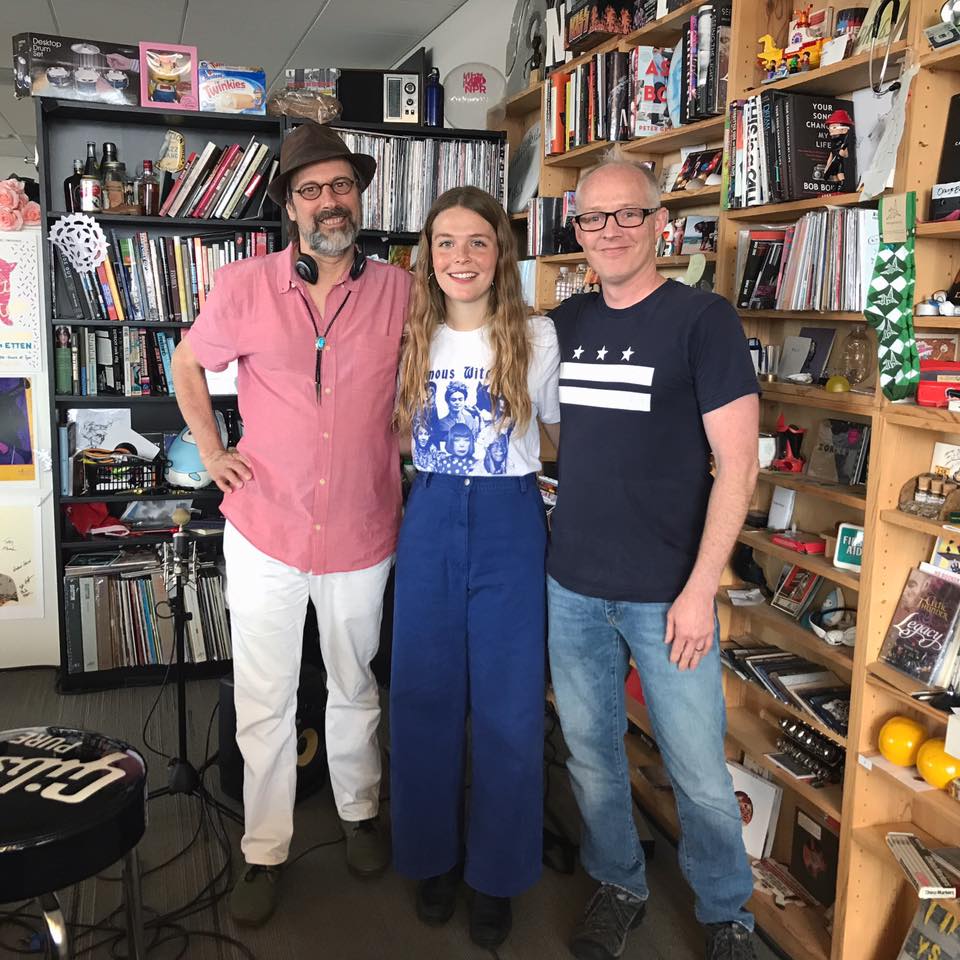 In 2019, she released her formal debut Heard It In A Past Life. Along with jumping to No. 2 on the Billboard 200 charts, it produced six singles, among them "Fallingwater" and "Light On." She also brought her talent to the screen with appearances on Late Night with Jimmy Fallon and Saturday Night Live.

So far, Rogers' output consists of two self-released albums and one studio album: The Echo (2012), Blood Ballet (2014) and Heard It In A Past Life (2019). She's garnered critical acclaim for her inventive compositions and toured alongside huge artists including HAIM and Kacey Musgraves. She's also found musical kinship in songwriters like Brandi Carlile and Sharon Van Etten. Recently Rogers got the nomination for Best New Artist from the Grammys, an award previously won by Adele and Bon Iver!

Maryland has a rich history of musicians in its past, from Frank Zappa and Eva Cassidy to The Mamas and the Papas' Cass Elliot. It seems Maggie Rogers is not far behind, as her story is one of a rising star. We cannot wait to see what she does next!

Is anyone here a fan of Maggie Rogers? What's your favorite song? Let's hear them in the comment section!