It's a miracle: After weeks of waiting, the National Zoo's Mei Xiang has given birth!

The 22-year-old female giant panda surprised zookeepers on Friday, August 21, with a brand-new baby cub. The exciting moment was caught at 6:35 p.m. on the zoo's Panda Cam, along with footage of the mom cuddling with her baby.

Given that the last panda to be born was Bei Bei in 2015, the zoo is absolutely stoked for the newest addition.

“Giant pandas are an international symbol of endangered wildlife and hope, and with the birth of this precious cub we are thrilled to offer the world a much-needed moment of pure joy,” said Steve Monfort, John and Adrienne Mars Director of the Smithsonian’s National Zoo in a press release. 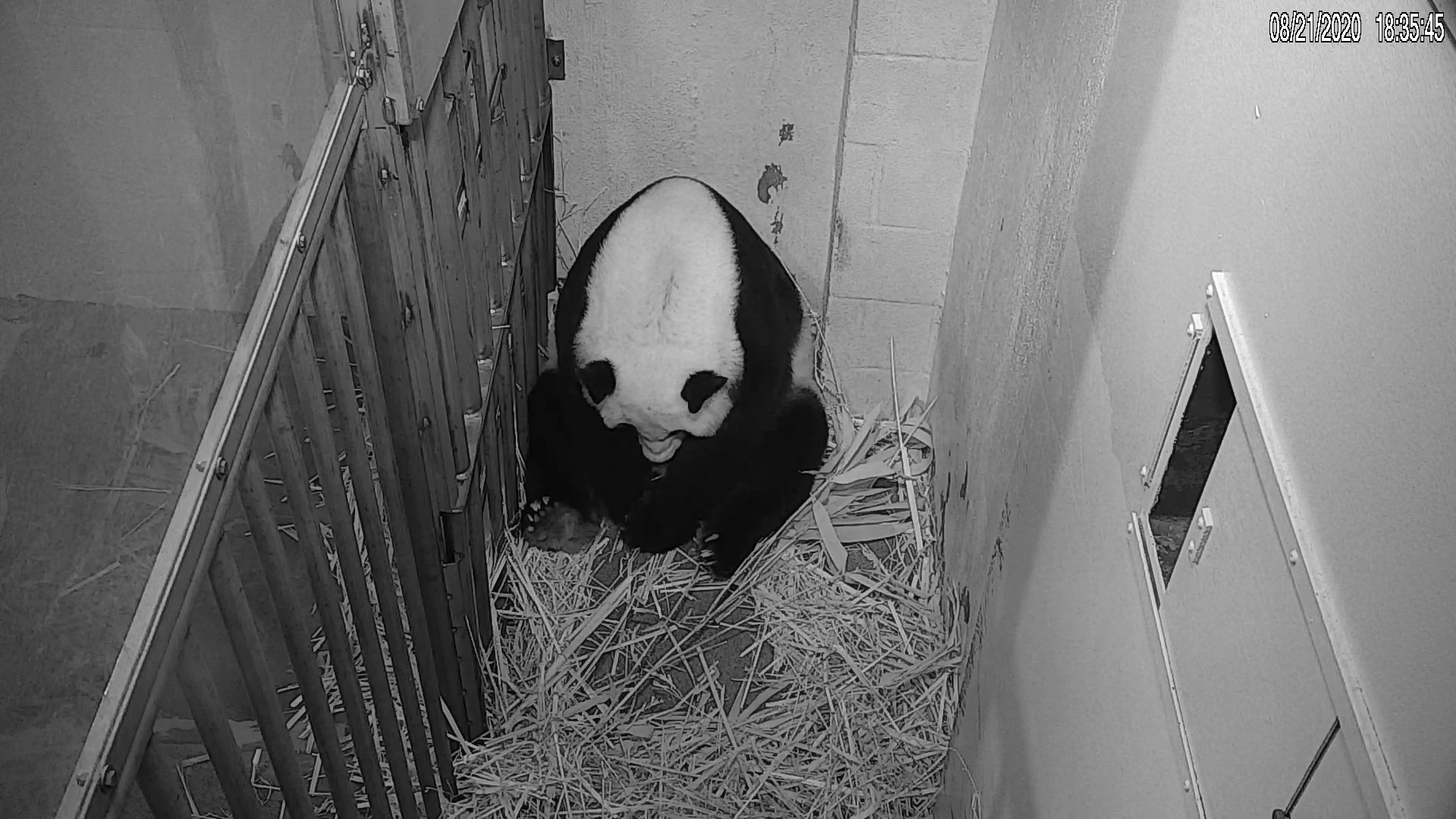 The news comes after the ultrasound conducted on August 14 and 17 that revealed the presence of fetal tissue in Mei Xiang's uterus. Back in March, she was artificially inseminated using frozen semen from male giant panda Tian Tian.

For female pandas, breeding season is quite brief; they are only able to conceive within a 24-72 hour period each year. With Mei Xiang's older age, the odds of becoming pregnant were low. Now, along with being the United States' oldest panda, she is the second-oldest ever recorded to give birth, a significant milestone in species conservation.

The zoo will continue to monitor Mei Xiang and her cub on the Panda Cams and will complete a neonatal examination in the coming days. They will also determine the cub's sex at a later point in time.

❤️🐼 Keepers report that giant panda Mei Xiang and her newborn had a successful first night. Between bouts of good rest, Mei Xiang appeared to nurse her cub and was very attentive to its vocalizations. Staff are closely monitoring the pair via the Panda Cam, allowing Mei Xiang and her cub time to bond. 👀🎥 TUNE IN: https://s.si.edu/2xiVLKp. #PandaStory #PandaCubdates

"I am incredibly proud of our animal care and science teams, whose expertise in giant panda behavior was critical to this conservation success," Monfort added.

On Saturday, the zoo posted an Instagram update reporting that mama and baby were doing well after the first night.

"Between bouts of good rest, Mei Xiang appeared to nurse her cub and was very attentive to its vocalizations."

Loud squealing is signs of a healthy baby, so so far, so good!

The panda house has been closed to give Mei Xiang and the little one privacy, and we look forward to meeting this cutie when the time comes! Until then, you can find more tender moments on the Panda Cam.

What do you think of the new baby panda? Share your thoughts in the comments!