Popeyes Is Bringing the Chicken Sandwich Back This Weekend

Popeyes Is Bringing the Chicken Sandwich Back This Weekend

This is not a drill: the Popeyes chicken sandwich is back!

Popeyes Louisiana Kitchen has finally announced the return of its popular chicken sandwich. The sandwich launched in September to long lines and sell-out crowds, leaving a trail of disappointed customers. The popularity of the sandwich also spawned a social media war with other fast-food brands, including Wendy’s and Chick-fil-A. Rumors about the return of chicken sandwich have had the nation waiting with bated breath.

Finally, after two months, America’s chicken sandwich dreams will come true. Popeyes stores around the country will relaunch the sandwich on Sunday, November 3. The return of the sandwich on a Sunday is a nod to Chick-fil-A, whose stores are closed that day. A commercial for the launch shows an employee adding “open Sunday” to a freeway restaurant sign, right next to a Chick-fil-A sign that reads “closed Sunday.” 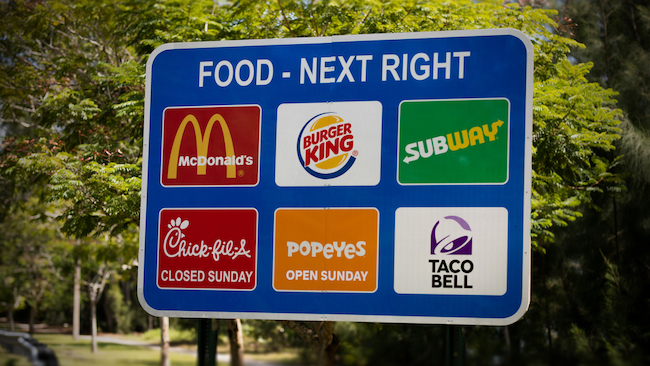 The origins of this year’s fast-food phenom happened in a curious way. A southern California restauranteur was caught bringing in Popeye’s chicken tenders to use for her signature chicken sandwich. Instead of taking action against the restaurant, Popeyes offered to partner with her on the launch of the tasty creation.

The sandwich is actually pretty simple. It features Popeye’s signature buttermilk chicken breast filet and pickles served on a buttered brioche bun and topped with either a spicy mayo or Cajun spread.

Earlier this month the company went on a hiring spree to make sure they would have enough employees to handle the traffic for a new rollout. After the launch on November 3, the sandwich will become a permanent part of the menu at all stores around the country.

What do you think? Did you get to try the sandwich last time it was out? Tell us in the comments!