The DC-based eatery arrives in the fall at Pike & Rose shopping center.

Popeye's, Burger King, Chick-fil-A ... step aside. If you thought the chicken sandwich wars had reached a stalemate, Marylanders are about to receive a new contender to heat things up. Roaming Rooster, a DC-based chain specializing in fried chicken sandwiches, is heading to Maryland.

Federal Realty announced last week the restaurant would appear at Pike & Rose shopping complex in Rockville this fall, along with other District favorites like Cava and Call Your Mother deli.

"As a supporter of the DMV’s local businesses, Federal is eager to bring this popular regional favorite to its first location in Maryland and Montgomery County,” Federal's Director of Leasing Emily Gagliardi said in a press release.

Initially founded in 2015 as a food truck, Roaming Rooster made a splash as the only mobile eatery selling free-range fried chicken. Diners can select mild, medium, or hot chicken dressed in a variety of styles, from Nashville Hot Chicken to Buffalo. They also serve salads, side dishes, and breakfast all week long. As if that weren't convincing on its own, they even topped Washington City Paper's poll as DC's Favorite Fried Chicken. 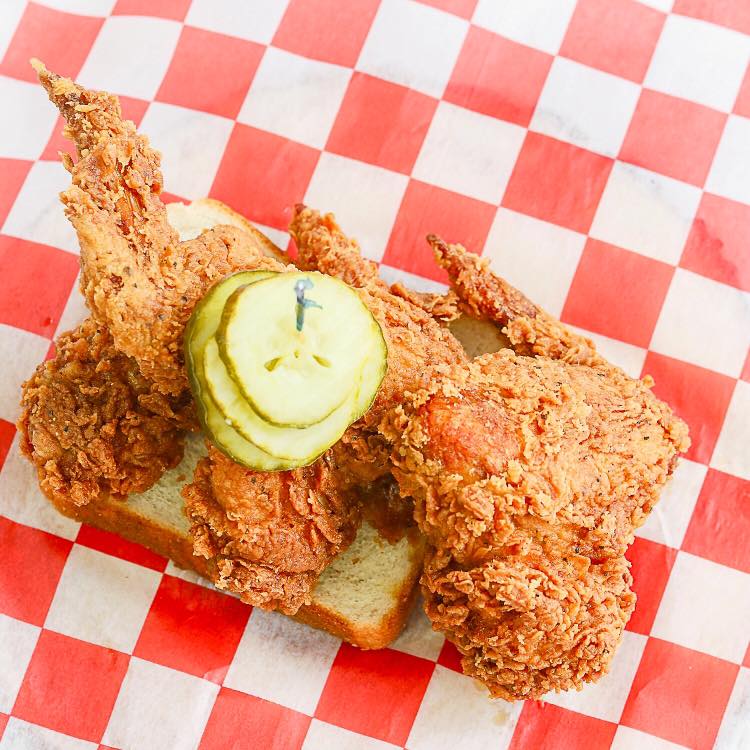 The Pike & Rose stop measures 1,843 square feet and will be the state's first location. But there's more on the way. Two more locations are slated to open in the District at Foggy Bottom's Western Market Food Hall and Ward 7's Skyland Town Center.

"We chose Pike & Rose in Montgomery County because we want to be part of a neighborhood that features premier retailers, restaurants and services,” Co-Owner Michael Habtemariam said in a statement.

The chain has expanded to three food trucks and operates three brick-and-mortar restaurants in D.C.: U Street, Tenleytown, and Woodbridge, Virginia, which ensures our nation's capital is well-equipped with southern-fried goodness. View their menu here.

Sounds mouth-watering, doesn't it? Have you tried Roaming Rooster before? Let us know in the comments, along with your favorite fried chicken sandwich!