In-N-Out is going full animal-style with its plans for new Colorado restaurants.

Lakewood and surrounding areas, there's a double-double or two in your future!

In-N-Out Burger has submitted paperwork with the city of Lakewood to open a site on 150 S. Wadsworth Blvd. The proposal is currently being reviewed by city officials who are gathering comments and possible changes for the company.

So far, there has been no opening date set, nor is there word on a deadline for plan approval by Lakewood city officials.

According to Realtor.com, the Lakewood site is an empty, 1.29-acre lot. 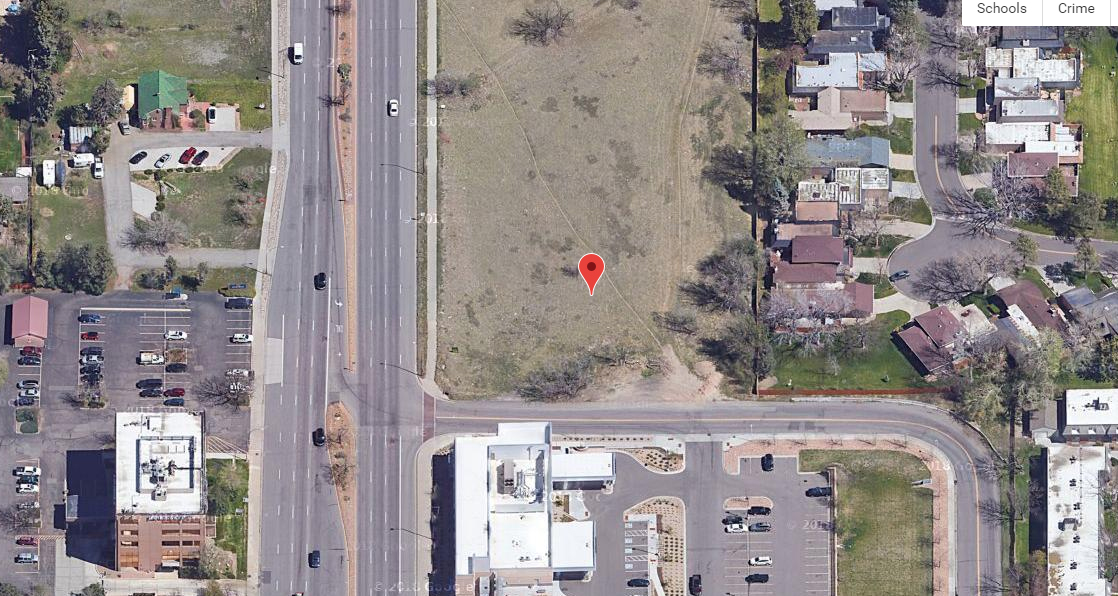 The approximate area of the proposed Lakewood location. Courtesy of Realtor.com.

This latest filed proposal joins several others recently submitted, including a site in Colorado Springs on Interquest Parkway, one in Lone Tree near Park Meadows Mall, one in Aurora in the Aurora Town Center, and one in Fort Collins, south of campus on College Ave. The chain has made big progress so far, as the Colorado Springs location is currently under construction, the 3,867-square-foot Lone Tree site was made official in November, with a tentative opening date of late 2020, and the Aurora site, to be housed in a former TGI Fridays location, was made official in December. There has been no word on the Fort Collins proposal as of yet.

The newest location is just another in In-N-Out's rumored plan of opening 50 locations in the state. It currently has more than 300 restaurants from Oregon to Texas, and has gained a cult following for its animal-style fries and burgers.

Are you excited for a Lakewood location? Do you think In-N-Out is worth the hype or is it no better than soggy french fries? Let us know in the comments!