Out of 120 covered bridges that were once spread throughout Maryland, only six remain.

Road trips and scenic drives have become a pastime for many during this time of pandemics and social distancing. With falling leaves, autumn colors, and crisp breezes in the air, there’s no better time to take a Maryland road trip.

We’re going to kick up the nostalgia and photo ops with a tour of the Old Line State’s historic covered bridges. Maryland has had more than 120 covered bridges over the past 200 or so years. There are only six remaining. Our trip is taking us from west to east. You can combine it with a quirky roadside attraction tour, a lighthouse tour, or just set off without a plan.

The original Roddy Road Covered Bridge was built in 1856. It was severely damaged in 2016 and replaced by the current replica, which is quite similar in appearance. At 40 feet long, it’s Maryland’s shortest covered bridge. It crosses Owen’s Creek in Frederick County. 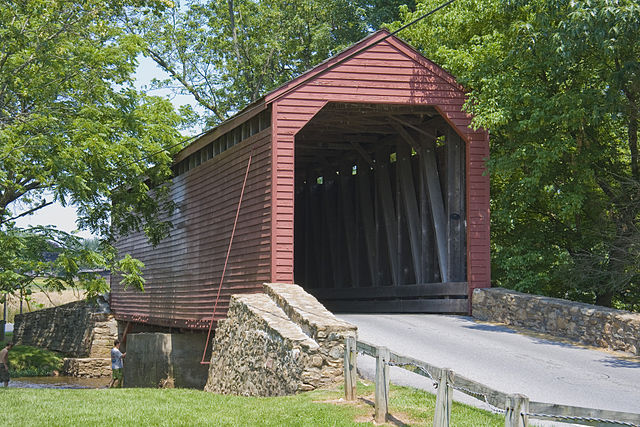 With fall colors surrounding it, Loy’s Station Covered Bridge is a great photo op. Located in Frederick County, it was originally built in 1848 and crosses Owens Creek. It was rebuilt in 1994 after the original burnt down in 1991. The current bridge is about 90 feet long. There’s a park with a playground, picnic tables, and grills. This bridge is also on the National Register of Historic Places.

Utica Mills Covered Bridge dates to 1850, but some think it’s older. Either way, it’s the oldest covered bridge still existing in the state. A 250-foot span was retrieved from another bridge that washed away by a flood in 1889. It was combined with more spans and rebuilt at the current location over Fishing Creek. It’s 101 feet long and still has timber from the original bridge (which is why some consider the build date to be around 1843, the date of the original bridge). 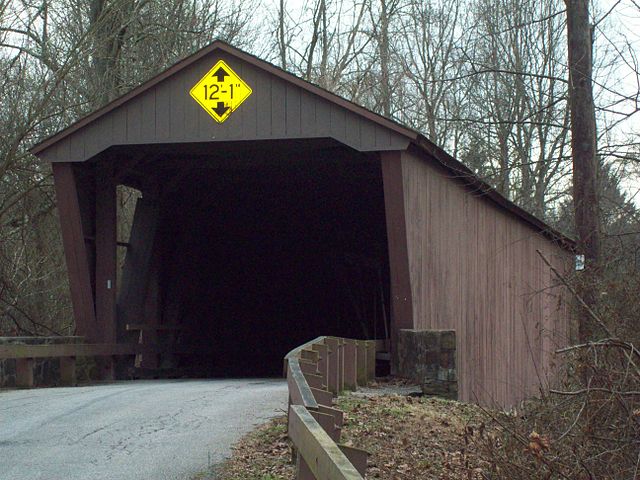 Located between Baltimore and Harford County, Jericho Covered Bridge crosses Little Gunpowder Falls. It was built in 1865 and is almost 88 feet long. Some say it’s haunted. We say that’s just an added bonus. Jericho is on the National Register of Historic Places. 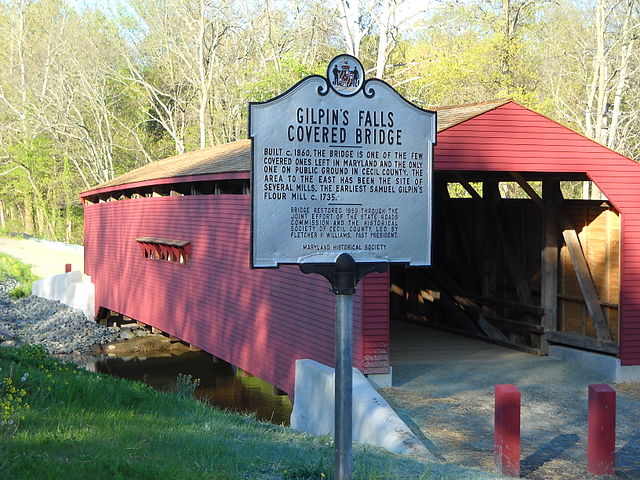 Gilpin’s Falls Covered Bridge is found in Cecil County. At 119 feet long, it's the longest covered bridge in Maryland. It was built in 1860 and offers stunning views. The structural design is known as a Burr arch through truss. It's a combination of an arch and a multiple kingpost design, which was invented in 1804 and is commonly used on covered bridges.

Foxcatcher Farms Covered Bridge was also built in Cecil County around 1860. At one time, it was known as Strahorn’s Mill Bridge. It’s located in the Fairview Hill Natural Resource Management Area and crosses Big Elk Creek. The bridge is 80 feet long and is only open to horseback riders, bicyclists, and hikers.

Have you been to any of Maryland’s covered bridges? Which one is your favorite? Let us know in the comments.